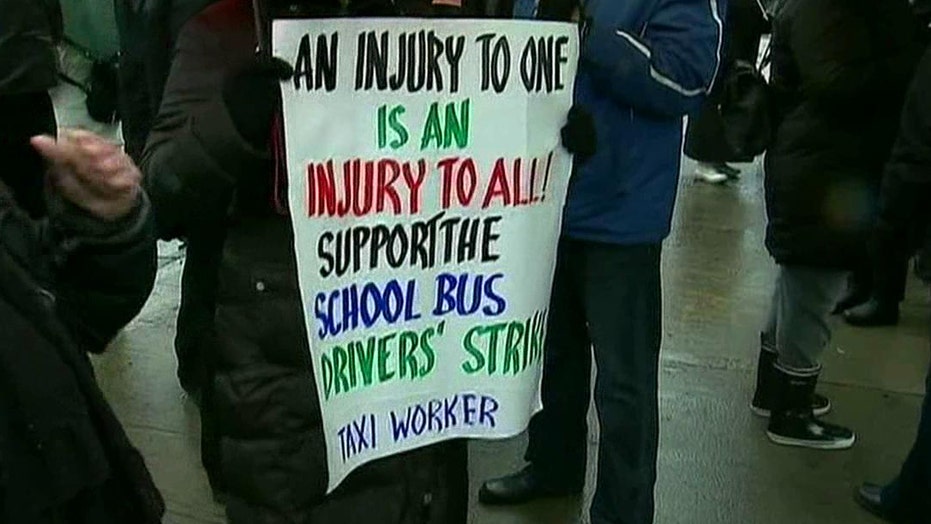 CHARLES PAYNE: The proof is in the numbers. You need a symbiotic relationship if you're a business. If you're going to make large investments in manufacturing for instance, that's a long commitment. What you don't want to say is that it's going to take you five years to make it up. You have a good year and then the unions walk out on you, they have a strike, shake you down - I think that's a big problem. Unions only care about unions.

DAGEN McDOWELL: I think that's evidence of the kind of growth that right-to-work states produce. A lot of this is the flexibility of work rules when you're really locked into what employees can do if you're a unionized company. We're in very volatile times economically. If a business begins to weigh in a little bit then you have greater flexibility as a business operator to modify when people work and what jobs they do. If you're a union shop then you cannot do that - all reasons to not unionize.

CHARLIE GASPARINO: We should point out that we have some of the highest unemployment in the Nation found in right-to-work states. South Carolina has very high unemployment so it's not a total one to one correlation.

ADAM LASKINSKY: I don't think it's any shocker as we've already been saying that there's been a shift. This shift has been going on for a long time. At some point we'll put a fork in the unions because clearly, they are dwindling. With that being said it's not a shock that these organizations will act in their own self interest. We could do entire shows on other segments in the economy that act in their self interest. We shouldn't expect anything other than the unions trying to get the best deal for their employees.

NEW CLASS FOR JOURNALISTS: HOW TO 'IMPROVE COVERAGE' OF HEALTH CARE LAW

CHARLIE GASPARINO: Any journalist who signs up for this should be taken out of the industry immediately. It is so stupid, it's unbelievable.

ADAM LASHINSKY: I disagree with Charlie. If you're a reporter covering the intricacies of this extremely complicated legislation and regulation then you have nothing to lose by going to a forum hosted by advocates.

CHARLES PAYNE: There is a difference because I happen to think that when they go into those rooms not only will the presenters be advocates, but so will the participants. Every magazine and newspaper that I see - they've come out of the closet on anti-capitalism, anti-republicans & anti-God and it's so bad.

DAGEN McDOWELL: A lot of this is a part of being a journalist. You have to know if you're being spun. There are plenty of really good journalists out there. We've witnessed it with the Lance Armstrong story.

DAGEN McDOWELL: I like this ad because Coke is actually stepping up to say, "Listen, all calories count & it's not just sugary sodas that make people fat." They're trying to be their own spokesman rather than letting Mayor Bloomberg do it for them.

ADAM LASHINKY: Charles should be embracing this ad because it's a very good example of the upside of capitalism. The down side is that they're sugary drinks, but people drink too much of it. The pendulum has swung too far from one direction. The food police and others have said, "Hey, too much of this is bad for you," and Coke said, "You know what, you're right!" Too much is bad for you.