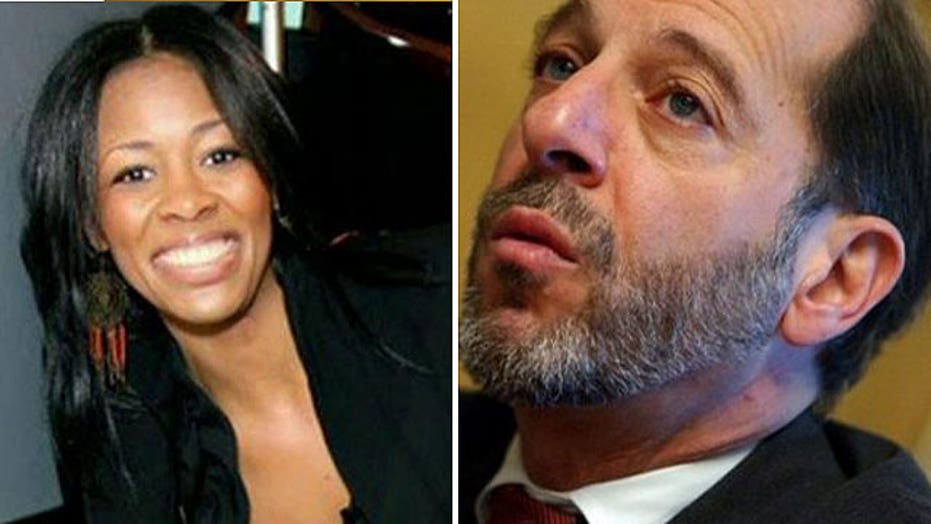 O'REILLY: "Truth Serum" segment tonight, two hot topics beginning with how radical college professors actually get hired. Recently The Factor reported on Boston University Professor Saida Grundy who is openly anti-white. Ms. Grundy has put together a number of tweets saying things like, quote, "Dear white people, you are all Ben Affleck. I'm not. Those euphemisms for your ancestors like farmers and pioneers means owned humans and killed natives."

Then there is Rashid Khalidi, Columbia University since 2003. Dr. Khalidi's escorted the New York Sun as saying, "A Palestinians have a right, a legal right to murder civilians. Killing civilians is a war crime whoever does it but resistance to occupation is legitimate in international law." So if civilians die in resistance like lobbing rockets into Israel it's fine with the doctor.

So, how do these really radical people actually get hired? I mean, this woman at Boston University we're all Ben Affleck now? I mean --

O'REILLY: You know, does this mean that I can say hello to Jennifer Gardner? Not only is she anti-white but she is -- I'm sorry I'm uncharitable. She is dumb. All right? How did she get hired?

SHAWN: Well, they don't have an H.R. Department that you go to. If you are a professor, your peers.

O'REILLY: All right. Say I want to teach communications at Boston U where I have a degree in broadcast journalism. So, I want to retire from here, don't tempt me, and go up there to teach. Guy in and who --

SHAWN: -- the faculty members of the Communications Department. What they do is --

O'REILLY: Vote on me?

SHAWN: Vote on you. It's not like H.R. with the boss. The faculty members have --

SHAWN: They put out the job opportunity.

SHAWN: They have a search committee, five or six professors. They call 20 people in --

SHAWN: They talk to them and then they decide who they want and the whole department votes on you.

O'REILLY: So, that means I have no -- hide anywhere.

All right. Not only B.U., nobody takes me. So what about tenure? Then you get hired and then you get tenure which means you can never get fired no matter how loopy you are.

SHAWN: Well, not really. The 40 or 50 professors a year are fired. Tenure though means you can only be fired for cause.

O'REILLY: That means if you throw a hand grenade into the classroom.

SHAWN: Yes, something bad. Financial issues. Tenure starts when you are a professor for about five or six years, you have to publish.

SHAWN: You have tenure for life. All the books you write --

O'REILLY: Okay. So that after five or six years of being on the faculty --

O'REILLY: Then do you have to apply for tenure or you're automatically get it?

SHAWN: You kind of automatically get it. But you just have to publish --

O'REILLY: You have to publish stuff which is not as hard now, I mean, you know. You can't get stuff from that. So, bottom-line is that the liberal colleges hire other liberal people in their own image, right?

O'REILLY: And there are about six conservative colleges. All right. Let's go to Kansas. They passed a law telling welfare recipients, people getting money from the state of Kansas, what they can do with the money. Tell me about that.

SHANNON BREAM, FOX NEWS ANCHOR AND CORRESPONDENT: There are limits. You can't use it at dog tracks, at strip clubs. You can't go on a cruise with the money.

O'REILLY: This is a card you get. Right?

BREAM: Yes. And they have also limited how much you can take out at a time to $25 cash at a time and that's what really gotten people fired up. And there may be some changes to that law because people say it's not fair.

O'REILLY: All right. But I'm still foggy on it you get a card from the state of Kansas. And this card is a welfare card.

O'REILLY: And you have access to cash at machines.

O'REILLY: But at certain limit. You can't go over your limit.

BREAM: Well, I don't know if it's a time limit. It goes into effect in July unless they change it and it looks like the Senate there in Kansas has gotten so much heat that they are willing to change and say maybe there's going to be some flexibility in that. Because they say, if people have to pay a charge fee like dollar fee every time they take out money, it could be a big chunk.

O'REILLY: All right. So, the main thing is that people getting the assistance from the state of Kansas, they want to take out more than 25 bucks. That makes sense, I mean, but they can buy food with this EBT card, right?

BREAM: Right. It works as a debit card for groceries.

O'REILLY: So, you know, all right, and then what is the state saying you can't do -- you can't get a tattoo with it?

O'REILLY: You can't go on a crews in Kansas because there is no water.

O'REILLY: All right. So you can't use it for any recreation.

BREAM: Well, not any in all recreation, but they do things like college football games, you can't use it for tickets to that. So, there are lot of caveats in there about how you cannot use this money that is taxpayer money that is supposed to be helping you get back on your feet.

O'REILLY: Right. But you think that they're going to change how much you can get --

BREAM: Twenty five limit. It sounds like there is a good --

O'REILLY: All right. There ought to be a crackdown on this stuff I really do. All right. Thank you very much, guys. We appreciate it.