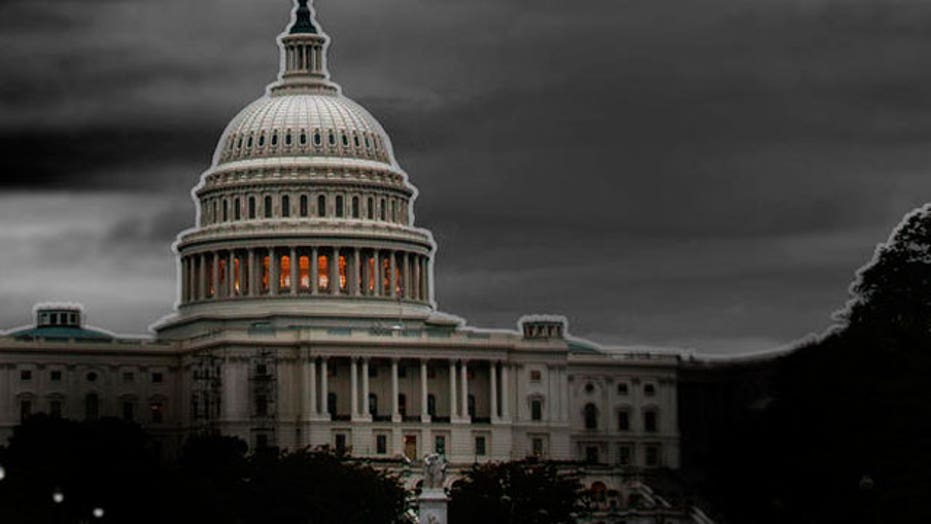 O'REILLY: "Truth Serum Segment" tonight, proposal to ban members of Congress from using first class airfare will not get a vote in the House. But should it?

With us now here in New York City Eric Shawn, from Washington Shannon Bream both are Fox News correspondents. How bad is this first class air deal -- Shannon?

SHANNON BREAM, FOX NEWS CORRESPONDENT: Well, Bill, your members elected at the House or Senate can fly first class any time they want. They get an allotment of money through the budget that's passed every year. This year this legislative operations branch got $3.3 billion and essentially it's divvied up among the different members. They get different amounts based on how far away they live from Washington. They have got to travel, they have got to have a staff. And they can use that money however they want. A number of members said listen, don't use your allotment for first class. We don't think it's appropriate. We have an $18 trillion deficit. We have got a ban on military members flying first class, why not for members of Congress but they couldn't even get it to a vote, Bill.

O'REILLY: Okay. So each senator and each Congress person every year gets money from the taxpayer to run their operation, correct?

BREAM: That is correct.

O'REILLY: But it's a lot of money. And then, therefore, the senators and Congress people, they lay out and usually through their chief of staff, who they have to pay, you know, 200,000 a year or whatever. These people don't come cheap, all right, how the money is being allocated. But we don't know how many of them fly first class, do we?

BREAM: Yes. And there is no ban on it at all.

O'REILLY: Right. So, they can fly first class. They can hire a charter jet if they want.

BREAM: That's how they want to use their money.

O'REILLY: But they don't get any more money than what they're allotted each year.

O'REILLY: But they can do a chart or they can do whatever they want. But wouldn't it be interesting to see how many of them are living large because that's always the accusation, that not only they make a decent salary and we don't begrudge them that but they have perks, they have parking, free gym membership. Cafeteria perks. Chief food, whatever it may be. And how many of them fly first class? I bet you most of them do.

BREAM: I have seen it many times myself. I fly in and out of DC all the times. But do I know if they're travelling on their own dollar which they can do over and above --

BREMA: -- public spending or if it's their own money. But we have all seen them in first class. That's not where I'm sitting.

O'REILLY: Okay. All right. So right now the system is going to stay the same.

O'REILLY: There is really no oversight on how they spend the money they just give them a block of money. But if you run out, that's it, you don't get anymore, right?

BREAM: Yes. And heaven forbid that you would have too much and have to give some back. I don't think that happens.

O'REILLY: Well, can't they use that money though if they don't spend it all for their campaigns and stuff?

BREAM: Well, you could use it on office supplies.

BREAM: They need a lot of pens. Maybe you need some markers. I don't know.

BREAM: I would approve that expense.

ERIC SHAWN, FOX NEWS SENIOR CORRESPONDENT: Yes. That's correct. The International Business Times advocated an investigation. But Bill, the question is there a connection? Is there any wrongdoing with this? They looked at the 2011 Saudi Arabian arms deal. They say Saudi Arabia had given $10 million to the Clinton Foundation. But that was before Mrs. Clinton was secretary of state.

SHAWN: They say Boeing, a few months before this deal, gave $900,000 to the Clinton Foundation. It doesn't look good, does it? Well, guess what Boeing told us? That money was for Haiti. For Haiti relief.

O'REILLY: But it really doesn't matter --

O'REILLY: It really -- what does Boeing get out of the U.S. government?

SHAWN: Well, it made nothing they say directly involved with this donation.

O'REILLY: Okay. So Boeing would put aside. But the 20 countries, including Saudi Arabia, they got arms, right? Now, they have to pay for those arms for the U.S.A.?

SHAWN: Yes, of course they do.

O'REILLY: But it has to be okay by the State Department.

SHAWN: It has to be okay by the State Department.

O'REILLY: So we ship them arms.

O'REILLY: And 20 of them donated money in the Clinton campaign. This doesn't look good.

SHAWN: Well, it doesn't look good. But the bottom-line is, the foundation has not responded to this story but they have said in the past that there is no conflict of interest.

O'REILLY: Of course they are going to say that.

SHAWN: Went above and beyond to make sure there is no conflict of interest.

SHAWN: Corporations donating is not a conflict of interest. They say --

O'REILLY: That's why the story, you know, and people are like this. But I think it's a very important story. All right, Eric and Shannon, thank you.