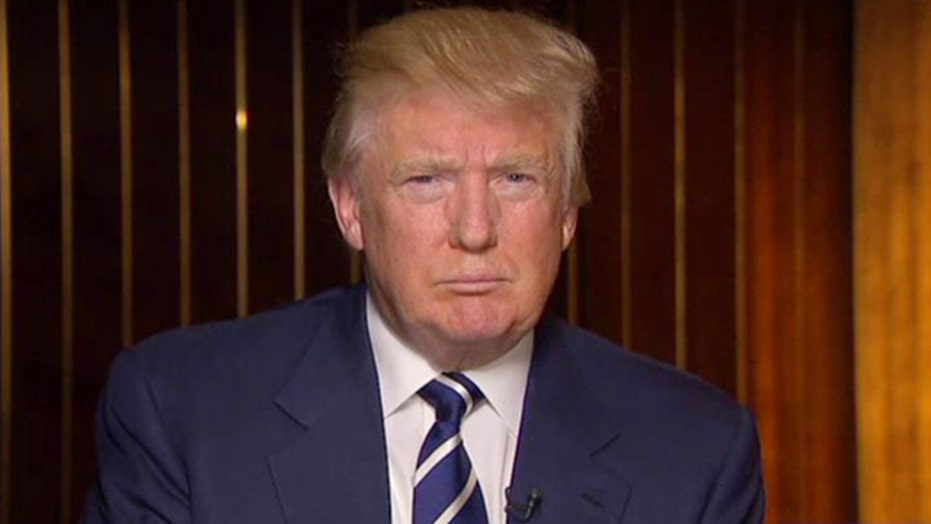 Trump: 'Last person I'd want negotiating for me is Obama'

Donald Trump believes Pacific Rim trade deal is 'a disaster for jobs in our country' and its supporters are not qualified to be president and that race relations are as bad as they've ever been under Pres. Obama

This is a rush transcript from "On the Record," June 22, 2015. This copy may not be in its final form and may be updated.

VAN SUSTEREN: Donald, big discussion, big picture in the news today and over past few days has been race relations in this country. The president used the "N" word today, which is striking a controversy in some circles. Secretary Hillary Clinton used the term "white privilege" over the weekend. Tell me, are all these discussions, I mean, tell me how are race relations in this country in your mind and what would you do as president?

TRUMP: Well, it's always going to be a big topic. There is no question about it. You would have thought, with an African-American president, at a minimum, you would have thought he would have been a cheerleader for the country. And frankly, it would have been a lot better but it hasn't worked out very well. It's probably as bad as it has ever been. It's a big problem. One of the things that you have got to do is get the country working again. Get jobs, create jobs.

Take jobs away from China. Take jobs away from Mexico and all the other places that are taking our jobs. People have no place to work. You know, the real unemployment number, Greta, is probably close to 20 percent. Might even be higher than that, according to many. We have to create places and jobs. If we don't do that, it's going to be a very, very long couple of years, I can tell you, and beyond.

VAN SUSTEREN: So you think that the deep wounds have historically been in this country are healed with more jobs?

TRUMP: Well, it's going to help. I mean, you need lots of things. You need family. You need jobs. You need education. But jobs is something we can really do something about quickly. We have to take the jobs away from other countries that are making our products. They are taking our money. And they are, in fact, taking our jobs. Whether we like it or not, whether people want to talk about it or not, you look at what's going on in Japan and China and some other places, you look at the manufacturing that's going on, we are not doing it they are doing it.

A lot of Republicans and president, bipartisan, want the TPA. Why do you see this as disqualifier for any Senator who votes for it?

TRUMP: Because lobbyists and donors, who really control the politicians in this country, they want it because they are representing companies that benefit. But the country is not benefiting. And I will tell you, we are really -- that is really a bad thing. I just mentioned jobs. That is really a bad thing. That trade pact is a disaster for jobs in our country. We should not have it. It doesn't talk about currency manipulation the way it should. It covers too big an area. We should do individual agreements with individual countries.

The fact is Obama is not a negotiator. The last person I want negotiating for me is President Obama. And he has got free wheel on this thing. So, it's absolutely a disaster for the country and a disaster for business and jobs.

TRUMP: Which would be very disappointing to a lot of people that are all talk and no action, the politicians. You know, there is a whole big thing out there. These people will never bring us back to the promise land. They will never do it. A lot of politicians and a lot of pundits are very disappointed and they said, oh, he will never file. Well, I filed. As of today, I'm filed.