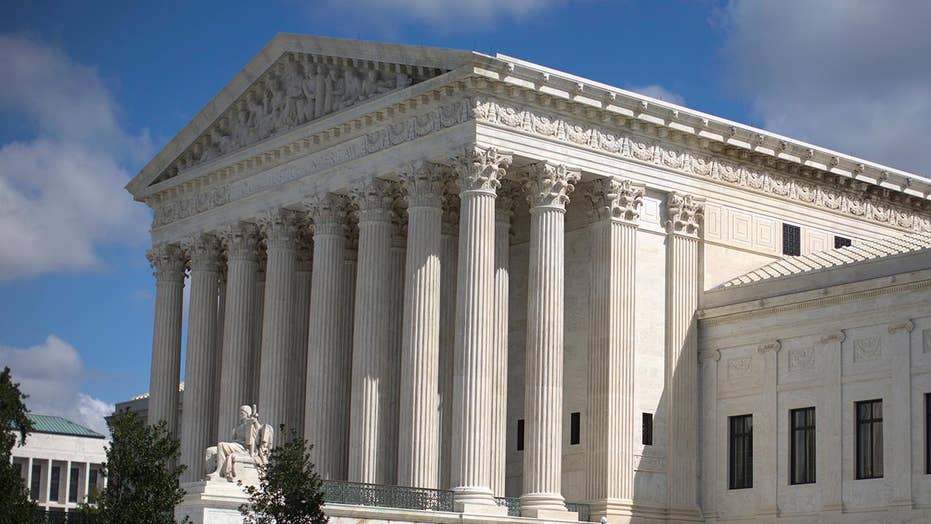 This is a rush transcript from "Special Report with Bret Baier," July 4, 2018. This copy may not be in its final form and may be updated.

SEN. BEN CARDIN, D-MD.: The president is looking at a list prepared by outside groups with the intention of changing the precedent of the court, particularly as it relates to women's rights and the right of choice.

SARAH SANDERS, WHITE HOUSE PRESS SECRETARY: We are not going to make a decision based on specific cases.

JON SCOTT, ANCHOR: So we are five days away from learning the name of the person the president will choose to appoint to the Supreme Court. Can he get that person passed the Senate? Let's bring in our panel: Charles Hurt, opinion editor for The Washington Times, we're going to call him Charlie, Charles Lane, opinion writer for The Washington Post, and Tom Rogan, commentary writer for the Washington Examiner.

So the tension is building. Everybody in Washington seems to have a guess as to who might be appointed. Charlie, I want to play for you some sound from the campaign trail. This is the president when he was still a candidate about a month before the election. Listen to this.

TRUMP: I am pro-life and I will be appointing pro-life judges. I would think that that would go back to the individual states.

SCOTT: So despite those promises, Charlie, from the campaign trail, Democrats and some Republicans like Susan Collins and warned him not to make an overtly pro-life choice. Isn't there some irony there?

CHARLES HURT, WASHINGTON TIMES: Yes, there certainly is. First thing, obviously this is the parlor game Washington loves the most. And I think one of the things Donald Trump doesn't get credit for and he should get credit for is the transparency of all of this. He loves to tease about this stuff, whether it's talking about when he's going make the announcement, or for that matter submitting the list to begin with.

But I also think that his ability to simplify things, and I know that his opponents would say he oversimplifies things, but his ability to simplify things down to the basic argument that we've been having in Washington over the Supreme Court for the past 40 plus, 50 years about whether the constitution means what it says or whether it means something that isn't in the constitution. He's going to win that argument, and he wins that argument by putting forth justices like Gorsuch and I think whoever he picks on Monday who believe that the constitution is exactly what it says. You can't add things to it without duly changing it. It's a fight that a guy like Donald Trump is uniquely qualified to fight and win, I think.

SCOTT: You have to give it to him. That's what he campaigned on. He said he would appoint conservative judges, and so far he has followed with that promise, Charles.

CHARLES LANE, WASHINGTON POST: Yes. I am not sure I would credit the president with having an elaborate, thought-out view of the Constitution. He is somebody who once talked about a judge signing a bill when he meant the judge signing an opinion, but he has been counseled by people who do have a doctrine. Leonard Leo of the Federalist Society in particular has been in the thick of this. And he is going to produce somebody from a list of people who are thoroughly vetted by the conservative movement.

For many, many years, conservatives have been stewing over the appointment of David Souter by President George H. W. Bush who turned out to be pretty much of a liberal on the court. And they are bound and determined that no such thing would ever happen again.

There's very little danger of another Souter being produced of this list, but what's fascinating is the way in which there's a conflict developing over whether it would be safe enough to go with someone like Brett Kavanaugh who is a dyed in the wool conservative on the D.C. circuit but perhaps not conservative enough for the pro-life forces.

SCOTT: Along those lines, Tom, liberals say that Anthony Kennedy, although he was appointed by a conservative president Reagan, sort of occupied the courts middle ground. He was kind of a swing justice, and therefore the president owes the court a middle ground kind of pick. But where does it say that in the constitution?

TOM ROGAN, WASHINGTON EXAMINER: It doesn't. and President Trump in terms of the rancor he receives from the left now I think is even less predisposed towards appointing a justice like that. I think we will see a conservative justice who reflects that deep background investigation, as it were. But what I also think is the conservative, pro- life conservatives in particular, shouldn't necessarily get their hopes up too much. I think Roe v. Wade will ultimately be overturned. You look at the balance of the court. The jurisprudence there has long been regarded - -

HURT: Even liberal jurists will say that there are huge problems --

ROGAN: But I don't think you will see from the Roberts court this move to allow states to, for example, where it matters, prevent Planned Parenthood from coming in and taking women to other states. That is the kind of weedy detail that this will spark.

SCOTT: Back with our panel in just a moment, and we'll talk about the state of the military on this Independence Cay. But we want to also take you back to New York Harbor were New York City police have successfully collared their suspected who climbed onto the Statue of Liberty after first climbing the base. You can see her there in the middle being led by two officers. She is bound in some way, whether it's handcuffs or something like that who we don't know. Maybe just a safety rope. But they are getting ready to place her on the ladder, and we hope escort her down safely, and at that point, we may find out what this is all about.