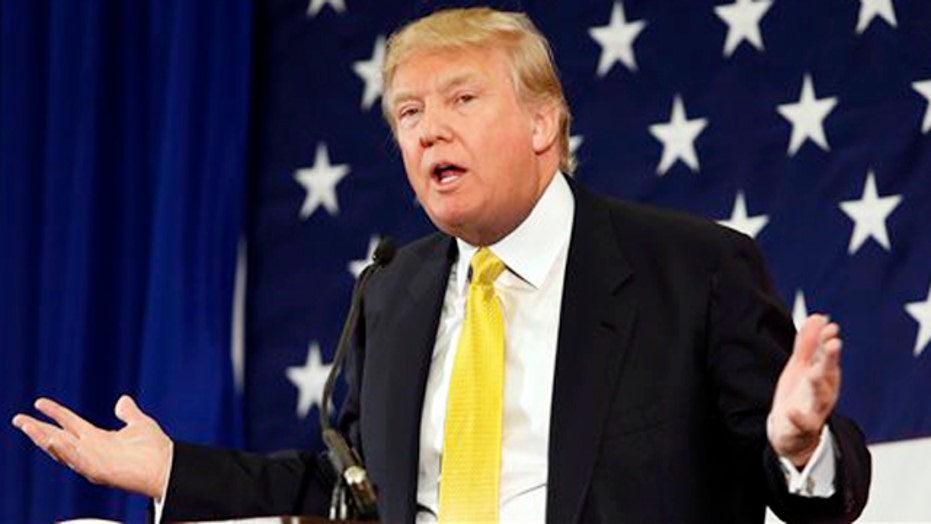 Reaction to attack in Texas

This is a rush transcript from "Your World," May 5, 2015. This copy may not be in its final form and may be updated.

But after this Texas attack, there is plenty of controversy on the plate -- why Donald Trump says all this taunting ain't exactly helping the Donald here now.

And Cinco de Mayo, the French magazine targeted by terrorists for publishing controversial cartoons by the Prophet Mohammed is about to receive the Freedom of Expression Courage Award at the PEN American literary gala tonight. That's a very big deal.

It follows that shoot-out Sunday outside a Mohammed cartoon contest in Garland, Texas.

To Donald Trump on if these type of events are just asking for trouble. He joins me now on the phone.

Donald, good to have you.

You were critical of the Texas event for doing just that. What do you think about this one planned in New York?

DONALD TRUMP, CHAIRMAN AND CEO, TRUMP HOTELS AND CASINO RESORTS: Well, I think this, Neil. And I think it's very simple. Our country has a lot of problems. We have got problems at every different level, whether it's economic or war and money that we're spending that we're not getting anything.

There's absolutely no -- I'm a bigger believer in free speech than she is, believe me. And I think it's very, very important. And we can't allow people to get away with bad stuff, the kind of stuff they're doing, the beheadings. We have to be tough and we have to absolutely go in and wipe out the bad. But for her to go in -- and I guess she makes money doing this. Something has to happen. What is she doing it for? This has nothing do with free speech. This is taunting. And all it does is cause trouble.

And, frankly, in Texas, they had a fantastic cop, policeman that did an unbelievable job, because these two guys were running in with AK-47s, and you would have had hundreds of people killed if this policeman didn't recognize the problem and with a regular pistol kill both people.

CAVUTO: Well, she says, Donald, you went a little far. She was on Fox talking about that. This is what she said about your criticism. I want you to listen.

PAMELA GELLER, MUHAMMAD CARTOON CONTEST EVENT ORGANIZER: And as far as Mr. Trump goes, he sure flaps his tongue and uses free speech and wishes to silence others. There's a war going on.

CAVUTO: What did you think of that?

TRUMP: Well, there certainly is a war going on. And she should be a -- she should be much more responsible because what she's doing is unnecessary. I will give you an example. Let her go out and talk about -- she's using those show free speech. She's not using it for any other -- and she's using it for her own purpose.

She's a -- she's a person that is doing this for her own purpose, Neil, and she's doing a terrible thing for our country.

CAVUTO: Then what do you make of this PEN American Center literary gala? There are some writers there who are boycotting this event, thinking that this magazine is the last to get awarded for freedom of expression, that they argue that it promotes cultural intolerance, Islamophobia. So, a number of prominent writers are opting out and protesting the events tonight.

TRUMP: Well, I fully understand them opting out. And I know nothing about the magazine, but I do know that they call themselves satirical.

Now, I have had satirical magazines over the years go after me. And what they do is use satire in order to not to tell the truth. They make it satirical. And this way, they can say anything they want about you. So, they were taunting, and they really taunted, and guess where they are right now?

I only say this. Nobody believes stronger in free speech than me. And I'm much tougher than she is in any different way you can -- whether it's military, whether it's beating ISIS or anything else. But for her, with all the problems this country has, for this woman that nobody ever heard of to go out and taunt -- and that is what she's doing -- and provoke attacks like the one that almost took place -- this was -- a fantastic policeman did a fantastic job.

TRUMP: Just the opposite.

CAVUTO: How would you answer that?

TRUMP: Just the opposite. If they are doing wrong -- and, for instance, the beheadings, I would do things that nobody would do. I would do things and be tougher than anybody. But what's the purpose of her doing this?

All she's doing, she's a provocateur. All she's doing is provoking and taunting people. And this country has enough problems right now.

TRUMP: We have to be smart, not dumb, like what's happened.

CAVUTO: All right. Well, that seems to echo something Governor Mike Huckabee said today in announcing for president when it comes to taking on guys he calls the bad guys. This if from Mike Huckabee today. I want your reaction.

FORMER GOV. MIKE HUCKABEE, R-PRESIDENTIAL CANDIDATE: When I hear our current president say he wants Christians to get off their high horse so we can make nice with radical jihadists? I wonder --

HUCKABEE: I wonder if he can watch a Western from the '50s and be able to figure out who the good guys and the bad guys really are.

TRUMP: Well, I agree. We have to be very tough, because what's happening to Christians over there is just unbelievable, to look at the beheadings and everything else. And I'm very much involved in that whole situation also in terms of, we have to be tough, we have to be smart, we have to be military --

CAVUTO: Well, what do you think of his presidential chances?

TRUMP: I think it's a long shot.

CAVUTO: All right, well, you mentioned in a prior visit Carly Fiorina, who's also in there now, the only woman in the race, the only former business executive in the race.

She took great offense to that.

TRUMP: Well, she doesn't have to take great offense. And I think she's probably a very nice woman. I don't know her. All I can say is, you don't lose your job and get fired -- and she did get fired viciously. You don't lose your job, you get fired for not doing a good job, you then go to California, you spend a lot of your money to run, and you lost in a landslide. You lose in a landslide and now you say, OK, now I'm prepared to run for president. It doesn't work that way.

CAVUTO: But, I mean, she does have business experience, whether she was forced out or whether there was shareholder revolt or a board revolt.

TRUMP: But it's not positive business experience. She got fired. I built -- as an example, if I run, I built an unbelievable company worth billions and billions. And, by the way, if I run, I will put my financials out right on day one. If I run...

CAVUTO: Donald Trump, thank you very much. Good -- good having you again.

TRUMP: All right, thank you very much, Neil.