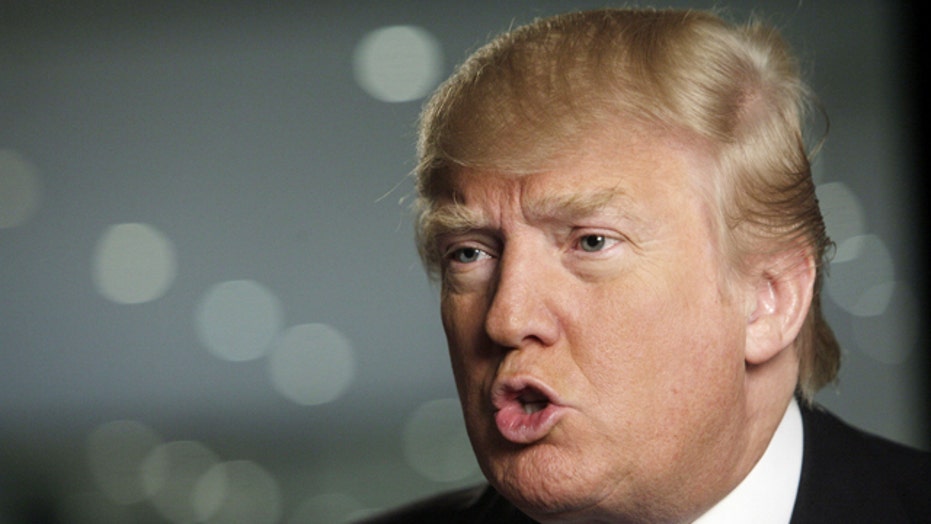 Trump: ESPN, NASCAR bailed because they want to be PC

'The Donald' dismisses departure of NASCAR and ESPN events as 'no big deal,' saying they'll be back and they left because he is against illegal immigration, he 'speaks the truth.' Trump also reveals whether he'd consider running as third party candidate

This is a rush transcript from "On the Record," July 7, 2015. This copy may not be in its final form and may be updated.

But first, is the backlash against Trump fair or unfair? You tell us. Tweet fair or unfair using #Greta and your votes will actually appear on the screen in our "On the Record" poll as you watch our interview with Donald. Moments ago, we spoke to Donald Trump, so go vote and listen.

VAN SUSTEREN: Donald, thank you for joining me.

VAN SUSTEREN: Always good to talk to you. And, Donald, you made news again today, ESPN and NASCAR is the next two to, I don't know, to slap you around a little bit.

TRUMP: Well, you know, it's really amazing. Big headlines, NASCAR, You know what NASCAR was, they were renting a ballroom at Trump National Durrell for an evening, and they lost a big deposit. So now I will rent it to somebody else, maybe somebody getting married which would be nice. And so I get two for the price of one. And with ESPN, you know that was a big deal all over the world, ESPN drops Trump. You know what it was, it was a golf outing at my golf course in Los Angeles, it was a simple golf outing which by the way, they left a big fat beautiful deposit on the table, and they have to go to a course that is not even nearly as good. That's one of the best courses in the world, so you know, it's unbelievable. You hear NASCAR, the ESPN leaving Trump. One was a banquet and the other one was a simple golf outing, and by the way, now other people will play golf so I will get two fees instead of one. The whole thing is crazy.

VAN SUSTEREN: Do they call you ahead of time or how do you learn about this?

TRUMP: Well, I heard about it and you know one is a banquet. People don't call me up when somebody doesn't go to a banquet, so it's not a big deal. And by the way they will both be back next year as soon as things blow over.

VAN SUSTEREN: Are you sure? Are you sure? You've had, Macy's, NBC, Univision, I mean they're coming at you from all different directions.

TRUMP: Well, you know its things that I handle. And why are they coming at me? Because I'm against illegal immigration, because I speak up for the country, I'm against illegal -- if you look at it, what's very simple, illegal immigration, I'm totally opposed to it. You see what happened in San Francisco with that beautiful young woman who was shot standing with her father by a man that shouldn't have been here. We threw him out five times and Mexico sends him back in. In my opinion, the Mexican government forced him back in. They force many criminals back into our country and that's what I have been talking about, and frankly, people have given me great credit for talking about it. I brought a subject to light. But because I'm against illegal immigration, these people bailed because they want to be politically correct. Yeah, I think they will be back.

VAN SUSTEREN: Let me bring you back -- let me bring you to -- there's a Washington Post article about the Trump Hotel. Now, I was in there a short time ago with you and I actually talked to the workers with you and they seemed -- I have to admit they were very pleased to talk to you. They seemed very happy to have a job with you. Now there is some backlash against you from a number of them. And included in the report today is that many of them came to the United States illegally, became legal, now they are working for you. What do you say about that?

TRUMP: Well, I think it's wonderful if they came here and they are legal. But, I know the company that I hired, which is highly respected, one of the biggest in the world to build it, and we put very big strong pressure on them. They watched to make sure they are legal. And if you read the article carefully, they don't have anybody illegal, they have people that ultimately they were illegal, they became legal, according to the article. I just read the article 10 minutes ago. And it seems to me that everything is very good because they were legal. I didn't notice where anybody illegal was working in the building.

VAN SUSTEREN: Is there any -- are you considering at all -- since you are getting heat from every single direction, is there any chance that you will get out of the race with this?

VAN SUSTEREN: But you have to understand something, a lot of people are saying it and you see it too, they say Trump is the only one that speaks the truth. I'm the one that brought up illegal immigration. This wasn't even a subject. And I brought it up. And I brought it up before the young lady was killed, and then that became a big story. But you have thousands of instances where illegal immigrants that come through our porous border are killing our citizens, and lots of other problems they are bringing with them. I mean the jails are loaded up. The hospitals are loaded up with people. And it's a horrible situation. Nobody ever brought it up. And then I watch some of the political pundits and they hate when I bring this up and I say how -- aren't we all on the same side?

Look, I have a very, very simple life. I have a wonderful company. I have a great, great family, all this stuff. But I want to make America great again. That's more important to me than my company. That's a very important thing, to make America great again. We will never be great if we keep going like this. We will never be great again as a country. And I have tremendous support. And I think you see that, Greta, in the polls. People are shocked.

VAN SUSTEREN: I wanted to ask you about that. The latest Quinnipiac poll has you in second place out of a quite a big field, which is, you know, I don't know about 13 or 14 now, and you are in second place. In the event that you don't get the nomination, would you ever think, because of the strength and support that you do get that you tell me that you have, would you ever do like Ross Perot, and run as a third party?

TRUMP: Well, a lot of people would like me to do that, but I have not given it any thought, because I'm number one in some polls, and I'm number -- as you saw the Huffington Post has me as number one. And, you know, and all because I speak the truth. And I will make this country so strong, and I will take care of the military, and there are so many things that have to be done to make us strong and great again.

VAN SUSTEREN: I think what the Republican Party may be worrying about is that -- because you are such a maverick, is that in the event that you don't get the nomination and that you have a strong following as you do, is that somehow you become a spoiler and go rogue on the Republican Party. And that's why I ask you would you ever consider it or -- will you support the Republican nominee no matter who it is?

TRUMP: Many people have asked me to do that, and I will say that I love the Republican Party. I think they are making tremendous mistakes. I think they are far too weak on immigration. I think they are weak on a lot of things. I watched Jeb Bush, I think it's pathetic what's going on his stance on common core. He is in favor of Washington educating his children, his weak stance on immigration. He said it's an act of love. What kind of stuff is that? That's baby stuff. So I will tell you I have many people that have asked me to go independent, and I think I would do very well if I went independent. But that's not my thinking. My thinking is to run as a Republican.

VAN SUSTEREN: Donald, always nice to talk to you.

TRUMP: Thank you very much. Have a good time.