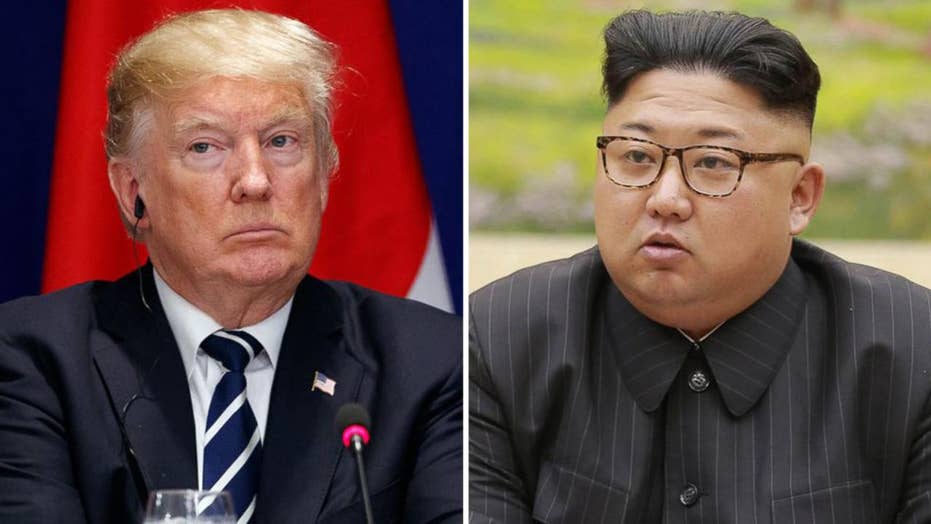 Could a Trump-Kim summit take place after all? Reaction and analysis from the 'Special Report' All-Stars.

This is a rush transcript from "Special Report with Bret Baier," May 25, 2018. This copy may not be in its final form and may be updated.

DEFENSE SECRETARY JAMES MATTIS: There's possibly some good news on the Korea summit where it maybe our diplomat can pull it off may have it back on even.

MIKE EMANUEL, FOX NEWS: So maybe the U.S.-North Korea summit will happen. We have some bipartisan reaction from Capitol Hill. Let's take a listen:

REP. BRAD SHERMAN, D-CALIF.: Maybe the summit happens. Maybe it doesn't. But I think we have put ourselves in a bad position where we would be blamed for the summit's cancellation. But by canceling it, it makes them look like they are more interested in peace than we are. That's a mistake.

SEN. JAMES RISCH, R-IDAHO: Everybody needs to take a step back, take a deep breath and understand that this isn't the situation where the two agree to meet. They go in to a room, have a conversation, come out and shake hands sing kumbaya and it's over. This is incredibly complicated. It's going to take time.

EMANUEL: And with that I'm going to take a deep breath, and let's bring in our panel: Steve Hayes, editor in chief for The Weekly Standard; Karen Tumulty, opinion writer for the Washington Post, and Charles Hurt, opinion editor for The Washington Times. Steve, does it happen?

I think it was smart for the president to take a step back here. He seemed at least in his public comments very eager for not only the summit but for a deal saying things about Kim Jong-un that I don't think were true, giving him too much respect, saying he was very open and very honorable. At one point the president tweeted that Kim Jong-un had agreed to denuclearization, which he hadn't. So I think it's smart that the president took a step back here. I think he had Mike Pompeo and John Bolton in his ear on either side of him telling him, reminding him of the history of the North Korean behavior on this.

EMANUEL: Speaking of presidential tweets. We have one here. Let's take a look. The president tweeting "Very good news to receive the warm and productive statement from North Korea. We will soon see where it leads. Hopefully long and enduring prosperity and peace. Only time and talent will tell." And Sarah Sanders, the press secretary, also provided this update.

EMANUEL: So, Karen, your thoughts at this stage?

KAREN TUMULTY, WASHINGTON POST: Of course we should all be rooting for a long lasting and real solution. But it's not only time and talent. I would hope that the administration, one of the things that they have learned is that the other two things that you need going into this kind of meeting are preparation and message discipline. And both of those things really seem to be lacking starting from the moment that President Trump announced that the summit was happening without consulting his foreign policy advisors or his own administration.

EMANUEL: Charlie, your thoughts at this stage?

CHARLES HURT, WASHINGTON TIMES: I think it's interesting to listen to some of the Democrats complain about some of the strategy here. I think it's politically tone deaf because, as you say, Karen, everybody should be rooting for some success here. And the notion that you have some Democrats who are obviously just making a partisan claim criticizing the president for even having the meeting and giving him -- Kim Jong-un some new stature that he shouldn't have had. My goodness we just went through eight years of not only whatever they called it, the strategic indifference in Korea, but also the negotiations with Iran. The problem wasn't that they were negotiating with Iran. It's that they fell for a terrible deal.

And of course, John Kerry during that time was so desperate to get a deal he practically moved in with the foreign minister of Iran and wound up with a really, really bad deal. So that's the problem there. So I think to step back now and have Democrats almost gleeful when the talks got called off, it is a -- they are tone deaf again politically speaking.

EMANUEL: Was some of this the art of the deal at work essentially? You saw president pull out yesterday and then North Koreans last night around news time were saying wait a minute, we would still like to talk.

HAYES: I think the president at least deserves some running room here for it being exactly that. And to have somebody like Bob Menendez lecturing Mike Pompeo yesterday about the art of the deal is not the same of the art of diplomacy. My goodness, I mean, the experts have been in charge for a long time, and what do we have? We have a nuclear North Korea and nearly a nuclear Iran. So obviously maybe switching it up and trying something different might not be a bad idea.

TUMULTY: Yes, I do. However, one thing we have also learned, I think, from this is that when President Trump was running for office he said I like to be unpredictable. He has, I think, discovered that you can you overdo unpredictability as well.

EMANUEL: Steve, we have seen a bit of a dynamic of Mike Pompeo, perhaps, being the good cop in these negotiations and then John Bolton behind the scenes perhaps being the bad cop. Is that your read of things?

HAYES: Well, if have you got Mike Pompeo being the good cop on North Korea that's a pretty hawkish place to be. I would imagine that Mike Pompeo is giving the president advice that suggests he take seriously this long history that we talked about earlier and not fall for any public gestures that Kim Jong-un might engage in. Look, Pompeo knows arguably more about this than anybody else. He has been there and met with him. I think he probably has a good sense of what the actual ask was, what the real conversations were better than anybody else. But he is also, I think, quite aware of this history, and the history is what has to be our guide as we go into these discussions.

EMANUEL: So how do you see the next few weeks?

HAYES: I think Karen is right. I suspect it will be unpredictable. I expect there will be more ad hoc decision making. It can be a strategic advantageous to be unpredictable with your enemies. But if you're working with your allies, it's not good to have our South Korean allies be totally shocked and spun up into bewilderment by an announcement like this. It's important to keep them on board to talk to the Japanese, to talk to others that need to be supporting what we are doing in these talks.

EMANUEL: In the end does the dear leader walk away from the table?

TUMULTY: The thing is that one thing we have to understand is what these nuclear weapons mean to Kim Jong-un. And they are literally tied to his actual, physical survival. So I think that, again, we have to understand this is not -- the president keeps saying well, we could bring you economic prosperity and we could guarantee your safety. Kim Jong-un knows he has got a guarantee of his personal safety, and those are those nuclear weapons.

EMANUEL: Charlie, briefly, do you expect a result? HURT: I do. It may not be on the date that they predicted, but I do predict there will be some kind of meeting out of all this.