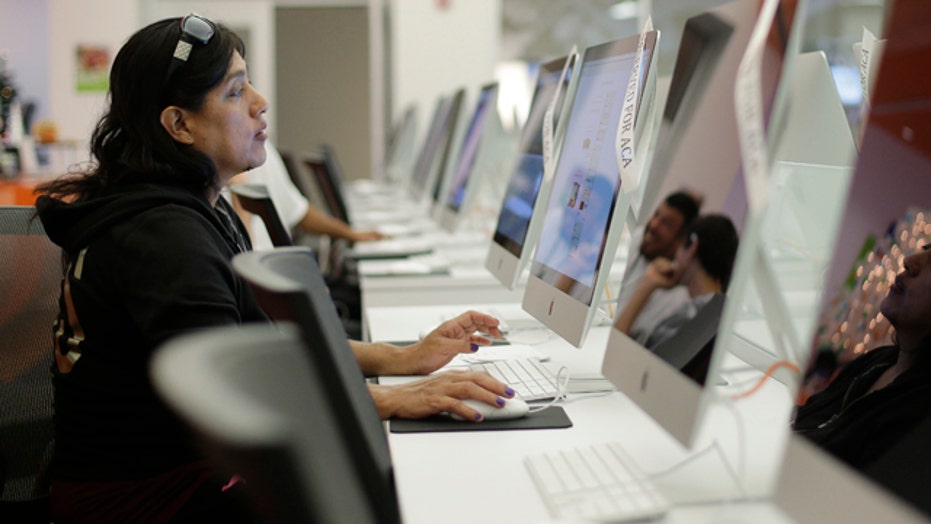 Are individuals at risk of identity theft?

JOHN TAMNY: It is unnecessary to have government trained community organizers helping people navigate the website. This is something insurance companies do every day and they should have their employees do it. The bigger picture in defense of these navigators is they are merely a symptom of the much bigger problem, which is the Obama Administration's obnoxious conceit that it can create a health care market out of thin air, the better answer is to repeal it.

RICK UNGER: Insurance brokers do have people like this that do help customers figure out what the best policy is for them, that's all the navigators are doing. This is a tempest in the tea pot; leave these people alone, they are trying to do something good. There are lots of ways to attack ObamaCare and this is not the way to do it.

ELIZABETH MACDONALD: We can't stop oversight of this, navigators telling people how to under report income to get tax subsides. The health reform is turning into a real crass act.

STEVE FORBES: These people are there because of the incompetency of government. The more incompetent it becomes the more complex it becomes, the more people it has to hire. To have easy access to that kind of information with no safeguards just shows this whole thing needs to start over from scratch.

RICK UNGAR: People in Hollywood are a more normal then you would expect. I have friends on Wall Street that my Hollywood friends wouldn't be able to keep up with when it comes to hedonism. You take people as they come. I don't know DiCaprio, I don't know how he lives his life, and I'm not going to judge him. But don't just pin this on Hollywood because they are an easy target.

RICH KARLGAARD: I think he was pointing out the embodiment of a certain kind of person who cheats the rules. I don't think there is any more hypocrisy in Hollywood than there is in professional sports or in this presidential administration. I think human foibles are spread evenly across professions.

ELIZABETH MACDONALD: DiCaprio is talking about hedonism in all levels of society. I think what he is saying is that there is no shame anymore.

BILL BALDWIN: I don't consider DiCaprio to be an expert on economic matters. Our economy for good or ill is built around consumerism. In terms of being self-indulgent hypocrites, there is no question that Hollywood is pretty bad, but not as bad as politicians or media types.

JOHN TAMNY: My view is people should live as they want as long as they don't make other people pay for their lifestyle. What is far more corrosive to society than a man living well is when people live off of others. That includes corporate welfare, bailouts, crony capitalism solyndra, and people taking handouts from the government. That is much worse than someone living well and taking big fancy trips.

STEVE FORBES: In terms of big government, when big government goes off the rails like debauching the dollar, crony capitalism, regulations that no one can understand, bureaucrats that can do whatever they want, that undermines social trust as well.

JOHN TAMNY: GM should pay us back by filing for bankruptcy. When governments bailout businesses they rob the economy of recovery because they are perpetuating failed business practices at the expense of good ones. The reality is if GM would had been allowed to go bankrupt it wouldn't have vanished, it would still exist today, the only difference is it would be run by CEOs and executives who actually have a clue about how to make cars profitable.

RICH KARLGAARD: It may get under our skin that GM was bailed out, but the fact was it done legally. The more dubious thing was putting union people ahead of bond holders, that I hope gets litigated in the future.

RICK UNGER: For better or for worse, what the president of GM is saying is correct. We did do it as an equity deal, it may have been smarter to do it part equity part debt, but we didn't do it. I'm still glad we did the bailout, I think it saved a lot of people.

STEVE FORBES: We are not going to get paid back, and politicians should not be involved in bankruptcies, they are already doing it to the government.