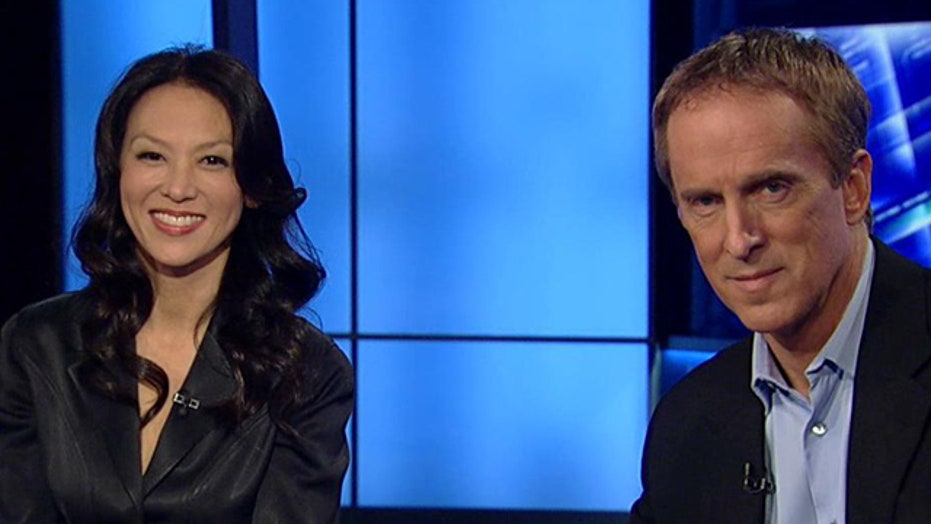 This is a rush transcript from "The Kelly File," February 5, 2014. This copy may not be in its final form and may be updated.

MARTHA MACCALLUM, HOST: She made waves with a book on raising children the Chinese way and now the 'tiger mother' and her husband are out with a new book, it's called "The Triple Package, The Three Unlikely Traits That Explain The Rise And Fall Of Cultural Groups In America." Amy Chua and Jed Rubenfeld, both are professors at Yale Law School, they are no slouched themselves. I want to jump right in. This new book basically says certain ethnic groups are outperforming other groups in this country and it's got a lot of people riled up. Amy, who are these groups and why are they so successful?

AMY CHUA, AUTHOR, "THE TRIPLE PACKAGE": At the moment - and I want to stress it's a snapshot of whose successful now, not permanently better. We look at Mormons, Jews, Chinese-Americans, Iranian-Americans, Lebanese-Americans, Nigerians, Cubans, and there are dozens more, but we are saying, look, they are hitting it out of the park. Can we not look at what they're doing, how they're raising their children and is there anything we can learn? How are they rising, in this tough economy?

MACCALLUM: These are groups that are newer to the country. We were saying before we started talking, there the Irish immigrants and Italian immigrants of the turn of the century who had an intense hunger to succeed in this country, right?

JED RUBENFELD, AUTHOR, "THE TRIPLE PACKAGE": And it's just that hunger that we're talking about. We looked at all these groups, it's a remarkable thing -- a tough economy, jobs hard to come by and yet some groups are hitting it out of the ballpark. And our point is let's looks at them. Let's look at the families, let's look at the cultures, let's see what's going on, let's see how they do it because we can learn from it?

MACCALLUM: In your first book, Amy, it was almost like you were trying to make sure that those traits stayed in your kids. They have successful parents, been in the country for a while. That hunger that you were raised with, that you wanted to keep it in them.

CHUA: And it is hard.

MACCALLUM: It is hard.

CHUA: A huge feature about this book is generational decline. As soon as you are a little bit successful and you're more comfortable, it's hard to instill that hunger in your kids. This need to prove yourself, that's what these first qualities that we talk about generate -- the need to prove yourself, that's the opposite of being entitled. So one thing is -- how are these groups raising kids -- that in a way still have that hunger to strive? I guess.

MACCALLUM: It's really about a work ethic, too. Right Jed? How do you instill that work ethic in your kids and what lessons are you learning from these cultural groups in how they do it.

MACCALLUM: Right. So you're good but you're not good enough yet and if you want to get really good you're going to have to stay focused and disciplined. It's a really interesting thing to think about. I give you guys a lot of credit for writing this book. I know you've taken some heat for it. Good to have both of you here, Amy and Jed. Good luck with the book.