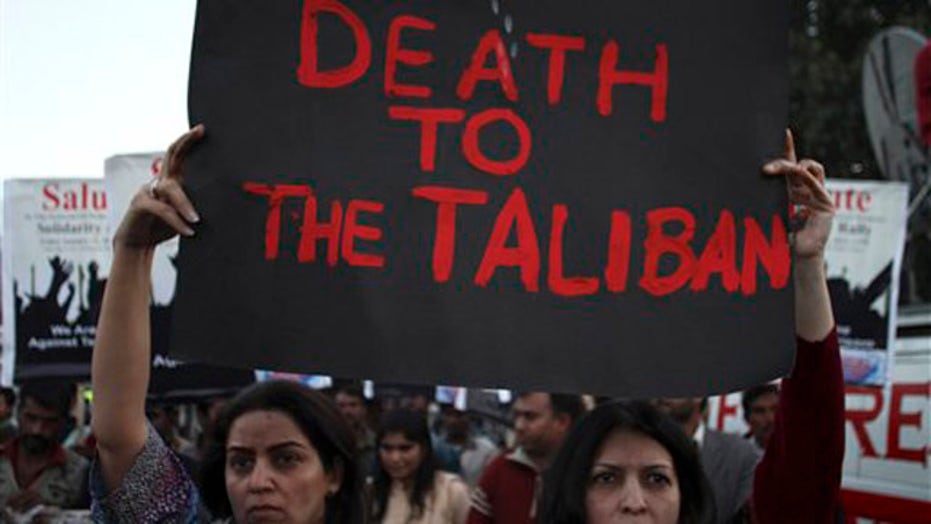 The truth about fighting the Jihad

The importance of acknowledging the dangers of Islamic extremism

O'REILLY: Continuing now with our lead story, the truth about fighting the jihad.

Joining us from southern California, Dr. Ahmed Younis, Teachers' Educational Studies at Chatman University. And he's the author of the book "American Muslims Speak the Truth". And from Portland, Oregon, Harris Zafar the author of the book, "Demystifying Islam: Tackling the tough questions".

Mr. Zafar, I begin with you. Is my "Talking Points" unfair?

HARRIS ZAFAR, AUTHOR: To be fair actually no, it is not although Mr. Kareem Abdul-Jabbar does bring up some solid points in his article. I do disagree with his conclusion that religion has no part to play in what is happening. I mean when people behave badly and they use religion as a justification we have to report it as such.

But for us, instead of just relying on a community leader and organizer let's look to a religious leader.

So for example the Khalifah of Islam of the Ahmadiyya Muslim Community, the largest Muslim population, Muslim organization in the world has not only paid the ultimate price with our own lives by continuing to speak up for peace. We've called such people Muslims. We've condemned their acts and our khalifah continues to condemn their acts on Islamic grounds.

O'REILLY: But the problem is that these leaders, as brave as they are, don't have any power. And you have a number of theocracies around the world, Dr. Younis, like Iran, that is the best example because today President Obama spent a lot of time explaining the danger that Iran poses to the world by trying to get a nuclear weapon because everybody believes in the West that if they do get a nuclear weapon they will hand it off to a terrorist group who will then attack Israel or attack the West. So this is a theocracy run by mullahs -- all right. And the whole country of Iran has to bow to Allah. Yet we see Iran time after time after time do terrible things. So of course, Islam is in the equation. Or am I wrong?

AHMED YOUNIS, AUTHOR: Well, sure Islam is in the equation and it's misunderstanding and it's misinterpretation as a part of radicalized terrorist ideology. It's definitely relevant.

The challenges that we have is that all of the examples that you cite are examples of oppressors. They do not represent Islam legitimately. And the people who are suffering under these regimes are the ones that are saying that the dictatorships are not Islam and the terrorists are not Islam because if you call them Islam, you give them the game. They become legitimate and we the moderates become illegitimate.

O'REILLY: Ok. But that is theoretical. The reality is in this world, Islamic nations are causing an enormous amount of trouble so you cannot take Islam out of the equation as Mr. Abdul-Jabbar would like to do because these theocracies are based on, they say, the teachings of Allah.

YOUNIS: Yes. And we refuse to yield to them the legitimacy and authority of Islam --

O'REILLY: But they already have it.

O'REILLY: They control their population.

YOUNIS: They are political governments that have dominion over Muslim individuals who, for the most part, want freedom and it is our job to help them attain such by democratizing --

O'REILLY: I don't disagree with that. It is our job to undermine regimes like Iran which pose a threat to the world.

But again, Mr. Zafar, we go back to the legitimate point that you have to discuss Islam and you have to discuss the religion because that is what is driving this terror around the world. A misinterpretation and I do agree with both of you and Kareem in that.

Yes and that is why -- like you said, we shouldn't stay in the theoretical let's stay in the practical. And instead of looking to these insane political leaders of government who we have consistently confronted, let's look at the body of actual scholars and that is why I cite his holiness, the khalifah of Islam because it's --

Now Barack Obama is buying into, unfortunately, the theory that we cannot hold the Muslim world accountable for this terrorism. And I think that is dangerous, Doctor, because if the United States doesn't mobilize the Muslim nations against the jihad, we are never going to defeat it.

YOUNIS: Look, it's an ideological war. In that ideological war, each side is attempting to say that its position is Islam. If Barack Obama calls it Islamic terrorism, kids in a cafe in the slum in Afghanistan are going to point to the TV and say look, we are winning. It is Islamic terrorism, two points for us. He's doing what Bush did. He's doing what all terrorism experts say we should do.

YOUNIS: Look, Muslims have a strategy. Muslims, in their homes and in their mosques, in their streets, in their community organizations have to push back against jihad.

O'REILLY: But they are not doing it in any meaningful way.

ZAFAR: No, no. That is not true. I disagree.

O'REILLY: We have not seen one theocracy overturned by the folks.

YOUNIS: That is not true.

O'REILLY: The military did it.

YOUNIS: The Egyptian people came out against the Muslim Brotherhood and it's excessive.

O'REILLY: The military had to do it. It was evenly divided.

YOUNIS: Because their actions need to come in accord with international law and the human rights of each individual person. We must find a balance between dictatorship and terrorism.

O'REILLY: That's theoretical. I want to see some Muslim nation really actively join with the U.S. and Europe to fight the jihad. And so far I haven't seen anybody but the king of Jordan do it.

O'REILLY: Gentlemen thanks very much.