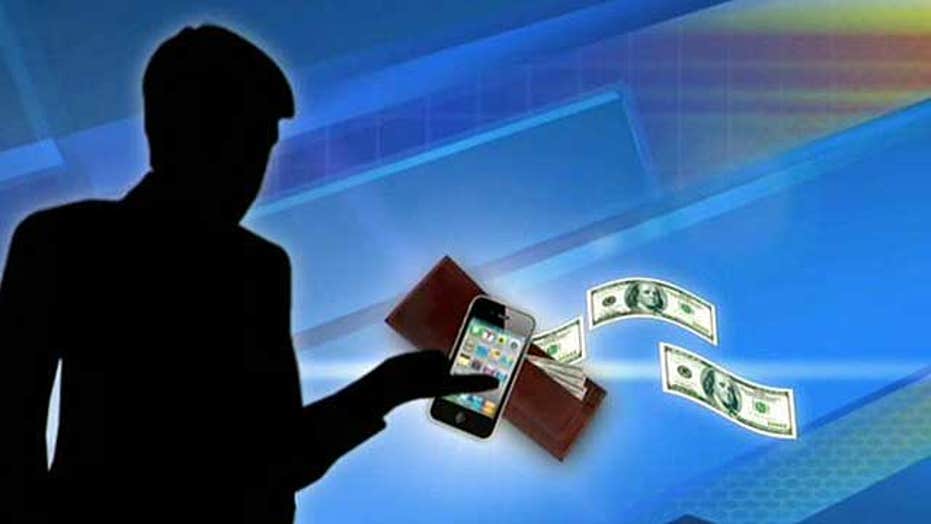 IN FOCUS: Phone companies charging the government for wiretaps

JOHN TAMNY: Even if these wiretaps were free they still wouldn't be worth it. Too often in modern times, we have given up liberty under the false assumption that the people in the federal government, who we know can be fallible, can somehow protect us. This is a bad risk to take. In a free society, there is risk involved but it's worth it to live in this. We should defend our liberties rather than so easily giving them up.

RICH KARLGAARD: The military industrial complex is always going to be inefficient there is always going to be corruption. This is not bean ball we are playing with Islamic terrorism; it's not bean ball that we are playing in this new information cold war with China and Russia. This isn't a war we can afford to finish second in. I think it's a murky area, John brings up a lot of points but our liberties are dependent on our safety too.

SABRINA SCHAEFFER: This isn't a conversation about taxes or terrorists; this is a conversation about our civil liberties and our constitution. I think Karlgaard is right; we are living in a brave new world in which a traditional military industrial complex in which we had physical plants is no longer what wins wars. Data is what wins wars; we have to be extra vigilant to make sure our privacies and our liberties are protected.

RICK UNGAR: The kind of wiretaps we are discussing here are not what you have been reading about, the metadata that the NSA has collecting volumes of everyday. These are wiretaps that result of a court issuing a specific warrant and these are the wiretaps that are used to listen in on mobsters that have been brought down by these wire tappers and now we are focused on terrorist are not just generally gathering material, this is when the government thinks they have a reason to listen to someone.

MIKE OZANIAN: The problem is that no one can trust the president of the United States. The AP wire tap, Benghazi, his deceptions about Obamacare, the IRS scandal, all those deceptions. What you need is someone to come out, who would be the president, and say look, this is the cause, this is exactly what we are doing with wiretapping in terms of the information we are gathering and yes it's worth it because it has stopped terrorist's attacks. A CNN poll shows 58 percent of the people in this country do not trust the President at all when it comes to these wiretaps, which is far worse than President Bush. You need a leader to take the lead on this, somebody the country can trust, and we don't have that.

DAN MITCHELL: We need to apply some cost benefit analysis. Is this another form of corporate welfare for these communication companies? It sounds like we are spending a lot of money for things that I assume involve clicking a computer keyboard a few times to start monitoring someone. We need the checks and balances, not only in the cost benefit sense, but what about our liberties? How do we put a value on that? Do we really want government collecting all this information because I don't trust Obama, I didn't trust Bush either, and I don't trust the run of the mill government bureaucrat. We have seen too many examples of individual citizens being targeted because some bureaucrat decides that they don't like them. We need to figure out a way to control the size and scope of government.

MIKE OZANIAN: Privatizing the postal service would give it much needed flexibility when it comes to delivery, pricing, scheduling, all of those things. The postal service is losing $20 million a day. It needs to be privatized.

RICK UNGAR: The United States is not England. England is a much smaller country. If we were to privatize it, you would have a lot of rural areas in this country where it would become way too expensive because the post office wouldn't want to go there and you can't cut these people off from mail service. Big cities? Easy, no problem. Get rid of Saturdays, I'm good with that. If you completely privatize it, it will never work.

DAN MITCHELL: Government is inherently inefficient. The constitution does give the federal government authority to run a postal service unlike the department of housing and urban development or the department of agriculture, but that doesn't mean it has to. When you look at companies like Germany that already have privatized their postal systems, heck Canada privatized their air traffic control systems, and Sweden has school choice so that private schools are taking over there. Australia has privatized their social security system. This is the wave of the future if we want intelligent, low cost government with better services for people. Of course this should be in the private sector, if someone is living in a private area they should pay a little more, if you live in the city you have to pay for mass transit, get rid of all these cross subsidies.

SABRINA SCHAEFFER: We don't base policies on outliers and that's what we are talking about here. In the marketplace, businesses that don't adapt, fail all the time. Look at block buster, it was a bad business model, it failed to modernize, then online video rentals like Netflix came in and replaced them. If the US postal service wants to modernize, it has to beg and barter with congress. It's an inefficient system, should be privatized, it's the only way to save tax dollars more money and more efficient overall.

RICH KARLGAARD: I don't think they are capable of it. I'm a big fan of UPS and big fans of FedEx these are two tremendously run companies, but there is a point and I agree with Rick on the point about rural service. We do have to figure it out and the point that they should pay more, there's a lot of poverty in these rural areas I don't know if the people are capable of paying more.

JOHN TAMNY: Rick and Rich make a good argument for privatization, what is capitalism and markets about? They are about solving problems and removing unease from our lives. The postal service does it in an expensive way and unserviceable way, no one likes going to the post office. If you privatize it, I think you will quickly see that markets and capitalism will solve the rural problem in a way that rural people will like.

SABRINA SCHAEFFER: I think it is bad news; too often we talk about marriage and starting a family as if they are all costs and ignore the benefits of these institutions. The reality is when you have a family; they are vital stabilizing forces that an economy benefits from.

RICK UNGAR: In the main its neutral, I'm not sure if it has that big of an effect on the economy but if I'm going to pick, I'll say it's good because it shows that the younger generations are using their heads not just their hearts. They are making decisions based on what is sensible and that has to be a good omen for the future of the economy.

RICH KARLGAARD: I think it's a bad development, it means we are following Europe and Japan to a very bad place, I'm with Sabrina, when you are a man or a woman, and this disciplines you have to focus on the future when suddenly you are responsible for a family. It's a good thing overall, we also have an entitlement problem; we have to fix entitlement payments, and remember its young people who are supporting the retired.

DAN MITCHELL: If we follow Japan and Europe to demographic suicide, they go from having these population pyramids to population cylinders and even a small welfare state is unaffordable with that kind of demographic profile. The key thing to understand is causality; you want to have the cart and horse in the right order. A bad government policy with a big welfare state is going to drive down birth rates and that's what's happening in Europe and its beginning to happen in the U.S., which will then feed back into the welfare states becoming unaffordable. You can't just tell people have more kids, you have to pare back more government to give people more freedom, and then I'll think you'll get more household formation and more kids.

JOHN TAMNY: I don't see this death of birth argument causing economic suicide around the world. We don't live in country economy, but in interconnected global economy, the idea that one country's birth rate is going to harm it when they are trading with the rest of the world isn't compelling. A lack of economic freedom is far more economically corrosive then low birth rates which are really an effect of low growth.

Forget a man on the moon. Now lawmakers want to put a national PARK on the moon. Our informers pick "out of this world" stocks.