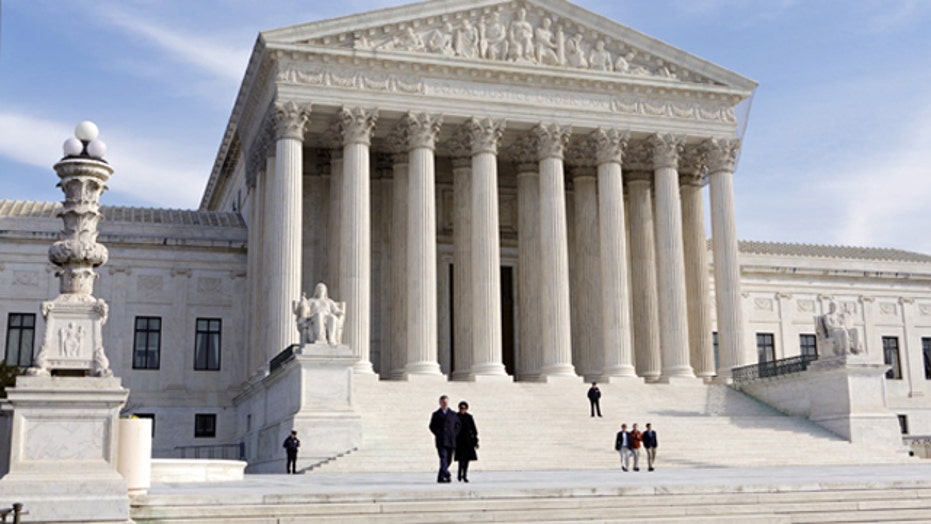 Supreme Court agrees to take up case against Big Labor

Mike Ozanian: Elizabeth, if this woman wins, not only will it be great for education, but the entire economy because unions and their rigid work rules stifle job growth and hurt economic growth.

Bruce Japsen: No they should not. This woman doesn’t look like a beer drinker, but she reminds me of the friend you have in college who refuses to pay for the pitcher of beer when it becomes their turn. People shouldn’t be freeloading off of other union members who are paying their dues and benefitting from the bargaining that goes on.

John Tamny: I think so. The right to freely associate is a fairly basic one, and to be coerced into something you’re not interested in is a bad idea.  You make the essential point that these unions are heavily politicized and you’re forced to pay for the political activities of other groups.

Bill Baldwin: I don’t like unions a whole lot, but there’s one thing I like even less than a union and that is a freeloader. So let’s just say you’re a California teacher and you’re got this fabulous pension that someone has worked very hard on for you. I don’t think you should get a free load.

SHOULD WE CLOSE GITMO?

John Tamny: I think there’s a desire on the part of the White House to be half at War, and you just can’t do that. I have skepticism on the war on terror too, but if we’re going to be at war, and in fact Gitmo keeps us safe, if it makes it less likely that terrorists will reach the United States and bring us harm, we need to keep it open.

Mike Ozanian: Absolutely. Look, I say the hell with Cuba. Prisoners released from Gitmo go out and fight Americans and kills Americans. To close Gitmo right now, when we’ve had more alerts and more terrorism throughout the world is just ridiculous.

Bruce Japsen: I think Gitmo was always a reminder to me of Bush/Cheney era torture. It just seems time to me to shut it down and move on from this era. We’re normalizing relationships with Cuba anyway; turn it into a theme park or something.

Bill Baldwin: That’s quite possible but the bigger issue is the negotiations with Cuba. Now I think five minutes into the conversation about the normalization of relationships with Cuba, the Castro brothers figured out they were dealing with a first-class pushover, and of course they’re going to ask to close down Gitmo. The next thing they’re going to ask is to close down Fort Knox.

Carrie Sheffield: In this case, I agree with Chris Christie in that we do need reform in social security. The thing is that it’s a political nonstarter. George Bush tried to do this in 2006 and he got shut down. So I agree with Christie and see if this is viable for the future.

Bruce Japsen: I will say that we are already means testing Medicare, so high income seniors already have to pay more because they make more. I would say more Huckabee than Christie, but I would also say that the Simpson-Bowles idea to raise the retirement age to 68, that’s an idea that didn’t go.

John Tamny: Oh gosh, they’re both clueless. Social security is a bad idea on the best days, it removes a lot of capital from the private sector. It’s not as if we’re running out. We should make our promises whole for those who want it and allow younger people to opt out.

Bill Baldwin: Christie is half right. Raising the retirement age? Good idea. Confiscating the goods of people who “don’t need it” because they saved on the side is a bad idea. We should not be taxing frugal people and handing the proceeds to spendthrifts.

Mike Ozanian: I think they’re both being dishonest. Let’s look at the reality here Elizabeth. There’s never been, or has been, cash in a social trust fund. It’s a bookkeeping entry, that’s all it is for the government. It’s an excuse for them to take more money from taxpayers, plain and simple.