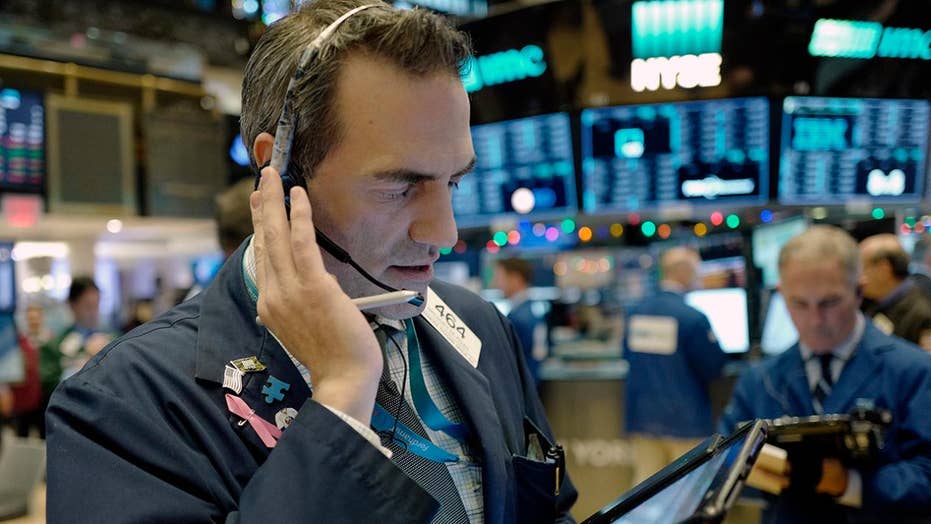 Gary B. Smith: Government regulations cost this economy $1.9 trillion a year. Put it in perspective that's about 50 percent of the tax revenue that the government takes in, that's 10 percent of our GDP. Donald Trump has cut those regulations by 32 percent and it's going to make the economy stronger. It may even be bigger than any tax cut we could all get.

John Layfield: The Morgan Stanley plan index has the highest business since 2007 according to the latest survey because businesses are feeling more comfortable. But we've had 20 something years of regulation stacked on top of each other since 1996. It cost Americans $409 billion to comply with the complexity of the current tax code. In 1984 it had 23, 800 pages and it has triple that right now. It's the same for regulations. We are burning American and American businesses with all of these excessive regulations.

Emily Jashinsky: I think the regulation cuts are completely under appreciated. A recent business round table survey of chief executives found for the first time in six years, they did not list regulatory cost pressures as their top cost pressures. That is huge. Even republican administrations in the past have not dealt with regulatory reform so simply not adding regulations is a huge step for an administration to take and I think it's something we're all going to be glad the trump administration tackled because it's not an easy thing to do.

Jessica Tarlov: I'll go with regulation as well. We're just incredibly optimistic as a nation coming into the businessman presidency, we did have too many regulations just looking into the reaction from small business owners which has been so positive to the red tape cutting I think that that's what has been responsible for this especially when you look at the fact there's such negative approval of the tax bill. I know we're going to find the next few days actually what's in the thing but as it stands America is not a fan.

Jonas Max Ferris: There's no question cutting regulations helps corporate earnings. But corporations earn hundreds of billions of dollars a year. The White House said they cut $8.1 Billion in regulations lifetime of these companies that's a 2 percent corporate tax cut in one year. You can't compare the magnitude of a corporate tax cut to the stock market with the multiplier of earnings as you can to changing some environmental regulations. That doesn't mean we're not going to get more regulation cuts that have more of an impact but it’s never going to match this corporate tax cut.

Emily Jashinsky: Probably the most important thing of the outcome of the special counsel investigation is public confidence because if the public does not have confidence in the ultimate decision Robert Mueller makes, there's going to be a problem because people won't accept the results which could eventually translate to even further lack of confidence across-the-board. Our institutions right now are suffering from a declining lack of confidence. It's a huge problem and Robert Mueller knows it because that's why he quietly fired the man responsible for these text messages. We didn't find out because he doesn't want the public to lose confidence in the investigation.

John Layfield: You have a 13 percent approval rating of our congress and people who believe in our congress. The government has lost the confidence of the people because the government is not worthy of that confidence right now. There's good people there but too many self-serving politicians have found themselves in power and that's why confidence has eroded because Americans are smart and they see what our government is doing.

Jonas Max Ferris: Justice may wear a blindfold but she’s allowed to have an opinion. She might not like George Washington as a president, but if he's in trouble are you being objective? If Hillary went down and was locked up, I’m sure right now, there would be people saying “oh, there’s emails of people at the FBI who don’t like Hillary because you know that’s true, she’s not very likable, it doesn’t mean they were biased and going after her it’s just what happens.

Jessica Tarlov: We are supposed to be able to have our political opinions even if you are working in the FBI. What you can't do is you can't act upon it. What about the text messages of the FBI agents that looked into Benghazi? We don't have the ones looking into Hillary for all of the iterations of the investigations here. Donald Trump is undermining the DOJ every single day. He is promoting a message that is damaging to America and will erode confidence in every single institution and he doesn't care because he knows he's going down.

Gary B. Smith: With the history of the world, we have had so many bullies, Nazi Germany, the Soviet Union, North Korea, Iran, Iraq, what have we learned time and time again? You can't reason with bullies. We keep trying to and it doesn't work out. The only thing you can do is punch them in the nose and move on. That's what we should do with Iran.

John Layfield: I have said this since the very beginning this is a terrible deal. We gave them everything that they wanted. The toothpaste is out of the tube right now. We have a signed deal that's almost impossible to put sanctions back on.

Jessica Tarlov: I'll be interested to hear what other people who were in favor of the deal have to say about it. We know Rex Tillerson has said Iran is cooperating, people like former secretaries of state so we’ll wait and see but I'm a fan of Nikki Haley.

Emily Jashinsky: Well I think Nikki Haley made a very good case she put the evidence out in front of everybody and as time goes on we're seeing that the deal has not proven to be as wise as some people were telling us it would be at the time. Nikki Haley made a strong case this week and its definitely something to pay attention to.

Jonas Max Ferris: The bottom line is you give the best deal possible with Iran let’s say they have to pay us to meet the places we've looked over with their oil revenues that would be the best deal ever right? They can cheat on that deal that doesn't mean it's a bad deal it just means they cheated and we should punish them so let's separate the quality of the deal and them being bad and not pay attention to the deal after we did it.