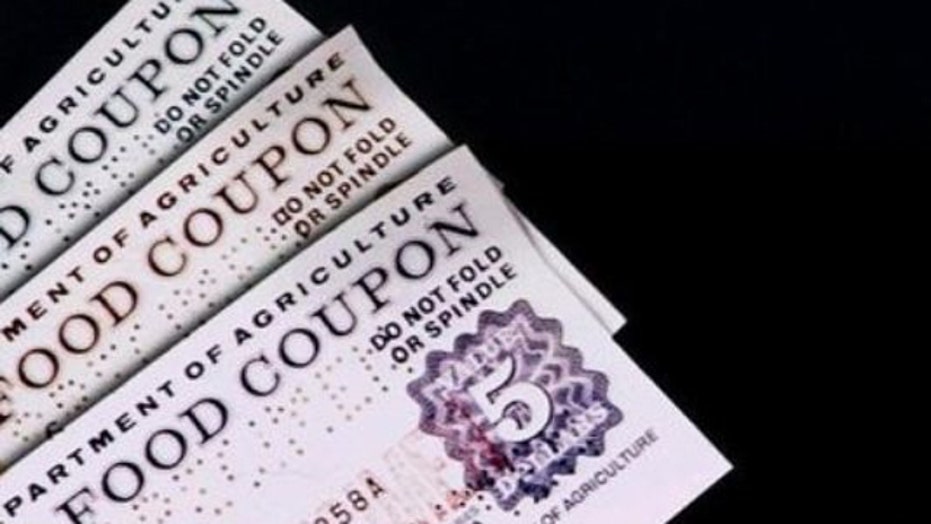 WAYNE ROGERS: This was the law. There was a hiatus in the law because of the downturn in 2007. So all they're doing is restoring this. I don't see any reason why not. Why shouldn't everybody work a little bit? And part of the law is you can do charitable work. So yeah everybody should work.

MICHELLE FIELDS: I think every single state should be following the example of New Mexico. If you look at New Mexico, there are 26,000 able-bodied adults who are on food stamps and do not have dependents. There's no reason why they should be receiving food stamps unless they're actively looking for work, have a job, or are working in their community. If you want food stamps or taxpayer dollars get off the couch and do something. I don't think that's asking for too much.

JUAN WILLIAMS: Clearly we went through a terrible recession, if you recall '07 and '08, that drove people into a terrible situation in terms of their economic viability. But remember, a lot of the people that get food stamps already have a job, Eric. The real outrage here is people that are hardworking Americans forced to rely on food stamps because they don't make enough to make a go of it. That's the outrage. You should be talking about that.

JONATHAN HOENIG: Programs like this, work for food stamps, work for welfare, I disagree with Michelle and Wayne. I think they're terrible. They legitimize these entitlement programs, and the welfare state is fundamentally flawed and broken. It's not like it can be tweaked with a better excel spreadsheet. Let's just try work, I and you have no right -- if you can't make enough money to eat you have no right to other people's money.

MICHELLE FIELDS: I agree with him. What I don't understand is if I'm trying to get on a flight with a normal-sized shampoo bottle the government steps in and says "you cannot get on the flight", but if I have Ebola "welcome to America." Why are we playing Russian roulette with a deadly disease that has a 90 percent mortality rate, that does not have a cure? The government and this administration says "don't worry, trust the CDC." Well the U.S. investigation a few months ago found that the CDC had serious security lapses in Atlanta. A federal laboratory had anthrax in unrestricted hallways and up to 84 people were unknowingly exposed to anthrax. So sorry if I don't have very much faith in the CDC.

JONATHAN HOENIG: There is going to be a terrible event but it's going to happen primarily in the area of West Africa where they don't have the modern life savings medicines that we have here in the U.S. I do agree it's government's job to protect us from life threatening contagious diseases. But Michelle, it's not like these people are waltzing into Starbucks and coughing all over the butter croissants. They're being quarantined; they're being medically sealed.

JUAN WILLIAMS: We have in this country the ability to handle it and the ability to contain it. That's what they lack in Africa, so what we have here is a situation where the Donald is spreading fear and panic and a lot of paranoia.

WAYNE ROGERS: Put them in a quarantine area. The thing that is not being talked about here which is obvious is we have all of these people streaming across the border down in Texas. Nobody screens them. Nobody checks them. The president says "let them come on in." How do we know those people aren't infected? How do we know somebody isn't going to be infected on the border and come in. It's crazy.

JONATHAN HOENIG: We've been talking about this on the show for months now. This is a small business that's got two dozen employees. The owner is estimating that a minimum wage increase could cost him $10,000. That's after taxes. That's more like having to make $15,000 in pre-tax and pre-regulation dollars. As we always talk about, there's no such thing as a free lunch when it comes to economics. When you use a government gun to force employers to pay more, the customer always pays in the end.

MICHELLE FIELDS: I think it's a great idea. I think there ought to be a "Democrats fee" on receipts because it's their disastrous policies that are leading to the increase in prices of goods and services. Good for this business owner for doing that, because it shows Americans that it is the government that is making things more expensive, not the "greedy", "evil" business owners.

JUAN WILLIAMS: How about a "Republican fee" for all these companies that want to flee the United States because they want to avoid our taxes, and they put a big burden on every family in terms of income inequality?

WAYNE ROGERS: You have the right to put it down. It's a free market, you can say "here's my profit, and here's what it is. If you want to buy it, fine. If you don't want to buy it you don't have to." The only thing that I worry about is they always invoke "working people". Like you don't work because you wear a tie. I don't work...everybody's working! What is this "working people" thing? Everybody is working. I don't get it.