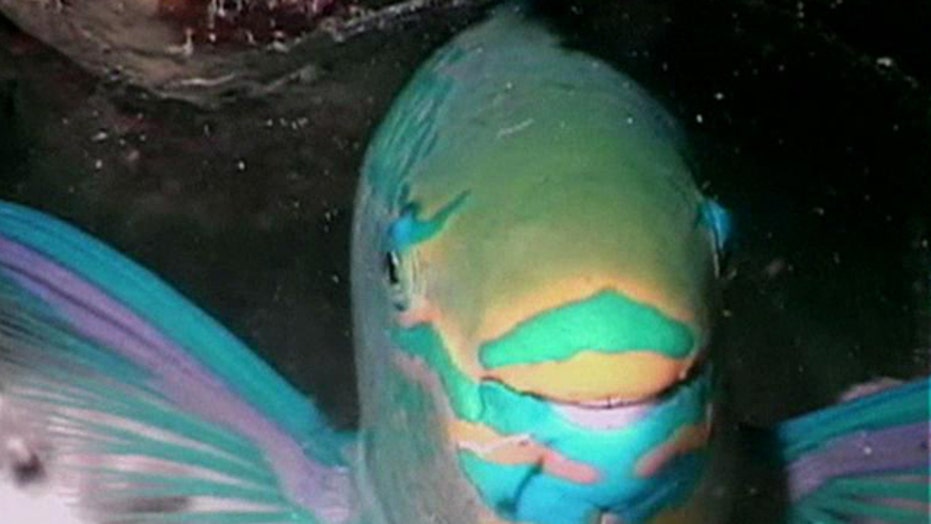 Spending cuts: no pain, no gain?

WHO KNEW CUTTING WASTE COULD BE SO EASY?

JONATHAN HOENIG: The role of government is clear; it's limited; it's defined by the Constitution, and ours is full of waste and chock-full of worthless spending. As you pointed out, team-building exercises and videos about grilling and studies on this and that. Senator Coburn had a study out this week; we pay a lot of workers who don't even work for taxpayers. What's so disconcerting is, even now-- we're up against the wall with that-- neither party is serious about cutting the size and scope of government.

WAYNE ROGERS: It is it embarrassing. I've got Coburn's total report here. I'd advise everybody to go out and get it. It is a hundred pages and a hundred items of waste. Another bridge to nowhere: $520,000 in Ohio. We've got fighting obesity with giant graffiti carrots. I mean it's ridiculous some of the stuff. This is comic material. When you think about it, the President takes the jet and goes to play golf with Tiger Woods-that's $2 million, $3 million down the drain by the time you take the cars and everybody who goes with him. To stand up and say "Oh my goodness, we have this terrible problem. We've got to cut..." and in the meantime he's spending. It's crazy.

IMOGEN LLOYD WEBBER: He would be very proud and I can't sing, which is why I am here right now. It is unbelievably extraordinary. Of course there is all this waste going on, crony capitalism, a hundred billion dollars a year in corporate welfare. You taught me how to do this, Eric -- you follow the money. Politicians last year spent $7 billion getting themselves reelected. $7 billion -- they are raising all of that money. As a result, every time you try to cut some waste, it's somebody else's special constituent interest to defend, and nothing will ever get done. Too much money in politics, Eric.

MARJORIE CLIFTON: This is not a one party problem. I think Imogen just nailed it on the head. Campaign money, and the money that goes into politics in general is one of the biggest problems. Absolutely there is waste, and having this be a partisan conversation I think is part of what's creating the problem. We created it in two camps, instead of sitting down and running government like you do a business. What is here that's absolutely critical, and not oversimplifying what one program is versus the other-you can't do uniform cuts.

TRACY BYRNES: The fish one- I love that. Reminds me of Dorrie from Nemo. Keep swimming, keep swimming! My favorite is 1.5 Million to procure beef jerky in advancements in France. What bothers me the most, Eric, is that they think we are naive and we're not going to figure all this out; that they think they can again pull the wool over our eyes. They can't. We know what's happening. And yet, they have the audacity to stand in front of the camera and say "TSA agents are going to lose their jobs. How dare you do this?"

UNION ACCUSED OF TAKING BITE OUT OF HOSTESS; NOW SNACKING ON TAX DOLLARS?

TRACY BYRNES: I wish I had a Twinkie to sing happy birthday to you right now, because it's Eric's birthday. But we can't find them because the baker's union brought the company down. Even the teamsters said they had a better contract than them, and the bakers' union still said "no thanks." Now, on top of unemployment they're getting all these global trade benefits. Global trade was not the problem, Eric; unions were.

MARJORIE CLIFTON: The fact of the matter is that Hostess -- despite all of us Generation X-ers who were mourning the loss of our iconic Twinkies, and Hostess cupcakes are gone-was going under regardless. It didn't have directly to do with just the unions. They had said "look there isn't a market for it anymore, there's a shift in the products available." So that's one debate. But I think separately what you are asking about in terms of these entitlement programs, as they call them. These are actually available to companies like Gerber. They've been made available to Frito Lay employees in the past when they had similar instances within the companies of people being unemployed to do global trade. The key thing here is how do we keep people in the job market? So them deeming-we need the job training, you need to make it so that they can go out and find new jobs, is important to all of us because it means our banking institutions can continue to par our mortgages. It does actually impact people across the board.

JONATHAN HOENIG: Eric, as I understand, the unions were making two times the national average salary for bakers. So they were doing pretty good. This sense that we needed to be protected against global trade-to Wayne's point, global trade actually helps workers, and baked good imports are down. Bakery hiring is up. Why should they have any right, who should anyone have any right to a guarantee of any salary? It's just another example of how the so-called free market in this country is anything but. This is a perfect example of total immorality of government intervention.

IMOGEN LLOYD WEBBER: I don't know necessarily. Obviously, outsourcing is a big problem for developed nations as it were. Statistics are a bit dodgy on all this, but I think around 230,000 Americans at least lose their jobs every year to outsourcing. So of course, maybe you do want to retrain them. Why the Hostess workers should get the global relief program, I am not quite sure.

DRUG TESTING FOR WELFARE RECIPIENTS: FAIR OR NOT?

TRACY BYRNES: It is a really interesting concept. There are 7 states that have passed this right now. Look, you go on welfare because you want to get out, and get a job, and get better. The last thing you want is these people to go home and get stoned all day long. So there is some merit to this.

JONATHAN HOENIG: It's pretty ironic, Eric, as states are starting to legalize drugs now we are going to be testing for them at the same time. I am actually against drug testing. I think it involves government, once again, even further into individual's lives. But I am more against welfare itself. Welfare isn't fair. It's not fair to the taxpayers-they're the ones who are really being harmed. Money is taken from them by force, it's given to people in need, and that's unfair. It doesn't matter whether it goes to a Nobel Prize winner or a drug addict.

MARJORIE CLIFTON: I think it is an interesting idea. The question here, what's debated a lot of times is whether it's unlawful search and seizure. It's making the assumption someone is on drug use, which is typically when they go in, and that's what the states are debating. So I think the question also is-- what is the cost of doing these drug tests in relation to who actually gets busted, or having their rights taken away? Your proposal is an interesting one. I don't know if it would work. It is it a tough one. This debate goes round and round. I think people aren't really sure how to solve it.

WAYNE ROGERS: I don't see that one has anything to do with the other. If some guy is on drugs-- the fact that he is taking welfare, what difference does it make? If you're taking drugs, and you're buying drugs on the street, wherever the heck you're getting them, you are against the law. So that has nothing to do with whether or not you're on welfare. If you are on welfare and a drunk, or you're on welfare and you're a standup citizen, it doesn't matter.

IMOGEN LLOYD WEBBER: If you are going to do it you have to make sure you've got treatment programs that are affordable and accessible. At the end of the day, of the millions of Americans that suffer from substance abuse problems, I think only 11 percent end up in proper treatment programs. So you would have to have more treatment programs available.

TRACY BYRNES: So the Dems are looking to close tax loopholes. How about we start in Hollywood? $1.5 billion in tax credits to the film and TV industry. Come on! Do they need that?