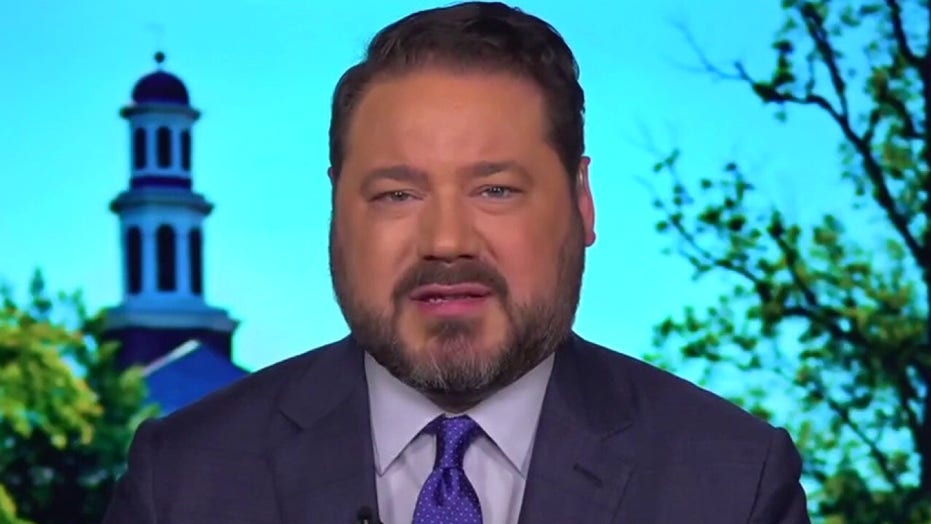 This is a rush transcript from "Special Report with Bret Baier," July 26, 2021. This copy may not be in its final form and may be updated.

DR. JEROME ADAMS, FORMER SURGEON GENERAL: If you're out in public, and if you're around people who you don't know whether they are vaccinated or not, it is probably going to be safest for you to mask whether or not you are vaccinated.

DR. ASHISH JHA, DEAN, BROWN UNIVERSITY SCHOOL OF PUBLIC HEALTH: Outdoor mask-wearing there is no role for it. Unless you are like in some crazy crowded space, you don't have to ever be wearing masks outdoors. OK, indoors, if I'm in a high infection area, I probably would put on a mask, mostly because I don't want a breakthrough infection.

JAKE TAPPER, CNN ANCHOR: Do you think masks should be brought back for vaccinated Americans?

JEN PSAKI, WHITE HOUSE PRESS SECRETARY: We are always going to be guided by our North Star, and that is the CDC and our health and medical experts.

BAIER: Well, here we go again. Let's see where this takes us as far as mask mandates, what different states are doing, and the rise of the Delta variant of the coronavirus.

Let's bring in our panel, Ben Domenech, publisher of "The Federalist," Harold Ford Jr., former Tennessee Congressman, CEO of Empowerment and Inclusion Capital, and Trey Gowdy, former Congressman from South Carolina. Guys, it feels like we talk about this a lot, but it is of interest to a lot of people. Trey, it seems like we are heading down this road, and there may be masks in several places.

TREY GOWDY, FORMER SOUTH CAROLINA REPRESENTATIVE: Yes, I think it's good, Bret, that vaccinations are up. And our good friend Harold Ford always encourages us to follow the science. And I know what he means by that, that he is well-intentioned. It would be much easier if the science was actually consistent. So when you can dance at a wedding reception this side of the street but not that side of the street, and we need to follow science unless it impacts teachers' unions, then people begin to lose confidence in science. So I'm all for following science. It would just be easier if science spoke with one voice.

HAROLD FORD JR., FORMER TENNESSEE REPRESENTATIVE: So first, thanks for having me. Look, I share some of the concern about how science has been all over the place in some ways. But one thing we know that if you are vaccinated, the likelihood of you -- of this Delta variant causing hospitalization or death or serious health challenges, the science certainly says that is far muted.

I listened to my old friend Chris Christie. I read some of his comments this Sunday, and I thought he had about right when he said look, we shouldn't try to indoctrinate people. We should try to educate help people. We've got to meet people where they are in their lives, and unless there's an overwhelming health challenge, try to persuade them that this is the right thing to do.

I give Sean Hannity and Donald Trump great credit for urging every American, as I do President Biden and others for urging every American to get the vaccine. I've said it on this show and I'll say it again. If we want the economy reopen, if we want our schools reopened and our kids back in school without any of the politics -- and there is politics all the way around, Trey, I would agree -- and if we want to be on the best footing we can possibly be to combat and compete with China, we should get this vaccine. And 48.8 percent double dose, 56.4 percent single dose. Those numbers need to be higher for us to head into the fall stronger, safer, and with the likelihood of not having to wear masks in public.

BAIER: Over the weekend there were a lot of questions about the FDA and why it's still an emergency authorization and not a full authorization for this vaccine. One of the reasons is about shelf life of the vaccine, like how long it can stay and be applicable. If seems to me that if the FDA got that over the official line, that that would move at least some of those numbers. Here is Representative Jason Smith from Missouri talking about St. Louis' mask mandate.

REP. JASON SMITH, (R-MO): The fact that the prosecutors in the city of St. Louis are more focused on enforcing mask mandates than on citizens who have been vaccinated and not following the science than actually going out and cleaning up the streets and putting murderers in jail is unacceptable.

BEN DOMENECH, PUBLISHER, "THE FEDERALIST": That Jen Psaki comment made me laugh. I had visions of Anthony Fauci pronouncing I am as constant as the Northern Star. Unfortunately, he has not been. He has been all over the place when it comes to masks. One thing that has been consistent, unfortunately, from a lot of Democrats, a lot of progressive officials, and a few Republicans, too, is their willingness to turn to the weapon of mandates when it comes to any aspect of policy dealing with this pandemic.

And, yet, when you look at the actual performance of those mandates, we see that they really don't make much of a difference in terms of the way that this virus runs through different societies and different parts and communities of our nation. This is something that I think is not going to solve and not going to prevent any kind of upheaval related to the latest Delta variant. We do need to get more people vaccinated. But these mandates have not been proven to be successful. Yet government feels like they have to take steps. They feel like they have to have action, and this is the only thing that they want to turn to in a time when in reality what they ought to be doing is assessing their own approach and why it hasn't worked to get those resistant members of the population, particularly minority Americans, to go in and get vaccinated.

BAIER: Trey, one quick thing about infrastructure and this deal, depend on who you listen to over the weekend, some were positive, some were negative. It sounds like it's kind of a mess, but it is that way in the sausage making of Washington. But here is Speaker Pelosi over the weekend.

UNIDENTIFIED MALE: They expect a deal this week, but are you sticking by your decision to hold any vote on that deal until after the Senate passes a much larger infrastructure package through reconciliation?

NANCY PELOSI, (D-CA) HOUSE SPEAKER: Yes, I stand by, because the fact is that the president has said that he wants to have a bipartisan bill, and we all do. But that is not the limitation of a vision of the president. I won't put it on the floor until we have the rest of the initiative.

BAIER: I can see the two trains on the track heading for each other on that deal, Trey.

GOWDY: Yes. And when it fails in the Senate because of her approach, the D.C. media will continue to say what a brilliant tactician and strategist she is. So she can't lose, but if she keeps with this, she is giving a reason for Republican senators not to vote for even what they want to vote for because of her shenanigans.

BAIER: All right, stand by. When we come back, tomorrow's headlines.

FORD: In Gregg Popovich we still trust. After a slow and stumbling start, USA Men's basketball runs the table and wins the gold.

Thanks for inviting us into your home tonight. That's it for the SPECIAL REPORT, fair, balanced, and still unafraid. "FOX NEWS PRIMETIME" hosted this week by Tammy Bruce starts right now. Hey, Tammy.

Content and Programming Copyright 2021 Fox News Network, LLC. ALL RIGHTS RESERVED. Copyright 2021 VIQ Media Transcription, Inc. All materials herein are protected by United States copyright law and may not be reproduced, distributed, transmitted, displayed, published or broadcast without the prior written permission of VIQ Media Transcription, Inc. You may not alter or remove any trademark, copyright or other notice from copies of the content.