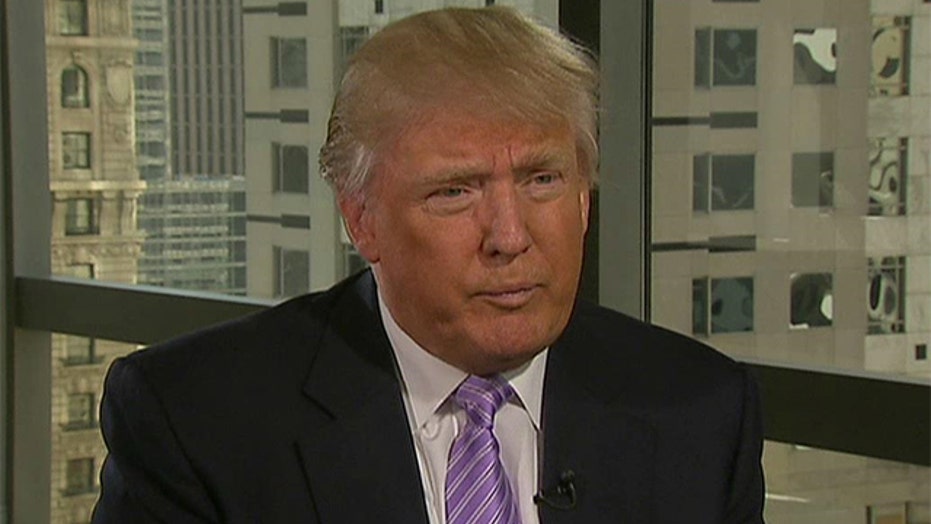 Donald Trump on how to revive the US economy

DONALD TRUMP: [To get America back on track] one thing in particular we need is leadership. It's pretty simple. We don't have leadership. We don't have a good leader at the top. We're being scoffed at all over the world. You look at what's going on with Putin all of a sudden, he's gotten his oats and he's doing his numbers like nobody's done in a long while. It's very sad. But what you need more than anything is leadership.

SEN. RAND PAUL: The thing about it [my new plan] is when you think back to 9/11 it was hijackings through a flimsy door. Everybody remembers how flimsy the door was on the cockpit. We reinforced the doors, and after some tussle we decided we'd arm our pilots. But over a ten year period now or a 13 year period, less and less of our pilots are armed which is sad and disturbing to me, because we've made it too hard. A five-day course to get your certification, and you have to renew by shooting every six months, which is fine, but you can't go to your local gun range, you have to travel out of state often to do your shooting. So we've made it too hard to keep up your credentials. So I meet pilots in the airport; I'm in the airport all the time. So I meet a pilot and he says "look, I was in the military. I love guns. I hunt. I've got guns in my house, but I'm giving up on my certificate to carry it on the plane because they've made it so hard on me to keep up my certification." So we have a new bill that will make it easier for pilots to get their certification, and easier for them to keep their certification.

SARAH PALIN: You know on the national level we make sure that we're electing candidates who will promise to pay whatever price it's going to take to protect our Constitution. Then on a state level I think it's very important that we find candidates, and elect them, who would be willing to call for a convention of states if need be, because that is the tool that the people have to reign in government as a convention of states.