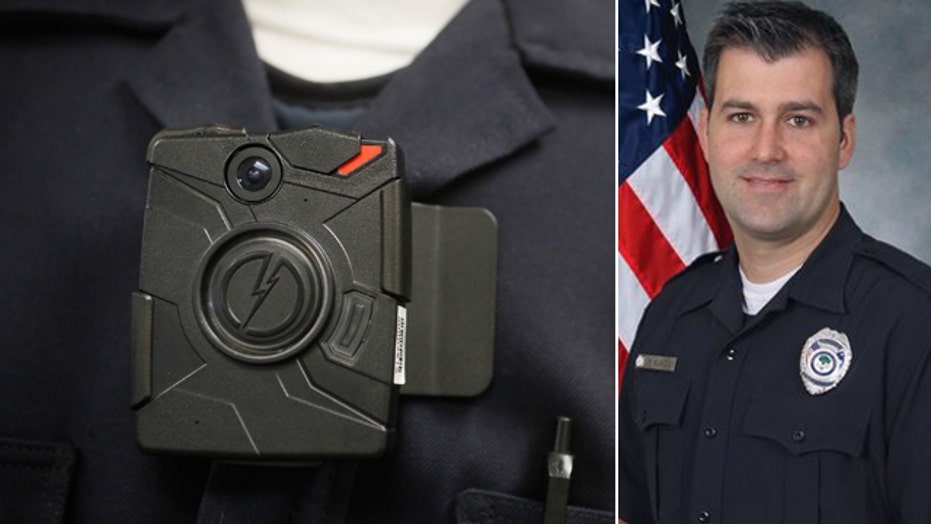 Would move save lives?

LISA BOOTHE: This is obviously a horrific tragedy that took place here. I'm all for body cameras, as long as it's happening on the local level, and as long as the police departments are okay with it. This isn't something that should be federally mandated. One-third of police departments across the country already have body cameras, so I think we let this happen at the local level. Contrary to what people in Washington D.C. think, this 'one size fits all' approach to governing doesn't work. Every city across the country is different, every cop's beat is different, so I think we need to weigh the cost-benefit analysis, look at the numbers, look at the facts, and make a conscientious decision instead of a knee-jerk reaction.

WAYNE ROGERS: Anytime you get at the truth, it helps. The camera is the truth; of course that helps. It also avoids all of the problems that occur after these things; when somebody sues the police department, or the police department is under fire, it clears all of that up. When you have a camera there, everybody can see it. You can trust what you see on the screen.

JUAN WILLIAMS: There are 87 percent fewer citizen complaints with body cameras. Almost 60 percent fewer instances of use of force, so it does make a difference. But to Lisa's point, the federal government is simply encouraging by offering grant money. It's up to the local government, the local department to make that decision. I do think that there is a matter of liberty involved because the tape doesn't always show everything. The tape starts at some point, ends at some point. Something may have happened before. In the case of South Carolina, there was a separate dashboard camera that showed a lot before we see the video of the police officer shooting the man.

LISA BOOTHE: 100 percent without a doubt all states should do this. Taxpayers shouldn't be on the hook for welfare recipients spending money on spa treatments, and getting tattoos. We should be giving people a hand up, not a handout, but that's not what we've been doing. I think what we need to have is a broader assessment of welfare as a whole. Since Lyndon B. Johnson launched the War on Poverty 50 years ago, we've spent almost $16 trillion building an entitlement nation. We have over 200 state and federal means-tested programs spending about $1 trillion a year, but here's the kicker: the poverty rate hasn't changed.

WAYNE ROGERS: I don't like this program. It's just another imposition of putting a regulatory group together to regulate what they're already trying to regulate. What they need to do is just cut the program to be limited in time, limited in the amounts of money, and enforce the program. You don't need another group of federal regulators to come in and say what you can eat, what you can't eat. By the way, it starts with the word "temporary", so temporary is what it should be.

JONATHAN HOENIG: They all start as temporary. The whole War on Poverty started as "temporary" assistance. There is no fix for this. There is no fix for welfare besides getting rid of it. How many times have we heard "we have to stamp out waste, fraud and abuse"? These no booze, no cigarette laws are even worse because, to Wayne's point, now you've got government monitoring what you can buy, what's good or bad, and what does that do to the self-esteem to those receiving those benefits?

JUAN WILLIAMS: I just want to say as the true libertarian on this panel that I'm so glad to hear my fellow panelists say we should not be telling people who are poor how to spend the money. If you want, as a government, to be sensitive, to be a caring conservative, give the money to the poor and then let them go. You can't oversee that.

JONATHAN HOENIG: I don't think it's anger towards Christianity. He's a Christian. I think the issue here is that he wants to avoid making it out that the United States has engaged in some kind of religious war against Islam. So for me and you, Eric, I think that there is a real importance to hear somebody say, you know what, the other day in Kenya people were killed because they were Christian. We've seen Coptic Christians killed in Libya because they were singled out. But these Muslim terrorists and vigilantes are killing more Muslims than they are killing Christians, and in some cases doing so to provoke us into a religious war.

WAYNE ROGERS: I don't think this is about Christians and Muslims. I think this is about freedom of speech, and I think it's about freedom of religion. I don't care what religion you are. It's your business. It's something private. It has nothing to do with what the government thinks. Freedom of religion is in our Constitution, and we should have the right to believe in whatever we want to believe in, and not necessarily impose it on somebody else.

LISA BOOTHE: I think the juxtaposition between President Obama attacking Christianity, but refusing to condemn the individuals that are committing genocide against Christians is jarring to me.