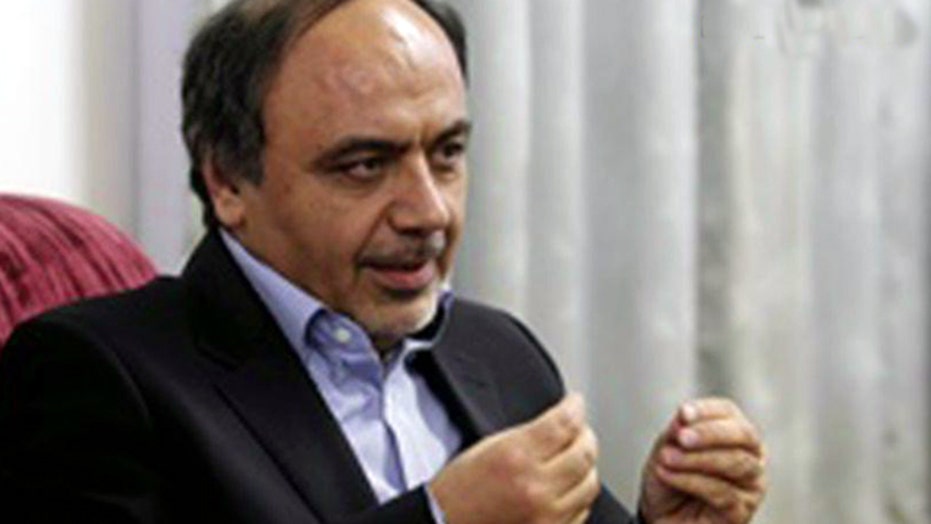 Should the US deny visa for Iran's new UN ambassador?

This is a rush transcript from "The Kelly File," April 1, 2014. This copy may not be in its final form and may be updated.

MEGYN KELLY, HOST: Dramatic video of Americans blindfolded and bound during the '79 Iran hostage crisis. Tonight, there is new reaction to news that one of the hostage takers has been appointed by Iran as its U.N. ambassador. And the guy is now seeking a visa to come into the United States.

Fifty two Americans were held, beaten and tortured in some cases for 444 days in Tehran. And our next guest was one of them. He says this appointment is a slap in the face. Chuck Scott was a U.S. diplomat in the U.S. Embassy during the crisis.

Chuck, thank you so much for being here, I know you're an Army veteran, then you became a diplomat, found yourself involved in this situation. They put you four months in solitary confinement, three and a half weeks of interrogation so severe you need spinal surgery when you were released. They tortured you, they tried to make you talk. You didn't. And now you got to deal what the prospect of seeing this guy come into the United States as Iran's U.N. ambassador. Your thoughts?

CHUCK SCOTT, 1979 IRAN HOSTAGE: I don't know Hamid Aboutalebi at all. But it reminds me of the same insult as when Mahmoud Ahmadinejad was elected president in Iran and he was one of the hostage takers who was very much involved in that thing.

So, it's just like we're being slapped in the face again. And it makes me cry for my country, because we have been so naive in terms of understanding Iran when the Iranian hostage crisis was over. And I keep in touch with people who are still in Iran. The primary thesis in Iran was, ha-ha, we have violated customary international law for a period of 444 days against the great Satan, the United States of America. And now, we have walked away from that experience with no expense to us whatsoever, in blood or in treasure. And that persists to this day.

There's supposedly a rapprochement in progress between the United States and Iran. One of the things that should have happened before that was allowed to progress at all should have been some form of apology from Iran and possibly even restitution for what we went through in Iran. They still consider that a win-win situation. And for the United States of America, it's disgusting that we're even considering allowing anyone who participated in a group called (Inaudible), to come to the United States in such an exalted position as the Islamic Republic of Iran's ambassador to the United Nations.

KELLY: And yet, colonel, they say that he was just a negotiator, he was just a translator and they say, typically these types of visas are granted to a man in his position, although it hasn't been granted yet.

SCOTT: Well, if he was a member of that group and if Iran accompanied the request for him to come with some sort of apology to the United States, I might be able to bend a little bit. But as long as they want us to forget the whole thing without them ever paying any price for it whatsoever, and I don't buy that.

KELLY: And now, colonel, you got to worry about seeing this guy in U.S. territory, a man who held you captive.

SCOTT: I might be up in New York one of these days having lunch somewhere, and if I run into him, I don't know how I'll react. As a loyal American, I know I have to obey the laws of this country. But just having been a part of it, he says he was just a translator, and he has a reputation for being a "relative moderate." There are no relative moderates in Iran. They all cow-tail to whatever the supreme leader says, because he basically is the dictator in Iran.

And I don't -- I just don't see where we can justify. It's a slap in the face to the United States. In fact, it's an insult to our government, to the Obama administration that he was even nominated in view of the hostage crisis.

KELLY: Colonel, thank you so much for being here. Thank you for your service. All the best to you.