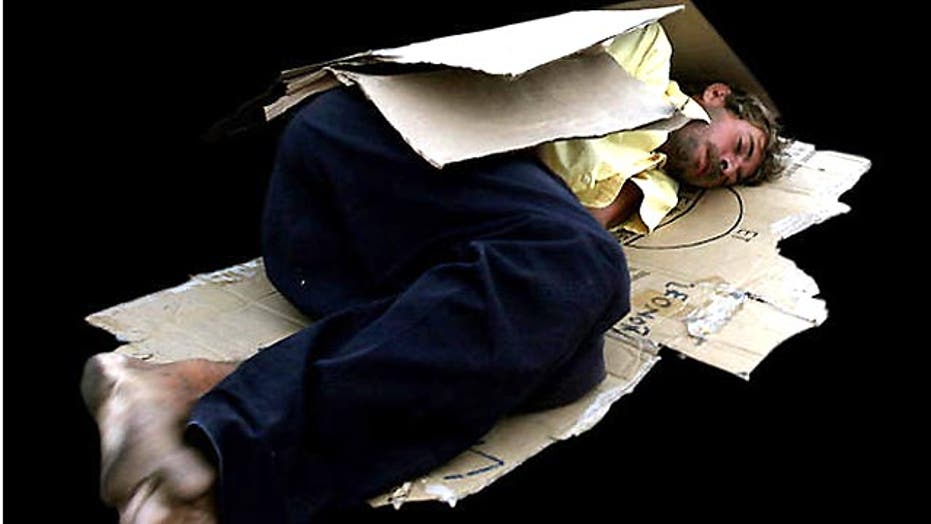 Should the media change their poverty coverage?

This is a rush transcript from "Special Report," May 13, 2015. This copy may not be in its final form and may be updated.

KEVIN CORKE, FOX NEWS: When the president says the media should change how they reports on issues, is he objecting to the coverage that he finds too critical of the way the administration is handling a particular?

CHRIS WALLACE, ANCHOR: Kevin Corke asking White House Press Secretary Josh Earnest today about President Obama's criticism of the way media covers issues of poverty. We're back now with our panel. When the president says, quote, "We have to change the way the media reports on these issues," Charles, what is he saying?

CHARLES KRAUTHAMMER, SYNDICATED COLUMNIST: Well, he is letting us know that his arrogance knows no limits. Of course he wants a change in coverage, particularly the coverage of himself. After all, he was considered a Greek god in 2008, and right now people are actually judging him on the merits. He doesn't like that.

WALLACE: Ron, do you think the president is -- has any merit, is right in any way when he says that the media in general and Fox in particular portray the poor as sponges, leaches, lazy, and undeserving?

WALLACE: Steve, what do you think is going on here?

HAYES: Well, I think basically the way that Josh Earnest treated that is taking an issue that was sort of a cheap shot from the president. He just wanted to throw an elbow and I think he wanted to mischaracterize the conversation and pretend that conservatives don't care about poverty.

But the missed opportunity there is that he was on stage with Arthur Brooks who is the president of the American enterprise, has been studying poverty for year, has written books I highly recommend about innovative free market approaches to addressing poverty. And rather than engage in that intellectual debate, the president chooses to throw a cheap elbow at FOX News for laughs and titillate the left wing base of his party. It's a missed opportunity. But this is a presidency of missed opportunities. This is what he has done all along.

WALLACE: I mean, the president's basic point, and this gets to kind of this larger issue, is he is saying that Republican leaders don't understand what poor people are going through because of the general narrative that's out there. And the question -- and that, therefore, they don't support his policies. And the question is the problem a matter of perception or is it a substantive difference about policy and what would help the poor the most?

HAYES: No, I don't think the president ever let's it get to a substantial difference about policy because he doesn't take Republican ideas seriously. We saw this in healthcare, we are seeing it with poverty. Look what Paul Ryan has spent the better part of the past year doing. He has been going to places of poverty, both inner cities and rural areas, talking to people about solutions that are not government-driven solutions, aren't the same solutions that we have seen for 50 years that have failed.

The president made clear in his speech in response to Baltimore that he wants to throw more money at poverty. We have done that. It hasn't worked. We are seeing the results every single day. And he is totally un- open to revisiting the idea, to looking at new possibilities.

FOURNIER: You can debate with the sole motivation to win, which is what he does, or you can debate to try to find middle ground where you can actually accomplish something, which he doesn't do.

WALLACE: We have a minute left. It's a big question. But to what degree is the real poverty problem? Is it a perception problem, and to what degree is a policy problem and the president is mistaking one for the other?

KRAUTHAMMER: If you are a champion of the liberal approaches to poverty, starting with the war on poverty, which not only wasted trillions of dollars but actually undermined the very communities it was trying to help, if you are the advocate of that policy, you have to blame it on perception because you can't defend the policy. And it's the classic perception, sort of the central axiom of American politics, conservatives think that liberals are dumb, well-meaning but dumb. But liberals believe that conservatives are evil. And Obama's statement is a perfect example of that. We enjoy throwing orphans into the snow, and that's why we end up with the cruel policies that conservatives advocate.

WALLACE: That's it for the panel, but stay tuned to see a Mother's Day call gone horribly wrong.