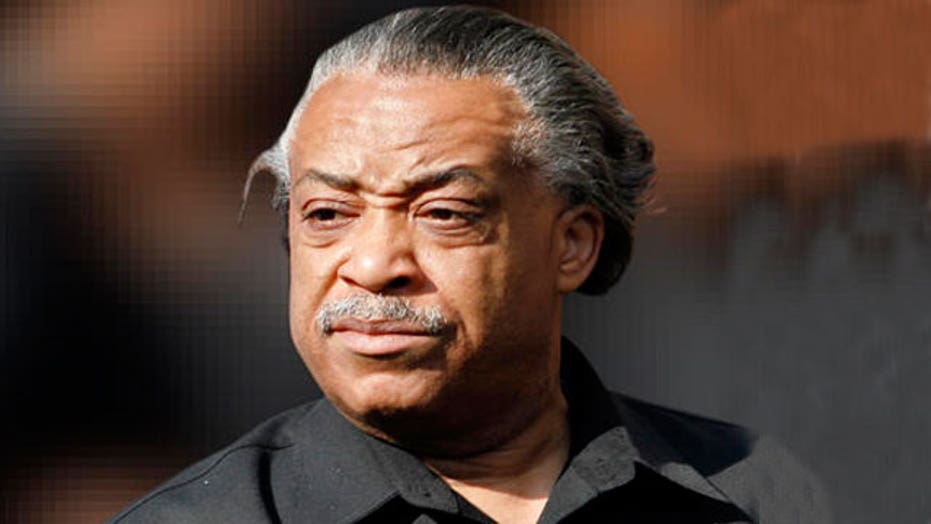 MICHELLE FIELDS: He was not crucified. If anything, he nailed himself down all on his own without anyone's help when he lied to the American people and told them they could keep their health insurance, keep their doctor. The left continues to try to make him out to be this messiah, but the American people don't believe it. They see that they were misled, they were lied to, and that this president is simply a false idol.

WAYNE ROGERS: He (the president) is held in high esteem because the media doesn't expose him. The man has lied-documented-252 times to the American public. That's documented lies. The ones about healthcare are obvious: you can keep your doctor, you can keep your plan-those are all obvious lies. But the press does not nail him. The press goes to bed for him. You read Andrew Rosenthal in the New York Times, he's an apologist. These are people who are constipated by their own ideology that they cannot see that this man is telling a boldface lie right to their face. The man probably, under other circumstances, should be impeached.

DENNIS KUCINICH: I've challenged this administration and the previous administration without regard to party, and I would say that it's a consistent problem when people don't trust their government. What Rev. Sharpton was talking about wasn't so much comparing President Obama to Jesus Christ, as it was talking about that there's personal redemption for everyone. So if in fact people feel that the President has misled them, the White House should take note and look for that kind of redemption that Rev. Sharpton was speaking about.

JONATHAN HOENIG: Consider the source here. Rev. Al in my opinion is not a good source on anything. And to Wayne's point, Obama's lies have been well-documented. There are pages and pages of them at Politifacts and other sites online. But it goes back to even before his administration. He promised to close Gitmo, never did. He promised not to raise taxes on anyone making less than $250K a year-he did that 16 days into his presidency. He told us we are our brother's keeper, but we know he didn't volunteer to pay for $1K of his own brother's medical bills. He says one thing, he does another. But words are just a play thing for President Obama. He stands for nothing, and that's why a majority of Americans don't trust what he says.

JONATHAN HOENIG: Harry Reid is despicable to refer to honest Americans fighting for their values as terrorists is completely ignorant and I'm sorry to have heard that. Unfortunately these Americans are stuck in the reality of what is a mixed economy, Eric. Who owns Nevada? Who owns this land? The government. 81 percent of Nevada is owned by the government, and no one has a right to public land because it's owned by nobody. It's owned by the government and it's up to a small group of elites, aka Harry Reid, to determine how it's used. So at this time they'd rather have it protected by a tortoise than grazed by cattle at a time when beef prices are at an all-time high. But you've got no rights when it comes to public land, just like you have no rights when it comes to public healthcare or public education. The solution is to sell the land. If Bundy wants to farm on it, they should sell it and he should buy it. And anyone else should buy it to use it. That's what should be done in this case, not calling honest, hardworking Americans terrorists like the despicable Harry Reid.

MICHELLE FIELDS: If the Bundy family were illegal immigrants, the left would be cheering on their illegal acts. If the Bundy family were a union, they would be getting waivers. If the Bundy family was a corporation, they would be getting an indefinite delay. But because they're not-because they're average Americans whose way of life is being threatened by government regulation, the left does not care. This administration has made a mockery of the rule of law in this country. They selectively enforce the laws that they like. So how can they be surprised when the American people are selectively obeying the laws.

DENNIS KUCINICH: Free speech applies to everyone. I'd like to go back to what was just said. If you look at the situation, the name calling has to stop.

WAYNE ROGERS: I happen to agree with Dennis. I think if you have cooler heads then you can negotiate this, that's the way it should be done. However, the law being what the law is, it doesn't matter. Remember during the Civil Rights movement the law was the law. You must ultimately obey the law, but there are ways to get to that in a peaceful fashion where you don't have to have name calling and people who are accusing people of doing things that they are not necessarily doing. Those people are not breaking the law, they were protesting. Civil disobedience is a practice that we have had ever since Martin Luther King. It's fair, it's right, and it's justice.

WAYNE ROGERS: These are Nobel Prize winners for literature and poetry and things. They don't know what the hell they're talking about when it comes to an oil pipeline. And by the way, the real stupidity of this is that pipeline is going to get built, and it's going to go somewhere else. If we don't take the oil and gas, it's going to go to China. That's what's so massively dumb about this, that they don't realize it's going to happen anyway. The fact of the matter is the Chinese or somebody else is going to buy this oil and gas, that's going to get out into the carbon footprint regardless. The biggest carbon footprint is produced by those people we're talking about.

MICHELLE FIELDS: We need to approve the pipeline. There are so many people whose livelihood is on the line, so many unemployed Americans that would die for these jobs. I don't understand why Carter is coming out against this, because what he's doing is coming out against jobs, coming out against prosperity. Democrats and Obama need to stop standing in the way of this pipeline. Carter has done enough already. He did enough damage in his presidency. He needs to back off and let the Keystone Pipeline be built.

DENNIS KUCINICH: Wait a minute. Let's look at what's really happening here. People are asking for exports of oil to resume again out of this country. You've got people looking to export natural gas. We're told America should be for energy independence. The fact of the matter is oil markets are being manipulated-gas, oil-to drive the priced up and sock it to the consumers. Same thing with monopoly utilities; they're strangling the markets, jacking up the prices, denying alternative energy. I mean this is a game that's being played and the American people are taking it in the neck.

JONATHAN HOENIG: You know it's funny, President Carter said we needed alternative energies as well. He put all those solar panels up on the roof; they did nothing, just like Obama's multi-billion dollars' worth of solar effort has done nothing. To Michelle's point, Carter created the Department of Energy-more regulations, more costs. But what I think is probably the most empty, the most destructive of all Jimmy Carters maneuvers as the green environmental president was when he asked Americans to turn off the heat and put on a sweater. That is the fundamental of the environmental movement: sacrifice mankind for the benefit of nature.

WAYNE ROGERS: (HOLI) on a roll and still heading higher.