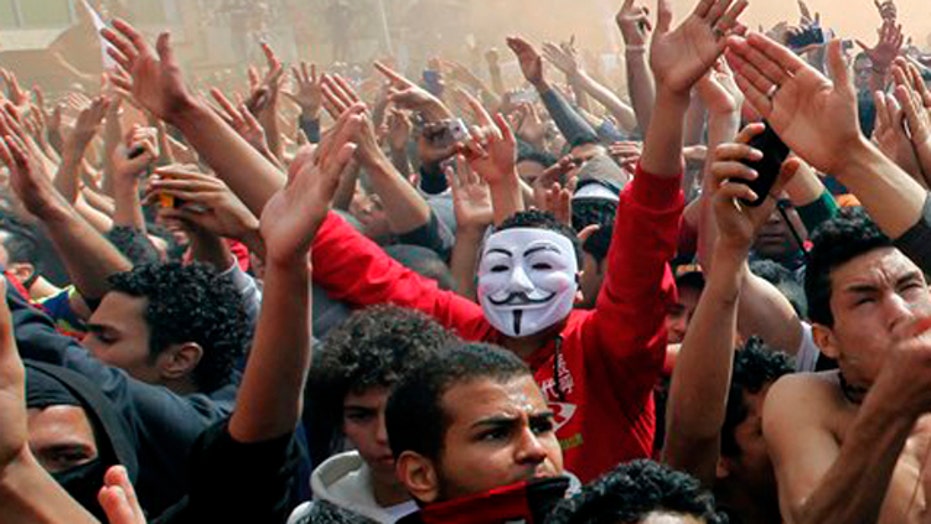 Critics ask how US can send more money overseas while we're spending less on American workers?

IN FOCUS: House GOP putting forth a job training plan they claim will streamline the program and eliminate waste

STEVE FORBES: No it doesn't, it's a complete waste of money. This may be a plot to undermine the muslin brotherhood because Kerry said in a return flat $250 million, we want you to cut a deal with the IMF. The IMF as we know, with its high taxes, getting rid of its subsidies when the economy is in a free fall and devaluing the currency is a huge way of making the government hugely unpopular. Otherwise, it's a huge waste of money and we shouldn't do it.

RICK UNGAR: Keep in mind that the consolidated foreign aid act that was passed in 2012 put strings on this money. We can't give money to Egypt unless they agree to continue a peace treaty with Israel. In a sense there is some good news in the fact that we are giving them money, there must be some assurances. Other things that are important, we get special access to the Suez Canal, critically important, we get fly over rights, we have to be careful here. There is more to this than meets the eye. I don't think Kerry would be doing it if he didn't know what he was doing.

ELIZABETH MACDONALD: It doesn't make sense to me either; it's about $72 billion since 1948. What do we get for it? We have a government run over by jihadists; they are rolling out the red carpet for Iran. I say cut the military aid. They have a lot of ballistic missiles and chemical weapons and they have a military twice the size of Israel. I don't like that, I'm worried about Israel. Keep the food aid, the economic development aid and cut back the military aid. I want to see some more democratic reforms in Egypt.

JOHN TAMNY: I'm against it but let's not give it back to federal workers here. Let's cut federal spending in the US and also cut off Egypt. The founding fathers were very clear, that we maintain friendly relations with all nations but allied by none. It's hard to conceive how this enhances our national security thousands of miles away.

BILL BALDWIN: I'm in favor of bribes, I think Liz is too much of a softie, I'd cut off all the aid. This is what we have done over the past half century. We have given billions of dollars, almost a trillion dollars cumulatively to nations that are run by corrupt violent regimes. We have been giving this money thinking that the money would wash away the violence and the corruption. It does not wash it away, it irrigates it. I would cut off Egypt, Pakistan, and Zimbabwe.

SABRINA SCHAEFFER: I don't think we have to do that, I think the $250 million we have to realize is symbolic. It's to show that we are behind the Morsi government because it was democratically elected. The real problem is that the $250 million isn't going to do anything to set Egypt's ship right. If we really want to get behind Egypt, and we want to work with the World Bank and with the IMF, that's one thing. I think we have to acknowledge what they really need is close to $5 billion, that's what financial analysts have suggested. This $250 million might as well be returned to the US people.

Secretary Kerry calls for $250M in aid to Egypt

MORGAN BRENNAN: Yes we have way too many job training programs and yes they should be streamlined, but that doesn't mean we should be getting rid of government money for jobs training all together. We still have 12 million Americans unemployed, 40 percent of those are long term unemployed, we have structural unemployment in the fact that we have labor shortages in tech, construction, healthcare there is obviously an issue here. The private sector is not going out here and doing that training even though we have $300 billion from publically traded companies looking to pay out in dividends, we are not seeing that money going to job training.

JOHN TAMNY: The same government that gave us the TSA, US customs and the post office wants to train the next generation of workers. If people in the federal government knew how to train the next generation of workers they'd be making billions in the private sector. Instead, they work for entities that act like the post office, scrap every cent of this program.

RICK UNGAR: It's also the same government that has trained our astronauts, our military, come on. I can point to as many incredible people that have been trained by government programs as the things that John is pointing out so it doesn't tell us anything. We all agree that this thing should be streamlined, the problem is, this bill keeps getting introduced, year after year, it keeps going nowhere for a very simple reason. The republicans keep politicizing it, they want to turn it into block grants, which might even be ok, but you know what they do? They set up these local boards, not a terrible idea, but they rig it so that you don't find any union participation on the local boards, anybody who might side on the democratic side. So what is good idea is being trashed by silly idiotic politics.

ELIZABETH MACDONALD: The best job training is a job. We do have a $16 trillion deficit, if what Rick Ungar is saying worked, we wouldn't have that deficit. It's really expensive to do these job training programs the problem is, there are a lot of people to choose from, there is still about 14 million unemployed and under employed. If you go through job training, you go up against all those people. What I want the government to train me on, if you are going to have the government training on anything because they are so good at this an open fire hydrant of spending, I want to be trained on how to get to lavish conferences or junkets that the government goes on or using military planes to go on junkets throughout the world or how to double dip filing for disability right before I retire.

STEVE FORBES: Why not give the unemployed that money, $18 billion plus, have them go out and spend it on a community college and get real training. Our local community college Raritan Valley goes to employers that have job shortages, they specifically train the students there, if the students don't have the skills, they go back and make sure they have the skills . Give it to the people who need it, and they will make sure they have real training.

STEVE FORBES: It's a terrible idea because the Trojan horse of the government coming in and doing the same thing as saying we are paying for you so you have to wear a patch, go through different tests, they are going to have us go on diets, we are not going to be able to drink soda and stuff like that. Employers have enough to do to create a vibrant company. Stay out of our personal lives.

ELIZABETH MACDONALD: It's a good idea and it's a private company that is doing it. It's a private company issue that chooses to do this. What we are talking about is socializing the losses for bad behavior from social activities. It's not just smoking, its drinking too. If you don't like it, then work elsewhere or don't smoke and don't drink.

RICK UNGAR: I am against it and here's why, there is some research out on this and here is what we are finding. If you go at it a different way, offer discounts for attending wellness programs and not smoking we are seeing some benefits. If you penalize because you do smoke, it's not only stopping people from smoking, it's not bringing down costs.

MIKE OZANIAN: Who is they? Is this the government? My problem is, Who is they? Again, is this the government? My problem is if you want to charge people more for smoking, that's fine of the but it's foolish to think that this is somehow going to lower insurance costs. The reason why insurance costs for health care are high is because too much regulation and a lack of competition. If you're looking that things that aren't regulated and where there is competition, such has Lasik surgery or tooth implants those cost plummeted the past 10 years.

BILL BALDWIN: I think we should stop demonizing tobacco and sending smokers out on the sidewalk and no, they shouldn't be paying a surcharge. They should get a break. You know why? Smokers do the rest of us a favor by dying young, so they don't get my pension! There are studies. We should penalize people who have high blood pressure, people who have high blood sugar. Those things cause problems.