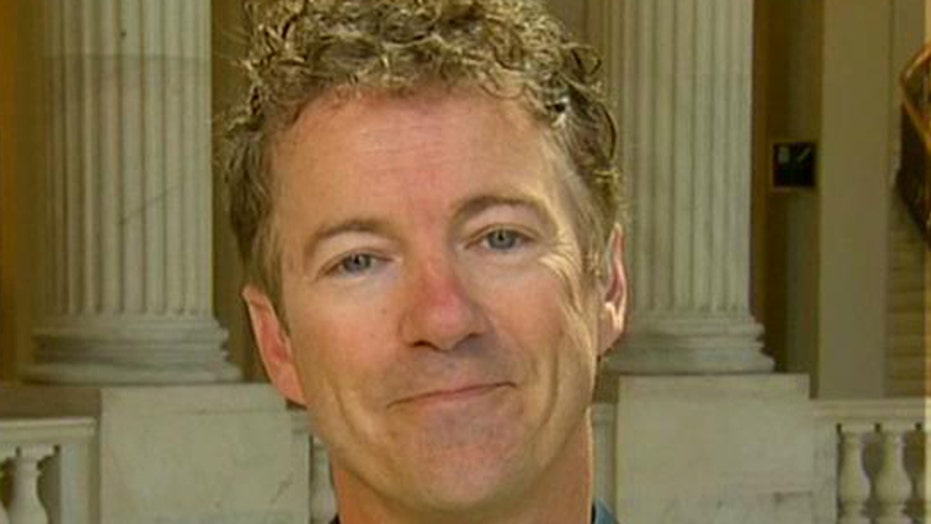 RAND PAUL: If the government's going to use cameras to watch us, they need to have probably cause. They need to have an argument to use the constitution to use surveillance on it, and then I'm okay with it. "Willy-nilly" on everybody all the time in open spaces-I'm against that. One thing that's lost in this debate, though, is almost all the cameras that were used to catch these young men in Boston were private cameras. I'm not opposed to private companies using surveillance cameras to protect their property.

CITY PAYING OFF STUDENT LOANS TO ATTRACT TALENT: SHOULD MORE CITIES DO THIS TO HELP THE HOUSING MARKET & ECONOMY?

WAYNE ROGERS: You're talking about revitalizing a downtown area that is otherwise destitute, and you're inserting kids in there. In other words, the idea is if you will help to pay off the student loans-not pay it off, but help to pay it off-then those students will rent or buy a home in a distressed area; that's the pay off for them. So the city gains by getting educated people. By the way, they have to have a degree-either a two-year or four-year degree-in order to qualify for this. They don't get this thing by just being there. So you're getting educated people, upscale people to come into a downscale area, and that's going to help everybody. They'll create jobs. They will also spend money. They will do all of those things that are good for that area.

JONATHAN HOENIG: What you're getting is more subsidy, more intervention, more wealth destruction. Think about this: government subsidizes you to go to college. Then, when you're finally done and have $25,000 in student loans, it's going to subsidize you to live in a certain area so you can pay off the government loans that you were forced to take out in the first place. Education is expensive. The reason they have these $25,000 in student debt is because of that government intervention. And this is just more of the same-using taxpayer dollars to benefit certain constituencies at the benefit of others. What you need is employers; people to come in and actually invest in the community, not subsidies.

TRACY BYRNES: I think it's the state being somewhat free-thinking and saying "Hey, we got a problem here. Let's come up with an innovative way to do this." Look, we're not getting help from the colleges. They are not decreasing tuitions anytime soon. Our kids are laden with debt because of the federal government-not the state governments, the federal government has screwed them. Wayne is right; they will come back to town. They will go to their local luncheonette. Then the employers will come to the City of Niagra and say "You know what, I want to hire these kids because they're smart."

JULIAN EPSTEIN: I think the record of the stimulus program is that it's worked. We've gone from negative 9 economic growth to positive 2; that's an eleven-point positive swing. With respect to this specific question, I think there's no difference a city providing tax incentives for businesses to come there, and the city providing incentives to get a talented and creative labor market, which is essentially what they're doing with the student loan program.

WAYNE ROGERS: This will probably just bring attention to the celebrities. We're talking about it, so it's getting publicity. It's meaningless in the long run. You're going to spend $1.50 a week-what are you going to do with the rest of the money? Why not just give the money directly to the global poverty projects? Just make a donation and be done with it. No, no we have to make a stink about this! It's meaningless.

TRACY BYRNES: Even my kids get it-a Gatorade is $2 these days-they understand it! You don't have to go through this. And you know what? You want to be a hero--how about you hire these people? How about we start to employ some of these people and let them make a life for themselves. Then maybe I'll start talking positively about Ben Affleck again.

JULIAN EPSTEIN: I think the criticism misses the point. 10 percent of this country has 90 percent of the wealth. 1 percent got 93 percent of the income gains from the recovery. Middle-income neighborhoods are disappearing. Poor neighborhoods are increasing. The idea here is not whether he's hypocritical or not. The idea is whether he's bringing attention to a problem that the International Monetary Fund, the World Bank are all saying income equality is the central issue that is threatening the economic recovery worldwide now.

JONATHAN HOENIG: Even the quote-unquote "poor" in America live very richly compared to world standards. I've got to hand it to Ben Affleck; he's found a way to go on a crash diet, bring attention to himself, and also assuage his guilt for being an American. I'll be celebrating, too, actually. I'm going to be eating an entire pizza every day to thank whoever that I live in this great country. Why are poor countries poor? It's because they are dominated by mysticism, collectivism, tribalism. They're not capitalists. If Ben Affleck really wanted to make a difference, he'd be advocating for capitalism, freedom in individual rights in these countries, and not bringing himself down to their level.