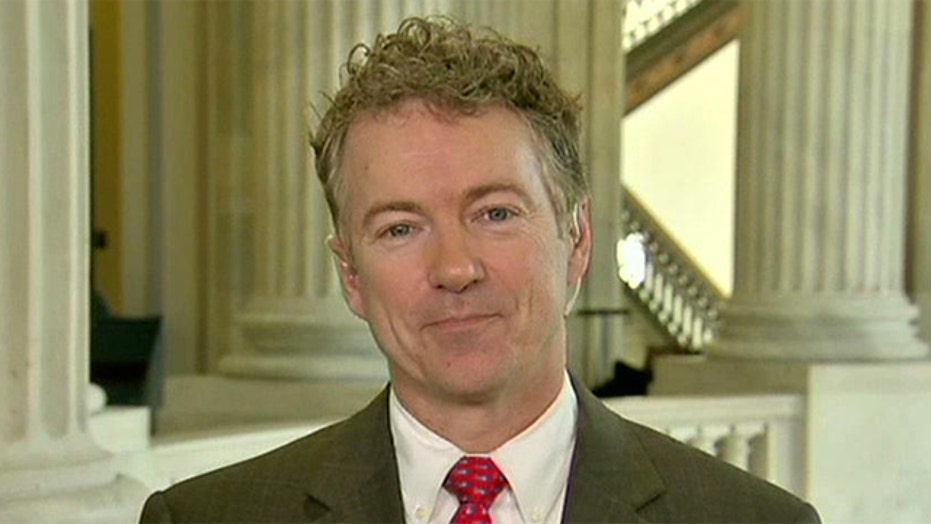 MICHELLE FIELDS: It doesn't make sense. He says he's in favor of trying to combat income inequality, how about working to facilitate income inequality in this country rather than, I don't know-trying to kill it? Because that's what he wants to do right now, and a lot of the things he bragged about in his address wouldn't have been possible if it weren't for these tax breaks that we provide the companies. It gives them an incentive for a lot of small oil companies. What he's proposing is actually going to hurt the economy. It's not going to help.

JONATHAN HOENIG: Let's define our terms here. "Tax break" simply means letting individuals, letting companies keep more of their money-money that they earned. I don't know what the President is talking about here. He doesn't give $4M to the fossil fuel industry. It's theirs. They earned it. They're the ones that provided the jobs, the productivity, the energy that powers this country. So the President is all against people keeping their own money. He's all for tax subsidies however, that is taking people's money and giving it to his political cronies, all in the green energy industry, all of which have produced nothing since the President took office.

DENNIS KUCINICH: Actually, the free market is doing it. If you look at what is happening, lading corporations are already incorporating carbon pricing into their long-term financial forecast. So in a way the market already understands that it's a transition going on within the economy, away from carbon-based and also nuclear-based energies, and the market's trying to get ready to ride that next wave. So capitalism does work in this case, and the government, frankly, is behind the curve.

WAYNE ROGERS: I think you have two separate subjects here. One is whether the tax policy is correct or not, and that's a separate subject from whether or not we are diverting resources toward things that are not productive, and you see that when we think about all of the money that's been spent on solar power and these alternative uses that have not worked so far, and may not work, we just don't know. The fact that you're taking away tax money as opposed to giving tax money, allowing tax money I think is a separate subject. As far as the oil and gas industry goes: we're producing an enormous amount of oil and gas now from fracking. It's really a national security issue. We're weaning ourselves off of Middle-Eastern oil.

SEN. RAND PAUL, R-KY.: Apparently if you work at the White House and you're a man you get paid better than the women, so they better start out with their own-they've got apparently some kind of "White House war on women" going on over there, and they need to check out their own household incomes before they start looking elsewhere.

JONATHAN HOENIG: How desperate are these parasitic unions, Eric, that they're trying to recruit college kids-they're not even in the workforce! They're college athletes. And notice the unions aren't going to the schools with this; no they're going to the government, they're going to the "guns", the NLRB which I know Congressman Kucinich loves so much. They're not actually dealing with private enterprise. Whose rights are being violated here? The students?

DENNIS KUCINICH: Tell that to the NCAA. This is a multi-billion dollar industry. What the players are talking about, by the way, is to make sure that they're represented at a table where they can talk about what happens if you get injured and you're on a scholarship. Do you keep a scholarship? What if you get a concussion.

MICHELLE FIELDS: Unions destroy everything that they touch. If you look at unions that have gotten involved in sports, it's the fans that end up getting hurt because doing business with unions drives up the cost of doing business, and they pass that cost on to consumers, and it drives up the price of tickets. When negotiations break down and seasons are in limbo it's the fans who end up hurting. I think they shouldn't get involved in the unions.

WAYNE ROGERS: There's too much money in college football, Eric, you've got to cut it out. They're not employees, so you can't have a labor-bargaining situation here between students and the football players in the college. Colleges here have got to revamp their entire program, that's what you have to do.

WAYNE ROGERS: Cash in on banking stocks and (WFC)