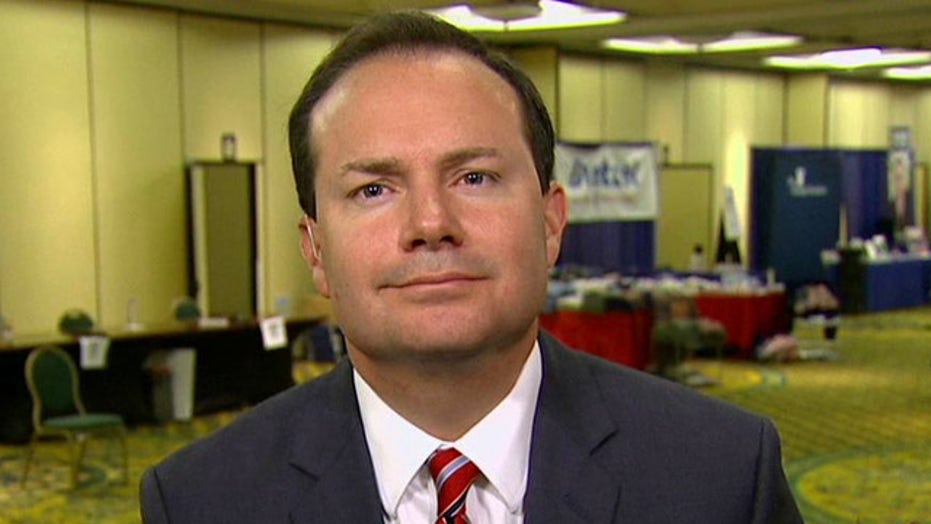 This is a rush transcript from "Hannity," May 30, 2014. This copy may not be in its final form and may be updated.

TANTAROS: And while Shinseki may have stepped down, my next guest does not believe his resignation will solve the problems with the VA and says fixing this mess ultimately falls on President Obama.

Joining me now from the Republican Leadership Conference in New Orleans is Utah Senator Mike Lee. Senator, thank you for being here.

Now, you were one of the senators that did not call for Shinseki to step down, but do you agree with the premise that this whole system -- the whole system of the way that the VA is set up, the government-run health care single-payer system is a mess, it doesn't work?

SEN. MIKE LEE, R - UT: It's a mess that doesn't work, and the thing speaks for itself. The results speak for themselves here for the fact that this system doesn't work. But yeah, I didn't call for Shinseki's resignation in part because his resignation isn't going to solve this problem. What's going to solve the problem is aggressive digging, figuring out what happened, what went wrong, why it happened, and how we can unwind it, how we can get out of this mess. That's what we've got to be focused on.

TANTAROS: What do you...

LEE: OK, one measure, of which I'm an original co-sponsor in the Senate, is Senate bill 2013, sponsored by Marco Rubio. There's a House version of it sponsored by Representative Jeff Miller, which passed overwhelmingly in the House just in the last few days.

TANTAROS: But senator, it's not even just an HR issue of getting rid of bureaucrats. The way that this system is set up, there are no incentives for performance. You have a single-payer system that has the same problems that we see in Europe, a doctor shortage, corruption. Would you support any kind of vouchers or -- you know, I've said on "The Five" perhaps a charter hospital program for our veterans, something at least to give our veterans an option besides just this failed socialistic system.

LEE: Yeah, I tend to agree that, at a minimum, they ought to have the option. If they want to go into the private system, they ought to have that option, so that they don't get stuck in this. And you're absolutely right, Andrea, to point out that if this doesn't speak to the failures of a single-payer system, I don't know what does.

TANTAROS: Yeah. And no offense to you, Senator, but your colleagues up in the Senate have spent some money on some really dumb stuff over the years that could have been funded to have these veterans go to private hospitals. I think that's more worth it than some of those wasteful, dumb things that they've been spending money on.

Senator, thank you so much.