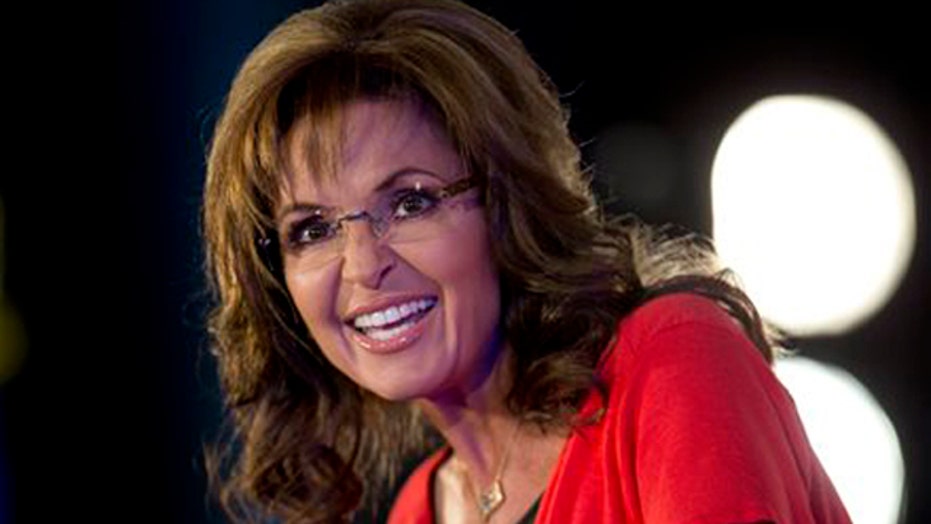 Are children too coddled?

This is a rush transcript from "Hannity," January 17, 2014. This copy may not be in its final form and may be updated.

SARAH PALIN, THEN-VICE PRESIDENTIAL CANDIDATE: I was just your average hockey mom and signed up for the PTA. I love those hockey moms! You know, they say the difference between a hockey mom and a pitbull? Lipstick.

HANNITY: All right, one of the best lines from the Republican National Convention. That was back in 2008. And today, well, we need her candor more than ever. And in a moment, we'll speak with Governor Sarah Palin.

But first, you keep hearing these stories, and we want to get her reaction to this -- for starters, earlier this week, we told you about Tom Brady's supermodel wife, Giselle. She was taking a lot of heat after she was pictured riding an ATV helmetless with her young daughter in her arms. We also got a lot of feedback on Twitter and Facebook about the new show that's called "Friday Night Tykes."

In case you missed it, here's a clip. Should get you fired up.

UNIDENTIFIED MALE: I teach these 8-year-olds that every single day, you're mommy and daddy's little boy, and they love you dearly, but when you come to that field, now you're a football player. You're transformed into something else. When they put that helmet on, it's time to go to battle.

UNIDENTIFIED MALE: A lot of kids are soft nowadays. I think they're pampered too much.

UNIDENTIFIED MALE: I think we need to be a little ruthless with our kids.

UNIDENTIFIED MALE: You stopped! You stopped right here! Don't stop! Use your weight! Go with it!

UNIDENTIFIED MALE: Sometimes parents say I may be crossing a little bit of a line.

HANNITY: And joining us now on the phone to give us a little parenting 101, former Alaska governor, FoxNews contributor Sarah Palin.

Governor, how are you?

PALIN (via telephone): I'm doing great. That's funny you say that that was one of the best lines of the GOP convention back in '08. That's when the teleprompter broke and I had to start ad libbing right then! So I ad libbed that line about hockey.

HANNITY: I got to -- if you ad libbed that line, I have even more respect for you.

You know, it's funny, we often talk about politics, but when I had the chance to be around you and your kids and Todd, we talk a lot about sports, and you and Todd in particular -- you guys have a lot of perspective on it.

When you saw that TV football tyke show, what did you think of that?

PALIN: Well, I agree that too many American kids are pampered. They're coddled, and they need discipline. And the way to motivate kids, though, is not necessarily through fear, not at that age especially. You know, I think it was Lou Holtz who had said it best years ago about self- discipline leading to success and self-motivation.

So these coaches, if they want to get their kids to understand that self-motivation that is so needed, at that age, it doesn't necessarily need to be through intimidation and fear. These coaches seem to be wanting to not look bad, and I can guarantee a coach can be defeated if that's his goal is to just not look bad.

HANNITY: You know -- and I know -- I think you sent over pictures of your son when he played hockey and you were that hockey mom -- with lipstick. But -- and my kids play sports. I think there's a fine line, though, because you -- I do believe, in many ways, we kind of spoil our kids. I think that there's nothing wrong with pushing them and letting them see that they have more talent and ability than maybe they think they have, and that if they want to achieve a goal, they got to work hard for that goal. And learning that at a young age is a good lesson. So it's -- it's a razor's edge, isn't it?

PALIN: I guess it's a razor's edge, but you know, my perspective is I want tough coaches. I want coaches who will instill in that student athlete the desire to win because competition makes everyone better and the goal should be victory. And you know, I've taken heat because I said really good things about former Indiana coach Bobby Knight.

HANNITY: I like Knight, too. You and me both.

PALIN: Yes, his tenacity, his determination. And you're right, there is that razor's edge. And the good guys, the good coaches know when it cannot be crossed, and they know kind of the demographic that they're working with in terms of the age group, and they should be discerning enough to know what will motivate the kids.

So I totally agree with you, you know, too many kids are spoiled and coddled by us, by society in general. And sports, I think, are absolutely instrumental in teaching a child what it's going to take to succeed in this world. Sports are imperative.

PALIN: And it is all about competition, so I want to see more and more kids involved, and I want to see the parents, I want to see the coaches in there. But we have to make sure, yes, that that line isn't crossed. And I've never seen this reality show that you're talking about. I don't know if it's going to promote that line to be crossed. I certainly hope not because there's a lot of good, positive stories out there about successful coaches and selfless giving parents and organizations that are helping kids.

HANNITY: Well, one kid throws up.

Governor, listen, I enjoy the time we have to talk about sports, and you know a lot about it. Any picks for this weekend, by the way?

PALIN: Oh, I love Seattle. They're closest to Alaska. That's kind of our team.

HANNITY: I got Seattle and I got the Broncos. Although never, that Tom Brady is sneaky, you can't ever bet against him.

Thanks, governor, good to talk to you.

PALIN: Thank you so much, go West Coast.

HANNITY: Appreciate it. OK, let me start with this. I tell you why I love sports for kids, because you learn how to win, you learn how to lose, you learn that the harder you work, the better you're going to do. It's the reward system. It's not the redistribution of wealth. Liberals today, they don't even want kids to keep score, and you can't play dodgeball because some kids --

HANNITY: Yes, it is true, everybody gets a trophy, exactly.

SARA MURRAY, "THE WALL STREET JOURNAL": It is one thing to push your kids to excel and want to win. It's another to put your eight-year-old outside in 99 degrees outside in Texas and work them until they vomit and then work them more. NFL officials said that clip was hard to watch, and I have to agree with them.

HANNITY: Your husband played in the NFL, right?

LILI GIL VALLETTA, HISPANIC MARKET STRATEGIST: Yes, he did. And I asked him about this story, and there's a thing with the context in this kids. It's formative years when you're building character. And if you want to instill hard work and discipline, it's not through fear. It's through conviction. And that's not emotionally intelligent in the way they're doing it. You need a quality person before you have a quality athlete, and the way they're going about it is definitely not instilling a quality person.

HANNITY: I would agree, if you made the kids throw up, you probably pushed them a little too hard. But with that said, I do agree that there are kids that are pampered, they're babied, right?

AMY HOLMES, THEBLAZE TV: I don't have children, but I have a brother, and I know that there are boys who would have a ball getting out on that field and crashing into one another. And there are boys who would be miserable at it. It comes down to the parents knowing their child, knowing what their child's limits are, working with the coach on that. I can tell you kids bursting into tears because their parents work them too hard at violin. This is about children's development --

HANNITY: How many think American kids generally speaking, when they all get a trophy, they don't keep score, you can't play dodge-ball, that we're pampering them?

MICHELLE FIELDS, NEXTGENERATION.TV: That's how Occupy Wall Street was, right? They just want more and more and more and they don't want to work hard for it. We have this entitlement mentality among people my age.

LYNN STERN, DIVAMOMS.COM FOUNDER: I have two young boys, a 6-year-old and a 10-year-old. I have to tell you, my 10-year-old is a hardcore athlete.

HANNITY: By the way, you're about to have a baby.

STERN: And we're having a third.

HANNITY: And your 10-year-old, what kind of sport does your daughter play?

STERN: My son is a baseball player. I have to tell you, we see this all the time. But there is a happy medium behind this, and this show is an atrocity, I'm sorry, for children, for parents out there, because they are pushing these kids, they are cursing at these kids. That's not what the coaches, that's not what the parents should be doing.

BORIS EPSHTEYN, REPUBLICAN STRATEGIST: It's mostly staged and the coaches are playing it up. I'm lucky enough to have played high school football, college football, you had very tough coaches, good coaches who I am still close to who helped me become the person I am now. Sometimes they screamed, and sometimes they took it down a notch. You have to know what to do.

AYLENE SENGER, THE HERITAGE FOUNDATION: As Michelle pointed out, this type of parenting is leading to an entitlement society because young adults went out and voted for Obama in droves, and look at what we have today.

HANNITY: And they get to stay on mommy --

HANNITY: And they get to stay on mommy and daddy's insurance until they're 90.