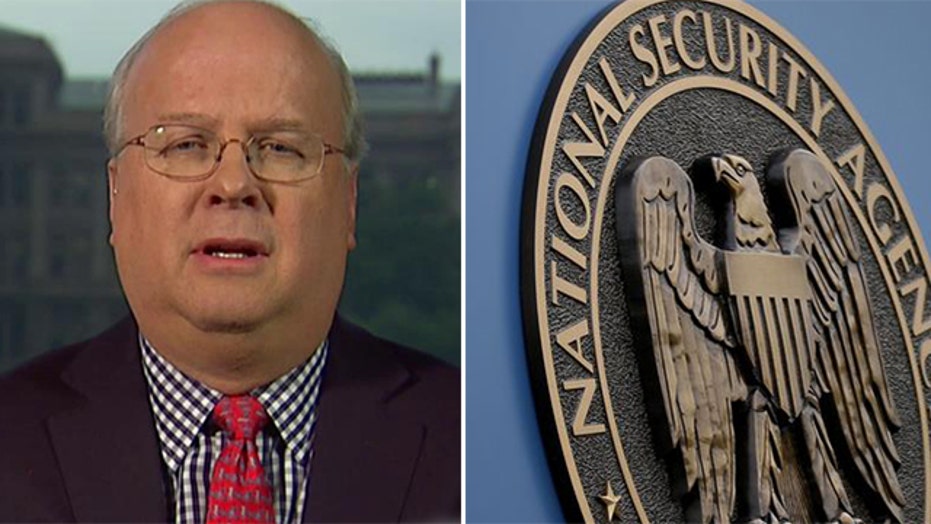 This is a rush transcript from "Your World with Neil Cavuto," May 22, 2015. This copy may not be in its final form and may be updated.

FORMER GOV. RICK PERRY, R-TEXAS: It's going to be a show me, don't tell me election, where voters look past the record and look at the rhetoric. Leadership is not a speech on the Senate floor. It's a record of action. It's not what you say. It's what you do.

NEIL CAVUTO, HOST: All right, let the 2016 barbs continue. In fact, they have been going on a while.

Texas Republican Governor Rick Perry touting action over words, saying that that's something that senators really can't do because they can't do much.
Rand Paul's NSA so-called filibuster on the Senate floor would seem to indicate just the opposite.

Anyway, to Karl Rove in the middle of this trying, I guess, to keep both sides happy.

But how is it going right now, Karl? We always see this in an intramural primary season, way before the primary in season. Is it particularly rough, or what do you think?

KARL ROVE, FORMER SENIOR ADVISER TO PRESIDENT GEORGE W. BUSH: Well, no, not really at all.

Democrats have tended to nominate senators more often than Republicans.
Out of their last six, it's two vice presidents, two governors, and two senators, Barack Obama and JFK.

But I think this was more Rick Perry saying, don't you want to have a governor, a chief executive who makes decision? I think that was separate and apart from the debate that we're seeing play out in the Congress.

And I have to say, with respect to your last guest, Judge Napolitano, I respectfully disagree. I was in the White House when these kind of programs helped us interdict terrorism, acts of terror, and stopped the terrorists from coming here and allowed to us more effectively fight them abroad. And I think it's extremely dangerous for our country to return to a pre-9/11 mentality, like Senator Paul calls for, by repealing the Patriot Act.

Patriot Act, for example, allows us to -- all these charges against terrorists, material support of terrorists, cyber-terrorism, all these charges were nonexistent, not around before the -- before the Patriot Act.
The Patriot Act allows to us get rid of the wall that kept the FBI from talking to the CIA, which we know kept us from the FBI being able to share the information they had about the 21st hijacker with the CIA before 9/11.

There are plenty of very valuable tools. And if sneak and peek and roving wiretaps and business record searches are so bad, then we have got to have Senator Paul stand up and explain why he wants to get rid of them for law enforcement, where they have been used for decades.

CAVUTO: All right, but you say they have worked. He was citing -- that is, Judge Napolitano -- that they have not worked, they have not helped in apprehending any bad guys...

CAVUTO: ... and that, even in the face of that, it still brought us the Tsarnaev brothers and it brought all these other incidents.

CAVUTO: You say what?

Well, first -- first of all, remember, the FBI inspector general says it didn't help them make any cases for the FBI. The principal purpose of this is to identify terrorist connections inside the United States and -- and who they're talking to abroad, and -- and stop the act of terrorism before it begins by fighting them over there, rather than being here.

And the Tsarnaev brothers, look, I thought it was really cute. I hate to say it about something that the judge does, because he is a very smart guy.
But when he said they're listening to you and me, Neil, talk, that's not -- that's not what the bulk data program does. It doesn't listen in on the conversations of a single person.

And, again, I repeat, why is it that the opponents of Section 215 feel compelled to exaggerate by saying, oh, they're listening to our conversations?

Senator Paul on the floor of the Senate said, oh, they're listening in to thousands -- I mean, to millions of conversations. I mean, if we have to build a gigantic center in Utah to keep track of these phone numbers, how big a center would we need to have in order to keep the digital tapes of everybody who is having a telephone conversation? It simply does not happen.

CAVUTO: But, Karl, would you have ever envisioned in your days in the White House with President Bush that you would have had an agency, maybe not listening in on calls, but collecting 120 million phone records from Verizon? Would you have envisioned that?

ROVE: Well, look, we have had access to these records before.

ROVE: And some of the opponents of the Patriot Act say they want to keep the records at the phone company. What the government did was, it made it quicker and easier to check these connections because, in fighting terrorism, time is awful -- is often the most important thing.

We will still have it. You have the U.S. Freedom Act with Ted Cruz and others who are opponents of 215, saying, OK, fine, just keep them at the phone company. In fact, Senator Paul during his -- his speech last night indicated that this might be a compromise that was acceptable.

But what that is going to do is slow down the process of checking these connections, and God help us if we're attacked again and somebody is found out to have known something, but couldn't act on it fast enough.

CAVUTO: If he became your party's nominee, what do you think?

ROVE: Well, it's a long way between now and the convention.

And, frankly, I think the Republican Party is likely to nominate somebody who believes that we're in a war against terror and appropriate steps must be taken in keeping with the Constitution to fight that war on terror.

And the repeal of the Patriot Act, as he called for last night, is simply not a legitimate policy initiative. Think about this. I mean, do we really want -- right now, the military, if there's a suspected WMD on the streets of New York, because of the 1876 Posse Comitatus Act, the military could not be brought in.

The -- the Patriot Act gave an exemption so that the military can be brought in incidences involving potential WMD. Does -- does Senator Paul really want to repeal all of the Patriot Act and remove the authority to deal with these dangerous weapons that were not even being thought about in the year 1876?

I don't think so, but that is what his rhetoric was last night. And, again, I think it's dangerous for our country after 9/11.

ROVE: You bet. Thank you, Neil.