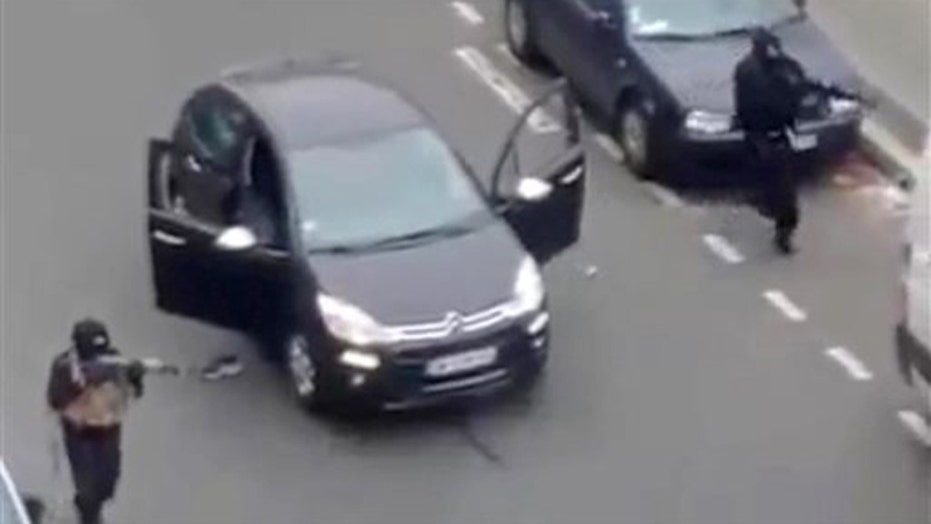 Revoke citizenship of Americans who train with terrorists?

NEW CALLS TO REVOKE CITIZENSHIP OF AMERICANS WHO TRAIN WITH ISIS, AL QAEDA

MICHELLE FIELDS: If there is proof that someone has gone and joined ISIS, not only should we revoke their citizenship, we should revoke their right to live. These are people who are joining an organization that wants to destroy our country and kill innocent Americans. This is a serious issue. As many as 40 people from Minneapolis, alone, have gone to join ISIS. If you go and join our enemy you've basically renounced your citizenship.

JONATHAN HOENIG: Imagine if it was 1940 and Americans went to Germany to meet with the Nazis. "Oh no they weren't the extreme Nazis. It's not like they met with Hitler or anything." I mean, come on. Michelle is absolutely right; citizens who support the enemy have no rights. If you support or finance Jihad in any way you are the enemy, and need to be destroyed. The truth is it's all a red herring. Homeland security won't keep us safe. It just costs a lot of money, not only in lost business in terms of potential terrorist attacks that could happen here. But how about all of the money that is spent trying to track down these lone wolves? Why not go after the mother sheep: Jihad in the Middle East?

JESSICA EHRLICH: I think there is a technicality in the language here that needs to be addressed. They need to get on that. We see this all the time in bureaucracies, unfortunately. It is an important thing, and when you're at the State Dept. there is a huge difference there. Let's address it and move on. I mean, when we talk about this "homegrown" terrorism, there are so many things-these people are also being trained on the Internet. We need to be able to say "Ok, there are 40 of them. Let's get on this and make sure these people aren't coming back and forth." Unless, of course, as Jonathan said, the same way our agencies have gone after gangsters in the mob and things like that, they also use this to go after the big guys; find out who these guys are meeting with, if they can, when they're in Yemen or wherever it is they're going.

WAYNE ROGERS: It's not just the terrorists that we know about; it's the terrorists that we don't know about. Our southern border is just a sieve. We're letting in thousands of people down there. The President is saying "we're not going to export these people back." We don't know who these people are. We have no idea what their origin is or anything. So we've got to close the borders and stop with the passports. You have to identify these people and keep them out.

WAYNE ROGERS: I think it's okay, Eric, as long as it's a small raise. You can be very specific as to how that money is spent.

JONATHAN HOENIG: Democrats are so concerned with the middle class; well this crushed them more than anyone. Do you know how hard it is to save $100, $1000 in today's economy? The irony is that the same oil companies whose productivity has brought down the cost of oil-you remember, the ones that Congress lambasted way back in 2008 and 2009? Now it's Congress who's increasing the cost of gas, who's making people's wallets a lot lighter.

JESSICA EHRLICH: This is really a more complex situation, because we have a highway trust fund that is funded by our gas tax. The oil companies are really the ones making out like bandits, then. So if they're making more profits, they're actually getting so many corporate tax breaks under the tax code that that money is not coming back into the government.

MICHELLE FIELDS: This may seem like a tiny tax for Wayne and for Nancy Pelosi, but for most Americans this is a lot of money for them. This is a regressive tax, so it doesn't hurt the wealthy people. It hurts the poorest people who just need a tank to drive them to work, to pick up groceries. I thought this stimulus money that President Obama got was to fix infrastructure, but now they say they need this money to fix the roads and infrastructure in America. If you need money, do what every other American does when they need money; they cut from somewhere in their budget, and they use that money for something that they need. Don't tax; figure it out.

JONATHAN HOENIG: The first day of any high school economics class they teach that there is no such thing as a free lunch. The President doesn't get that. Unless you live in a slave society, where teachers are forced to serve, someone has to pay. Once again, it's the U.D. taxpayer having their pockets picked.

MICHELLE FIELDS: This is a terrible idea. Nothing is free. If Americans want a free education, join the military. We have that. If you want free college, serve our country and we will give you college in exchange.

JESSICA EHRLICH: It's a very broad and comprehensive program that they're putting forth that would actually help people who need help in terms of the economy going forward. It's an investment in our future, and the American worker, and people who are here as citizens.