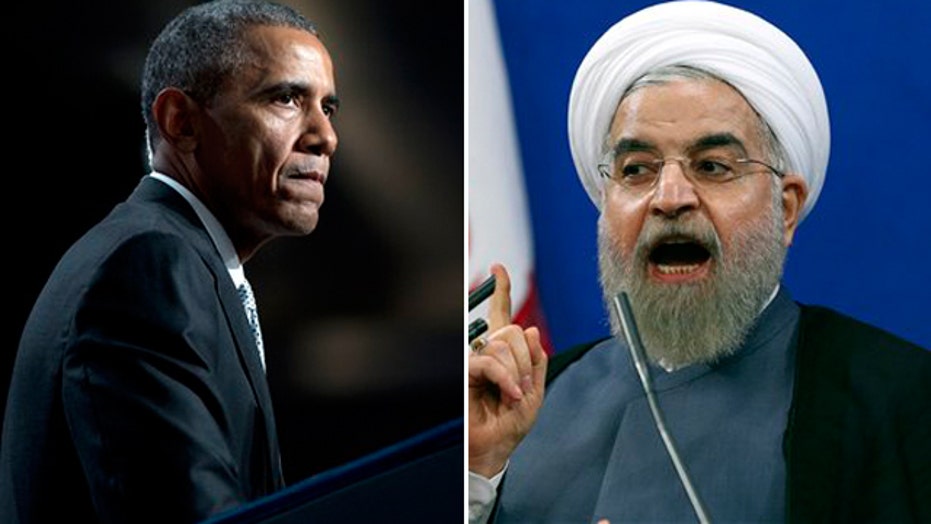 But is any agreement unenforceable?

Rich Karlgaard: The Iranians have proven themselves very clever and there long term goal is to build a nuclear bomb.

Bruce Japsen: As long as this person is a lead coordinator to enforce it. You need accountability. I think it will bring accountability to the process if you have a point person.

Elizabeth MacDonald: That is the reason why you do not precede any further with talks with Iran. We have had a history now of Czars saying we are not going to testify- climate change czar, Ebola czar.

Steve Forbes: The whole thing is bizarre! A czar will be powerless; the Iranians won’t let anyone do.

Sabrina Schaeffer: Not only is this inefficient and duplicative- I don’t see why we need another person to negotiate this. This is becoming a distraction from the larger conversation- what is in the negotiation and what are we asking Iran for.

Steve Forbes: We have had one of the worst economic periods in American history. And now they want to do more of the same. I don’t know why these people can’t learn from history.

Bruce Japsen: It’s a good thing I’m in Chicago. If she does something similar to what her husband did in the 90s it wouldn’t be a horrible thing.

Elizabeth MacDonald: The flipside of the tax hikes are more in the way of tax giveaways. We will see this rolling policy announcement coming out. Hillary faces more of a liberal base.

Bill Baldwin: I think she is half right. I am in favor of revenue enhancements but shrinking the size of government. We are broke. Tax hikes is a good thing because it makes us more solvent.

Rich Karlgaard: This recovery has been lackluster. Fewer people are starting businesses today. If you want to make the economy boom and pay for these things Hillary is talking about you need to lighten

Sabrina Schaeffer: I don’t think government can operate as efficiently as the private sector. As a taxpayer I have an interest in eliminating waste and redundancy. I think we can streamline government.

Bill Baldwin: I wish I had a reform plan to let Guber to get rid of a couple hundred thousand clunkers but wouldn’t allow the administration to empty out the executive office when there is a change in administration- that is the spoils system.

John Tamny: I don’t want government to be effective I want it to be dysfunctional because they will spend more money.

Mike Ozanian: Guber and his partners put in their capital- they buy the team and now it’s worth more. He had incentive to make it successful which the government has not.

Rich Karlgaard: In the private sector performance is measured different.

Steve Forbes: As long as you have politics and government performance will always be political. The best kind of government is a smaller government.