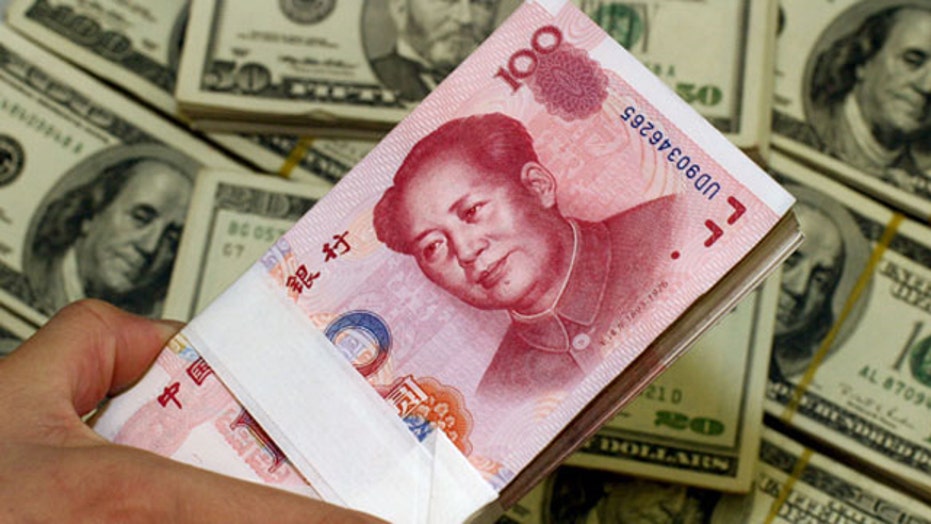 Report: China poised to overtake US as top economic power

GARY KALTBAUM: It's hard to stay number one when you run up $17 trillion in debt and it's still growing and nobody is doing anything about it. I don't think Einstein could figure out some of the numbers coming from China, but our government spending $2 trillion a year than 15 years ago, that is coming out of the economy and providing head winds.

DAGEN MCDOWELL: When you are championing China, you are putting down the United States and our ingenuity. China will never be richer than us on per capita GDP. We are still growing jobs. The job growth is picking up.

CHARLIE GASPARINO: When you add up the various measurements it doesn't look good for us. We are falling behind in a lot of categories. I would not dismiss China's growth. China has not had a recession in a long time, but here is the paradox of a Chinese recession. If they go into recession, who is going to buy our debt? That's when we may end up and their GDP is larger than ours.

BEN STEIN: Purchasing power parody is not a well-recognized or well respected way of calculating GDP. It just doesn't work. On the other hand, there is no ready way to correlate the size of a debt with the GDP of a country. Our GDP grew the fastest in World War II when we added debt ahead of what we are adding now.

ADAM LASHINSKY: I agree, everything that you say is accurate, but the crux of the matter is should we expect anything less? We need to adjust our expectations a little bit. You are right that we were the only economy in the entire world that mattered in the 1950s. There was no reason to assume that would continue. There is every reason to assume the Chinese will be a massive economy for a very long time to come, and they should be. Shame on them if they are not. Can we work on some of the issues that you address? Yes, we can, and we will.

GARY KALTBAUM: Look, we were told during the stimulus that a ton of it was going to go towards shovel-ready jobs for infrastructure. We know what they were shoveling at the time. We are spending over a trillion more than a few years ago, and it's always on the taxpayer's back, and its shadow taxes and it's adding to the nausea for the taxpayer.

CHARLIE GASPARINO: We have been talking about this for decades. For us to believe that the federal government says we need this money, and there's buyer's remorse, we can't trust them on the subject. Do we or don't we have infrastructure crisis?

DAGEN MCDOWELL: Let me say that I told you so. We have not raised the federal gas tax in 21 years, so if you don't want the gas tax going on, this is an alternative. It's a fee, essentially, a toll for people who use the roads. Period.

BEN STEIN: People are using cars and they get better miles per gallon, and the only thing I am worried about is toll booths slowing down highway traffic. They always say there is an infrastructure problem.

ADAM LASHINKY: What cracks me up about this conversation is you fiscal conservatives bemoaning what the administration wants to do away with, one of the great social programs of our lives which was the Interstate Highway System which was paid for for everybody and everybody got to use it for free.

BEN STEIN: This is a labor force that doesn't want to work. Labor force participation has been steadily falling. It's a real serious crisis, especially in the minority community. We don't have a highly motivated or disciplined force many certain parts of the community. It's a real crisis and the fact that it's happening to young people when young people used to want to do anything to get a summer job is extremely unsettling.

GARY KALTBAUM: Where do kids learn responsibility, accountability, or how businesses run? So let's hope this is not correct. There are other things going on. I believe my sons went to unpaid internships so maybe that's going on. But it is a worry going forward.

CHARLIE GASPARINO: When I was a kid my dad was a bar tender, he got me a job dish washing, let me tell you something, I put my hands in more go than any other time in my life and it was worth it.

ADAM LASHSINKY: I'm troubled by this also. I know you all well enough to know that we all had jobs when we were teenagers that we looked back fondly on. It was part of becoming who we are.