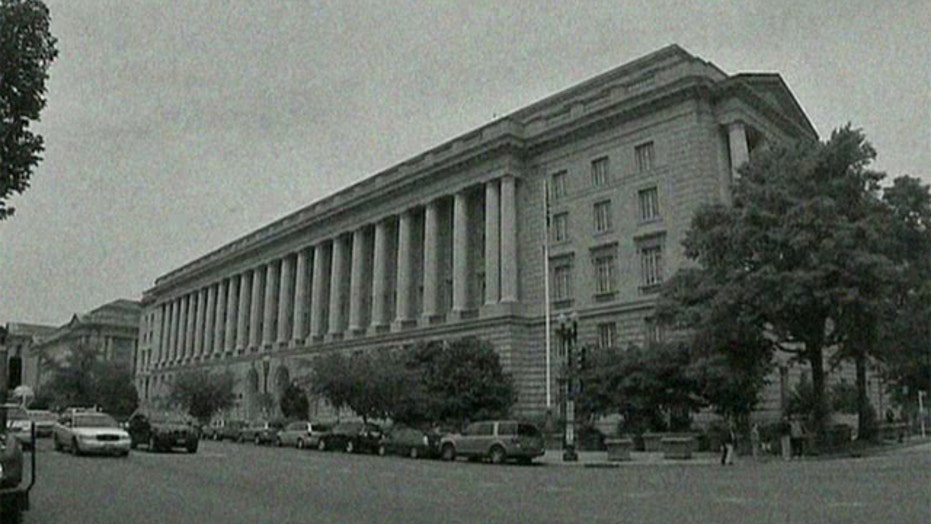 Your tax dollars at work

RICK UNGAR: I feel the need to talk flat tax. I think the bonus idea is a bad idea particularly as it's applied to the IRS. Remember when we have had a situation with private health insurance companies and they are bonusing adjustors and paying them to deny claims. I have a similar problem with IRS agents being paid to collect more money. I tell you the great surprise. You know who favors bonusing the federal government employees? The Heritage Foundation. From James Shirk, the senior economist. "We should shift the distribution from pay less towards base pay to bonuses."

MIKE OZANIAN: I agree with the Heritage Foundation, in general government employee play should shift to bonus with strict performance metric and they would perform better. As far as the IRS, they don't deserve it.

SABRINA SCHAEFFER: We are not in a market and there is not a competitor for those in government and so what are they judged on? On the number of conservative groups that they muzzle? I like the make government employees less effective and I don't want them to be more active. I don't understand how we are basing $92 million worth of bonuses, that is concerning to me.

MORGAN BRENNAN: I think we are mixing this up. There are a few bad eggs that got bonuses. I don't think everyone should have their bonuses axed altogether. The OMB is putting clamps down and the sequestration has a part to play in this. There is a plan and a legislation to cap the bonuses. This is slightly dated here. And I think you need to have bonuses in many cases to the government are tied to the performance. And you need to have that to be competitive with the private sector.

SABRINA SCHAEFFER: We have to let industry go all in. The mistake is to allow government get involved. The government needs to get out of the way and stop picking winners and losers and let industry decide where technology and industry goes. That is the surest path to energy efficiency, lower prices, sound economy, and better environment.

RICK UNGAR: I have no objection to taking advantage of the opportunity that appears to be coming around. If we are a world force, that is a wonderful thing. Where I get nervous about the all in connotation is that there are down sides to this kind of energy. I recognize the upsides; it will produce jobs and benefit our lives in a lot of ways. But don't lose sight for the long-term. Here's what I propose, make it easier for the development of the oil shelves. But in return ask the energy producers to get involved in developing better sources of energy.

MORGAN BRENNAN: It is a gutsy goal. Mike hit the nail on the head. Unleash the private sector. From 2006-2011, we are talking about recession years, when you look at that. Traditional energy created 500,000 jobs and if government got out of the way, you would see those numbers go crazy. This is the way of the future.

FLIPSIDE: Abercrombie & Fitch under fire for saying it doesn't sell big sizes so it can keep their clothes on the "cool kids" they market to

SABRINA SCHAEFFER: And this is classic mean girl behavior, right. But everybody is assuming it is a bad thing. I don't think so. I think everybody wants to be a part of the cool club and be part of the small group. This will boost sales for Abercrombie among those cool kids.

MORGAN BRENNAN: It is a bad marketing maneuver. The company is biting off their nose to spite their face. One of the most underserved markets in terms of retail is plus size females and we are seeing their competitors and lucky brands, H&M, and Kardashians and the exclusive have running out larger sizes to accommodate plus-size females.

MIKE OZANIAN: Or Armani. The stock is up since the CEO made these comments, more than the market, and more than the industry. There is something to be said for that.

RICK UNGAR: What is not cool is Mr. Jeffries. My daughter is in great shape and very attractive and fits the customer of Abercrombie, she was so insulted by these comments. Why? The ethos one of the customers today, is different than the old days. They don't think it is cool to pick people who are larger sizes.

INFORMER: What stock will be the next Google?