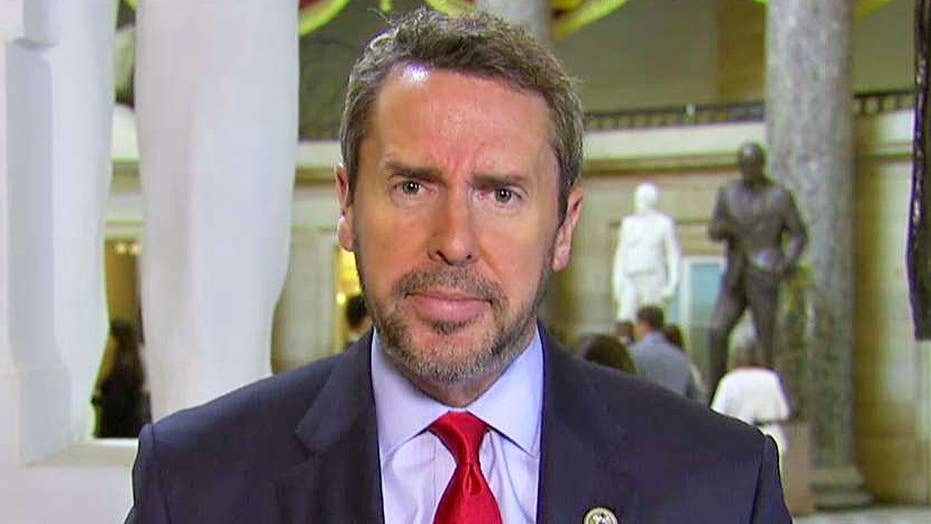 North Carolina congressman speaks out on 'Your World'

This is a rush transcript from "Your World," June 14, 2017. This copy may not be in its final form and may be updated.

The Republican congressman witnessed today's shooting, was there at the time.

Congressman, what can you tell us?

REP. MARK WALKER, R-NORTH CAROLINA: Well, I can tell you, Neil, that, to correct just a little bit, I am the starting pitcher, but I was taking the morning off.

So, my recount has basically, talking to my friends Gary Palmer, Barry Loudermilk and others, as I was on the phone with a couple of those guys during the incident this morning, so right after the incident. So, I wasn't there on the property, but still a tragic situation.

CAVUTO: All right. So, tell me, what we do know from one of your colleagues -- I was speaking to Ron DeSantis from Florida, who was earlier telling me that this guy walked up to them, presumably the shooter, James Hodgkinson, and who was asking whether there were Republicans or Democrats playing there.

So, he had clear intent, if that is the same individual. When I showed a picture, the license picture that we have all seen him by now, he identified him as such.

But these are events that normally are pretty safe and routine. What do you make of the fact that, fortunately for Congressman Scalise, who, of course, as a member of House leadership, as a whip, had this Capitol Hill police protection, had they not been there?

Yes, I believe it was very intentional. A couple of hours ago, I was asked to lead the entire Congress in prayer. I had them join hands. We understand that we have got to work on our rhetoric

However, we cannot ignore the fact that these Republicans were targeted by this individual. When it comes to the second part of your question, there's no doubt in my mind that we would have 15 to 20 members of the Republican House that would not be with us had Steve Scalise and his two or three detail that he travels with -- we have actually teased him about it before. Does the three or four people need to tag along with you?

Had they not been there today, this tragedy would have been something that would have gone down in history as just disastrous.

CAVUTO: Were you surprised that, post the incident, the comradery that both sides seem to have shown? It was very similar to what happened after 9/11, as you might recall, Congressman.

But these things tend to be short-lived, as encouraging as this joint presser with the two coaches was, that, for some reason, it doesn't last. Do you think this lasts? Do you think people step back, take an assessment of things and say, all right, we're going to dial this down?

WALKER: I don't know how long it lasts in the public.

But those who are elected to lead, we must have a discipline to be able to find the ability to talk about our differences, but to have a discourse in a way.

In fact, one of the things I quoted this morning was it was reminding that our conversations should be seasoned with salt, should be led with grace. It doesn't mean that we have to compromise on issues that we want to stand and believe and fight for. However, I believe we have to look both on the right and the left to see if there's responsibility.

CAVUTO: All right, Congressman, thank you very, very much. Very good catching up with you.