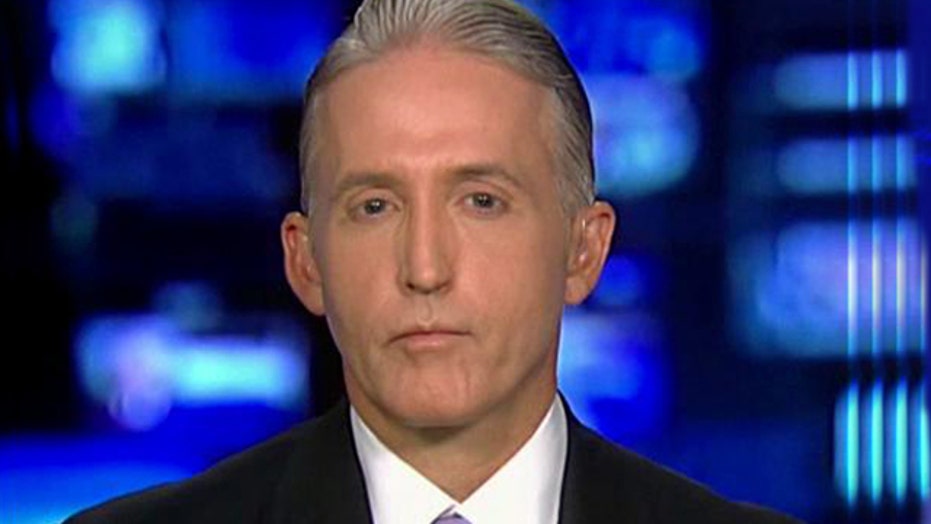 Rep. Trey Gowdy on how the Benghazi probe will move forward

This is a rush transcript from "The Kelly File," May 7, 2014. This copy may not be in its final form and may be updated.

MEGYN KELLY, HOST: Breaking tonight on Benghazi, a possible star witness speaks out and Democrats drop hints they may not cooperate at all with this, as Congress stands on the verge of making history with its first select committee in years.

Welcome to "The Kelly File" everyone, I'm Megyn Kelly. A key committee wrapped its up work just a couple of hours ago and the full House stands ready to vote on a high-powered search for the truth behind how the administration handled the Benghazi terror attack and what happened in the days leading up to Benghazi.

With Democrats suggesting now they may not play ball at all, we're hearing former Secretary of State Hillary Clinton will likely be called to testify. She spoke to ABC News just a short time ago.

ROBIN ROBERTS, ABC NEWS: Benghazi, the new investigation -- are you satisfied with the answer as and are you content with what you know what happened?

HILLARY CLINTON, FORMER SECRETARY OF STATE: Absolutely. I mean, of course, there are a lot of reasons why despite all of the hearings, all of the information that's been provided, some choose not to be satisfied and choose to continue to move forward. That's their choice, and I do not believe there is any reason for it to continue in this way, but they get to call the shots in the Congress.

We begin Mr. Gowdy, who has been named chairman of the select committee on Benghazi and we are now hearing media reports that he has gotten death threats since that announcement has been made.

Thank you for being here with us, sir. Let me first get you to respond to that. I know that's a sensitive matter. I assume you're being protected but the unfortunate nature of where this investigation has already gone.

REP. TREY GOWDY, R-S.C.: Well, Megyn, first of all, thank you for saying that. I was a prosecutor for 16 years. This is not my first death threat. I'm always happy when it doesn't come from my wife, and this one did not. So I'm going to be fine and it's not going to keep me from doing my job.

KELLY: Good man. Let's talk about Hillary Clinton. She comes out tonight and suggests that people like you, I assume, are not choosing to be satisfied, that that's your choice, and the rest of us have to live with that. Your thoughts on that?

GOWDY: Well, you can add to that the family members of the four murdered Americans, because they still have unanswered questions. And I would just ask Secretary Clinton, with all due respect, can you explain why we were still in Benghazi after everyone else had pulled out and after the British ambassador was almost assassinated and our compound was attacked twice?

There are three separate categories of questions, each with subunits within them that have not been answered. I realize it's been 20 months, but time is no barometer of thoroughness. My daughter took Latin for three years; she still can't speak it.

So, time doesn't mean something is thorough. When we get through with this select committee, those questions will be answered for the family members and Ms. Clinton will have another chance to come and talk to us.

KELLY: I know that you have said you intend to subpoena her, that you want her to appear before your committee. However, and I say this respectfully, the last time she appeared before Congress, what we had was a series of speeches from the lawmakers without that many probing questions. And I hear that from my viewers often when we look back on the hearings. What would be different this time?

GOWDY: Well, what will be different is I'm not necessarily committing to a hearing. I'm committing to the getting the answers. And it may be in the form of a deposition, which, as you know, Megyn, as a very good attorney, which you once were, that is the route that is most conducive with eliciting the truth. It's not five minutes of pounding your chest in a committee room. It's a deposition.

KELLY: Can she get out of that?

Right now it would be seven Republicans, five Democrats. She says they want equal subpoena power and equal voice. They want it to be 50/50. Will you grant that?

GOWDY: No, ma'am. As the president famously elects to say, elections have consequences and the consequences of the last U.S. House race is that we're in the majority. And I hasten to add when she was in the majority and she had a chance to constitute a select committee, she certainly did not constitute it equally, nor are any of the Senate committees equally constituted.

So I'm sure if I were in the minority, I would be asking for what she's asking for too. She's not going to get it. I hope that she will put five members of her conference on the committee. There are very bright minds on the other side of the aisle and our goal is to get at the truth and they could help us do that, and I hope that they'll come.

KELLY: Trey Gowdy, thank you for being here, sir.