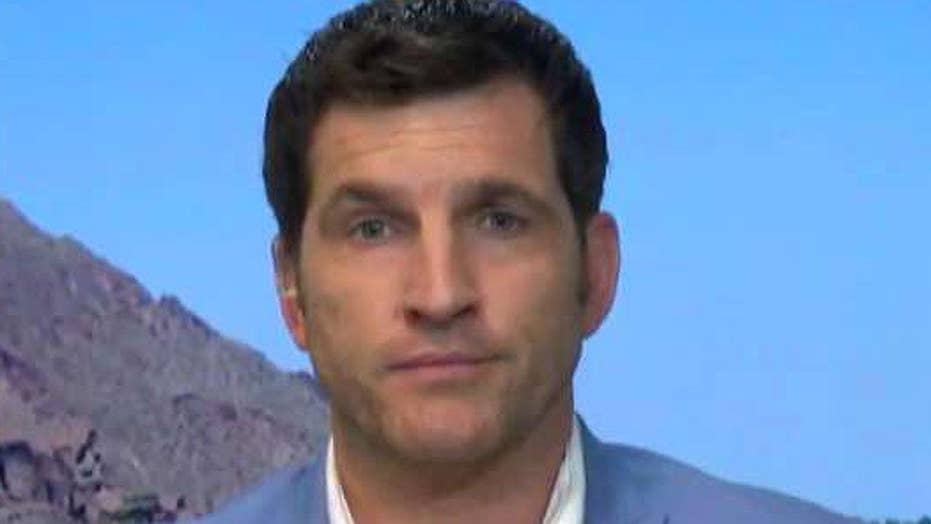 Rep. Scott Taylor: The Middle East is looking for leadership

This is a rush transcript from "Your World," April 14, 2017. This copy may not be in its final form and may be updated.

TRISH REGAN, GUEST HOST: One day after the military dropped that huge bomb in Afghanistan, the Pentagon is now saying Defense Secretary James Mattis will be heading to the Middle East next week. The first meeting will be in Saudi Arabia. But do the Saudis need to do more to help fight ISIS and other extremists?

Good to have you here, Congressman.

REP. SCOTT TAYLOR, R-VIRGINIA: Great to be with you, Trish.

REGAN: What would you like to see out of these meetings next week?

TAYLOR: Well, like just in your last segment, this is a very different administration than the last one.

And relationships matter. And relationships in the Middle East certainly matter. And folks over there respect or fear strength. And I think it's important that Secretary Mattis is over there right now meeting with our allies, some are whom are in to fight with us to counter terrorism, some of them fighting right alongside of us, some of them providing intelligence or money or those things.

So, they need to know that we're engaged and we're allies with them as welcome too. At the same time, you have heard a lot out of this administration that folks need to step up for their own defense. And I actually heard Secretary Mattis say to me one time explaining, when he went over to NATO, saying that.

He let them know that no one is going to care more about your children than you. So, I think that's extremely important. It's a good message to have to them to say, listen, you have to step up and engage in this fight as well, too.

But, at the same time, we will be there for you as your ally.

How do you think is that affecting everyone who is in the Middle East right now, all those leaders?

TAYLOR: Well, I think -- again, I think it's very clear that you have a different type of administration here, one that is willing to back up.

The bomb that you're explaining right now, of course, was dealing with these tunnels underground, of course. I think that's actually a message to North Korea. You talked about it in your last segment. But we know that a lot of nuclear tests in North Korea are held underground.

So, I haven't heard that talked about. But that's a message to them as well, too, that this huge conventional bomb could take out potential nuclear facilities, not saying that that's going to happen, but it is certainly something that signals the willingness of this president to take action.

REGAN: Congressman, we all want peace in the Middle East. It's clearly shown itself to be very unattainable, very, very challenging region.

As you fast-forward here over the next three-and-a-half years, how do you see things playing out? Are things going to get worse before they get better?

TAYLOR: Well, anything can happen in the Middle East, as it always does.

It's not very logical in many ways.

But I will tell you that the Middle East and the world are looking for leadership. And America is willing to lead now. That's for sure. So, it's important. As I said to you, I have spent years in the Middle East myself. They respect or fear power.

At the same time, I have been very clear, saying that you have the second administration working off a third administration's authorization of military force from 16 years ago.

So, it's important that Congress as well engage. And I know there's been many congress men and women over the past few days speaking about the Syria strike, whether for or against. But it's important that we do have that debate, that the American people have the debate via the representatives as to the use of military force.

But this administration is certainly showing a willingness to engage in the region, which I think is important for the world.

All right, Representative Taylor, thank you so much. Good to have you here.