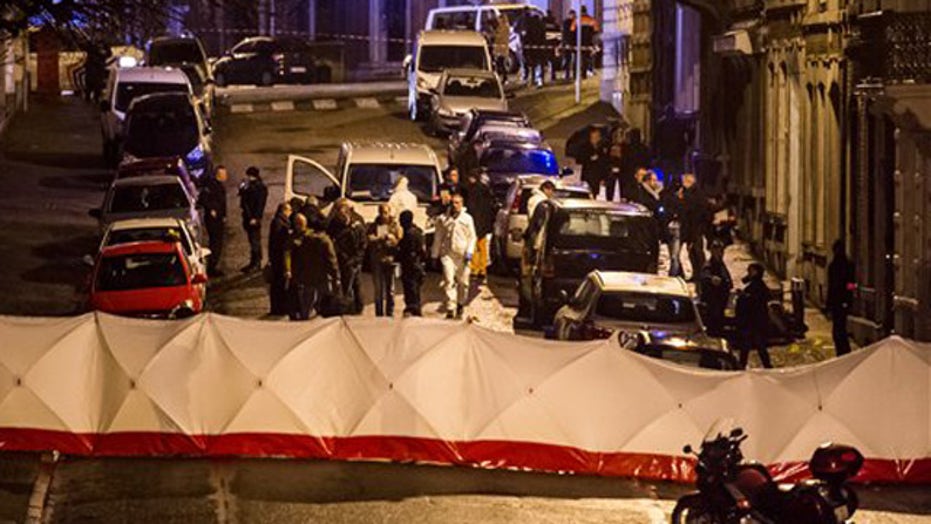 This is a rush transcript from "The Kelly File," January 15, 2015. This copy may not be in its final form and may be updated.

Congressman, good to see you tonight.

BREAM: All right. What do you make of what we're seeing play out in Belgium today? We're hearing that with some of the suspects, they apparently have been just traveling in and out of Syria. It seems to be a common thread we're hearing in a number of these alleged cases of terrorism. We've -- there's a mess in Syria. We haven't cleaned it up despite some pledges from the White House.

How critical is Syria to what we're seeing?

KING: Syria's really, you know, the key point of all this. ISIS is operating out of Syria and Iraq. And I agree with you completely, despite what the president said, we've had very little real impact on ISIS. Maybe five to plane strikes every day, there's no use of ground troops.

And so, yes, we're damaging ISIS, but no significant damage. And they're still recruiting many people -- hundreds still coming in from Europe. We still have people come from the United States to fight, and they have been trained and skilled.

And what we're seeing now in Europe is what we really dreaded for the last year or so, and that was the foreign fighters trained in Syria by ISIS going back to Europe to carry out attacks.

BREAM: All right. The Pentagon says that we have slowed the momentum of ISIS in Syria and Iraq, but a lot of people are asking about whether there's been too much focus by the coalition airstrikes in Iraq, because if you look at how much territory is influenced or held by ISIS when we're talking about Syria, it's amazing to see the progression over the last few months, even since we started the airstrikes. It's startling.

KING: Shannon, you're entirely correct. I mean, certainly, American airstrikes are going to have some impact, but nowhere near the impact that's necessary to stop this movement by ISIS.

And, again, the allies are focused in Iraq. The U.S. is also focusing on Syria, but not enough. Once we rule out the use of ground troops, that made it much easier for ISIS to plan and to maneuver. And those fighters being trained in Syria, we're seeing now back in Belgium. And also, it's not ISIS. You still have AQAP. You have core Al Qaeda and you have these other groups.

So, Europe right now is really the hot bed that could easily come to the United States. And I think this is -- if today's attack on this cell and that cell was actually controlled by ISIS, this is really the first time we've seen a fully coordinated plan coming from ISIS. And that's a dramatic turning point.

BREAM: Congressman Peter King, thank you for your time, sir.