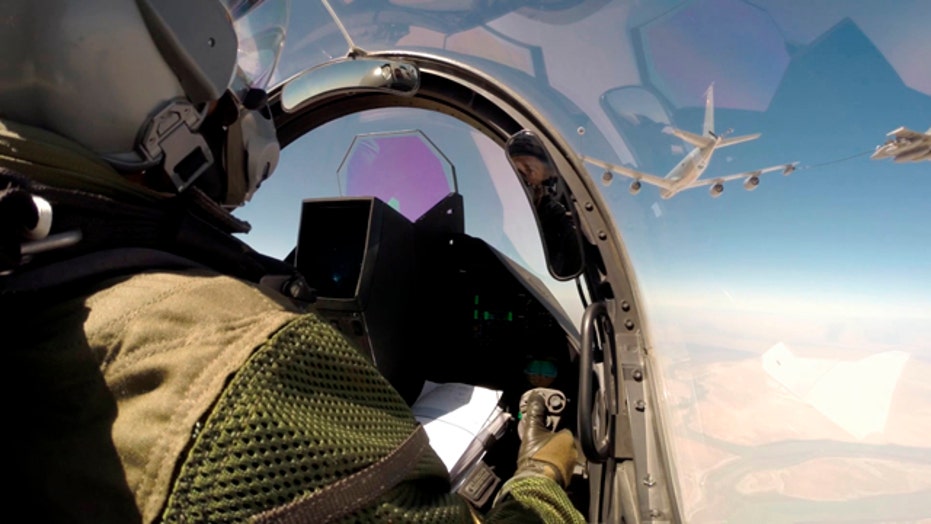 This is a rush transcript from "The Kelly File," September 22, 2014. This copy may not be in its final form and may be updated.

MEGYN KELLY, HOST: I want to bring in Congressman Peter King, who's a member of the House Homeland Security Committee and chairman of the subcommittee on counterterrorism and intelligence.

So Congressman, you're reaction now, because the president came under some criticism for waiting too long to launch the air strikes that he said he was going to launch. The White House said we're building a coalition. Tonight we're getting our first look at what that coalition -- how it looks. Five Muslim countries, Sunnis who will be fighting other Sunnis, no European allies. Your thoughts.

REP. PETER KING, R-N.Y.: I think it's a major step by the president. I think it's important for all Americans to support the president. I and others have been calling for this nearly for a number of weeks now if not months. But the bottom line it is being done. If there are -- and obviously there are these Arab nations involved, Sunni Arab nations. This is a very, very positive step.

I think it's really important for all of us to come together. Whatever happened in the past that's behind us. What's important now is Americans we go forward, support the president and urge him to continue this to make sure these attacks continue and go on until ISIS has been devastated. So, again, it's a very positive --

KELLY: Explain to the audience why it is important that we have these five Muslim -- these five Arab countries participating in this coalition with us. Because one gets the impression that ISIS doesn't much care who we're with or not with, they want to kill us all. Does it -- is that not true? Even if it is true, does it matter with respect to the rest of the world?

KING: Yes, it matters to the rest of the Arab world. Again, it's not 100 percent guarantee, but it makes our case better among other Sunnis, among other Arabs, that they -- ISIS can't say this is an attack by the infidels, this is an attack by the West. By having other Arab nations involved certainly makes our position better. Militarily they're going to help, but the main benefit is going to come from the diplomatic end, from the political end from the fact this is not a religious war. They will still claim it is, but it weakens the ISIS argument. Put it this way, it strengthens the U.S. and puts us in a better position diplomatically.

Again, I would have supported the attacks whether or not we had the coalition support. But the fact that we have it is definitely a plus.

KELLY: Congressman King, here we are. A year ago the president spoke at the U.N. and he was proud to announce that we had withdrawn all of our troops from Iraq. And here we are re-entering the region in a very robust way, bombing Syria, the thing that we did not do when they used chemical weapons against their own people. Re-engaging in the Middle East in a war that many fear could become a generational conflict, perhaps it already is. Your thoughts on the big picture of what this means for the United States of America.

KING: I think it's important for the United States to realize that the president apparently now realizes, we just can't declare an end to wars in the Middle East. The fact is, Islamic terrorism is out to destroy us, they're going to fight us every way they can. And the war is only going to end when they are defeated. And this may well go on for a number of years. In fact, in many ways it's been going on for 20 years. It's the first World Trade Center, the second World Trade Center attack 13 years ago. This is an enemy that we have to stay after because as soon as we let our guard down, they will come after us.

With the president, I believe made a mistake, a big mistake in pulling out of Iraq the way he did. Same thing has happened in Afghanistan. And also, by waiting a year to go by before we actually started to carry out these measures in Syria.

The bottom line is, though, that's really in the past. We can use that as a lesson to the future. But right now, we have to stand with the president and certainly behind our military. This will be a well-coordinated series of attacks. And they have to go on and on. We cannot just do them for show value. We have to show we're serious about it. And that is another way to win support in the region by showing that we're in this to keeps.