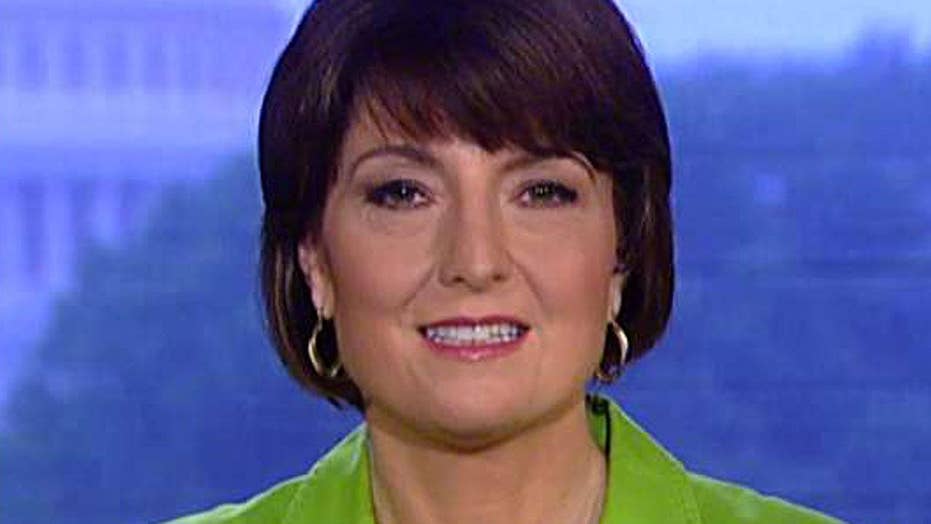 On 'Your World,' the House Republican Conference Chair discusses the tax cut timeline

This is a rush transcript from "Your World," May 12, 2017. This copy may not be in its final form and may be updated.

NEIL CAVUTO, HOST: The Comey stuff and all the back-and-forth about independent commissions, we have got to get a prosecutor on this, that regardless of what you feel on those matters, that it is going to delay progress on other matters, maybe the tax cuts, the health care thing, and that this could be a problem for the Republican agenda.

WILBUR ROSS, U.S. COMMERCE SECRETARY: Well, I think the Democrats have been throwing sand into everything to try to slow it down.

My perception is that they're scared to death that we're going to make the economy really jump-started, and that that will bode ill for them in the 2018 elections.

CAVUTO: All right, if the commerce secretary is right, announcing a big China trade pact today, this is all about the Democrats worried that the president is gaining traction on his agenda.

Very good to have you, Congresswoman.

REP. CATHY MCMORRIS RODGERS, R-WASHINGTON: Thanks. Good to be with you.

CAVUTO: What do you think of what Wilbur Ross was saying, that this isn't so much about Comey and what the president knew and when he knew it and whether he tapes his conversations; this is all about making sure you guys don't get to do what you want to do?

We know that there's an organized effort by the left, it's well-funded, it's well-organized, and their goal from the very beginning has been to distract us, get us off our game, run down the clock.

And that's why it's more -- it's so important that we stay on our game, that we are getting points on the board and getting bills passed.

And that's why I'm proud that the House took action on the American Health Care Act that is fulfilling one of our promises to repeal and replace ObamaCare. And I'm anxious to get to work on tax reform, one of the best things we could do to get our economy growing.

CAVUTO: Are you worried, though, that, in the Senate, I guess they're going to start from scratch? And maybe that's just the way it goes. But you think, leaving aside the Comey stuff and all that nonsense, that things are getting delayed, getting pushed back?

And the Senate, they're going to work through their process. My understanding is that they still believe that they need -- they want to take action in the next few weeks, you know, maybe a month or two. But they recognize that this needs to happen. We need to repeal and replace ObamaCare.

Every day, we're receiving more news how ObamaCare is failing. And so that action needs to be taken. But we also need to work on tax reform. And we want to get a bill out of the House as soon as possible. We have been working on this for months.

CAVUTO: What is as soon as possible on the tax thing? What do you think that is?

MCMORRIS RODGERS: Well, my hope is that we can do this by August, at a -- that we can get a bill out of the House.

And we have been working on it for months. It's -- we need to do this. This is our once-in-a-generation opportunity to enact real tax reform. And America needs it. That's how we get our economy growing, get people back to work.

CAVUTO: But do you worry, though -- I'm sorry. And I can see what you're saying here, that you still want to move full speed ahead.

MCMORRIS RODGERS: Yes, we have just to keep our eye on the goal.

Certainly, the media, you know, spinning this up, that's what they're talking about. But every day in the House, we have got to keep doing our work. And that's where getting the American health care bill passed out of the House last week was so important. We have been working for months on tax reform.

We want to work on the Dodd-Frank reforms. We have a long list that we want to do. We have already passed 13 major repeals of regulations that were stifling this economy that the president has signed. We -- all of that builds momentum. And we just got to keep it going.

But does it ever bug you when the president maybe gets in the way of that or either tweets or says stuff that all of a sudden shifts the attention? It shouldn't. Obviously, people can do other things and chew gum at the same time, but that the president is the one who derails you.

MCMORRIS RODGERS: Well, the president, the media, it's a 24-hour news cycle.

MCMORRIS RODGERS: It has to be fed every day.

You know, I think, as legislators, this -- we have got to just stay focused on what our responsibility is. And the legislative process takes time to work bills through the committees.

CAVUTO: Well, do you think he should be tweeting at all, Congresswoman?

CAVUTO: Most of his tweets concern this back-and-forth with the media on press conferences, on the FBI. You know what I mean, that maybe it would be best for him not to do that?

MCMORRIS RODGERS: Well, you know, the president has -- he engages people directly through those tweets.

MCMORRIS RODGERS: And so he is doing the job that needs to be done as president in the legislative process.

CAVUTO: Congresswoman, we're just learning that James Comey has declined an invite to appear before the Senate Intelligence Committee and testify before them in a role as a former FBI director.

Are you, were you surprised?

MCMORRIS RODGERS: I had not heard that news.

I would think that the Senate Intelligence Committee is going to have to continue to work through its process, and perhaps will have to think of another way to get him to appear if they want to talk with him.

The other quick question is, whoever replaces the FBI director -- I know this is a Senate matter -- but do you think that a non-politician, as some have said, someone who did not actively campaign, for example, for the president is the way to go?

MCMORRIS RODGERS: Well, we need someone that has the trust and confidence of the president, as well as the American people.

The FBI, it is so important that people have trust and confidence in that agency. And, ultimately, it's the president's decision to make as to who is going to best fulfill that role.

Thank you very much, Congresswoman Cathy McMorris Rodgers. Have a wonderful Mother's Day.

CAVUTO: All right, thank you. All right.