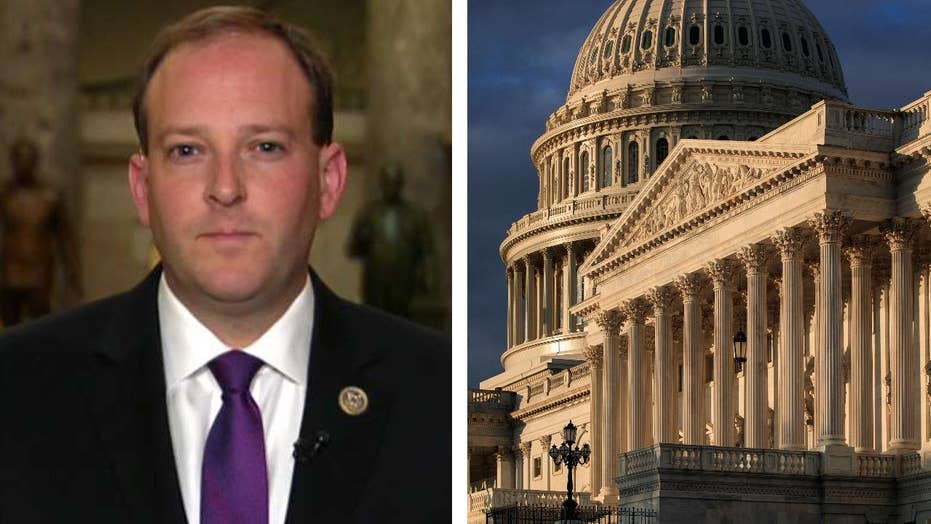 Rep. Lee Zeldin explains on 'Your World' why he doesn’t feel the current proposal is right for his state.

This is a rush transcript from "Your World," November 3, 2017. This copy may not be in its final form and may be updated.

NEIL CAVUTO, "YOUR WORLD" HOST: Meanwhile, to Charlie's point, we have got at least five Republican House members who are saying no right now or leaning no right now on this tax plan, a lot of them because of this local and state tax deduction issue.

With us right now is one of them who is very concerned, New York Republican Congressman Lee Zeldin.

Congressman, good to have you back.

REP. LEE ZELDIN, R-NEW YORK: Great to be with you, Neil.

CAVUTO: So, not a fan right now?

ZELDIN: Well, you know, as you were just talking, on the corporate side, thumbs up. There's a lot of great work there.

But being a New York congressman, representing a New York district, this proposal to eliminate the state and local tax deduction is pretty tough to swallow for me. I'm a no to this bill in its current form.

I would love to be able to get to yes. There was some progress in being able to bring back the property tax reduction up to $10,000. We need to get it to go a little bit further.

CAVUTO: Would that offset it for you, Congressman?

Because even in your district, it's very high tax district, obviously. A lot of people pay that. I would say even the $10,000 thing on the interest isn't going to cut it.

ZELDIN: I would call it progress.

ZELDIN: You might be capturing some more of my middle-income constituents. But -- and it's progress. But we need to...

CAVUTO: But your district covers what, Congressman? Bring people up to about what does your home district looks like.

ZELDIN: So, I represent the 1st Congressional District of New York. It's on the east end of Long Island. This is Suffolk County.

But you look at tax policy and spending policy, and New York is a net contributor, sending more to Washington than we get back.

CAVUTO: Yes, that is lost on lot of folks when they hear that argument. So, they can thrash that out. And I guess they will.

But I do want to get a sense of how much is negotiable here. When I was speaking to Kevin Brady of the House Ways and Means Committee, he did seem to hold out hope that nothing is etched in stone here. I want you to react to this.

REP. KEVIN BRADY, R-TEXAS: We are showing that families in high tax states are getting tax cuts. Members from those states have now taken a second look at what we are achieving. Some still need more.

Bring the ideas. We are here to solve it. I have learned to never say never in tax reform.

CAVUTO: All right, that was a Politico event. He essentially did say the same thing to me yesterday, that nothing is cemented down here, that there are ways to make this -- he will crunch the numbers and he will share the numbers with you,.

But you have done a lot of the crunching yourself. What are people in your district telling you?

ZELDIN: Well, I have -- so my district was a district that President Trump won over 14.5 points.

I'm hearing just from Democrats, I'm hearing from Republicans, people who want to see tax reform get done, that they want to see an improvement to the bill as it's currently drafted. Chairman Brady has been outstanding to work with.

There is some work that, over the course of the weekend, we can keep working together. On Monday, he -- it appears that he is going to be releasing some substantive changes to the bill. I would love to, as part of that, to be fixing his state and local tax deduction issue.

I look at the idea of eliminating the state and local tax deduction as a geographic redistribution of wealth, because you're taking money from a place like New York to provide deeper tax cuts elsewhere.

ZELDIN: Well, in its current form, I would vote no.

So, that's why we are in this battle. I don't want any middle-income tax. There is no reason, as we're delivering tax cuts, big, beautiful tax cuts in time for Christmas, hopefully, there's no reason why anyone should be cut out of that if they are a hardworking, middle-income, low-income American.

And we also have to find ways to make improvements for really all Americans, because this is something that we should all be celebrating for the holidays, not just based off what state you're from or what income bracket you're in.

CAVUTO: We shall see. Still early on in the process, to your point, Congressman.

Thank you very much.