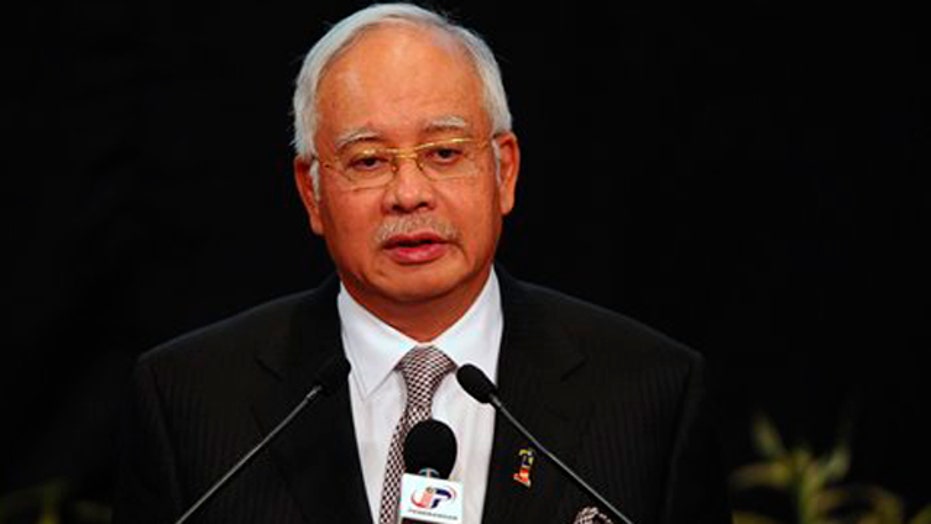 This is a rush transcript from "The Kelly File," March 24, 2014. This copy may not be in its final form and may be updated.

MEGYN KELLY, HOST: We begin with New York Congressman Peter King, he's a member of the Homeland Security Committee and chairman of the subcommittee on Counterterrorism and Intelligence. He also serves on a permanent select committee on intelligence. Good to see you, Congressman.

And so, we have a situation now where they did not question that pilot's estranged wife because apparently under Malaysian culture that is considered inappropriate when you know, she maybe grieving, and indeed she may be, yet 239 people are missing, and we need answers about that pilot's state of mind. We have a situation where the Malaysian government initially said that there were no controversial batteries on board, and now we find out there were controversial batteries on board, a fact about which they deceived us. And on the information goes. Your reaction tonight to this definitive statement by the Malaysian government that this jet went down in the Indian Ocean, period, end of report.

REP. PETER KING, R-N.Y., HOUSE HOMELAND SECURITY COMMITTEE: Well, from day one, Megyn, the conduct and the tactics of the Malaysian government have been inept and in many ways disgraceful and inexcusable. It took then one week to even begin any type of investigation into the pilot and co-pilot, when in any other country that would have been the first area you would look. And now we found out, they have not even look at the wife of the pilot, even though clearly there's an estrangement between the two. And she would have been the most logical person of all to speak to if you're trying to find out what was on the pilot's mind, what was going on in his personal life, what could have prompted him to take some type of a suicidal or terrorist action.

As far as what the Malaysians said today, I mean, I felt for a while, I felt that you know, the evidence seemed to say that the plane had gone down. But there is nothing definitive and there's nothing more definitive today than was yesterday or the day before other than the report by the British company, and my understanding is they have not gone anywhere near as far as the Malaysian prime minister went today. I think he was doing that to try to get attention away from him, and away from the fact the Malaysia has done such a terrible job, as far as -- again, I said from from day one even the fact that they knew what the plane had gone off course, had done a dramatic detour. They waited four days to tell anyone that, as search parties were already going out east instead of going south.

KING: I mean, it's just -- shameful from the start.

KELLY: Well, that is the question about whether we're being misdirected by the Malaysian authorities. They knew four days prior, from that satellite company that the plane had gone west but they took four, almost five days before they told everybody that and redirected the search of the west of Malaysia, why did they do that? Why did they tell us no batteries were on board, well now we found out there are batteries on board? Why did they not question the wife of the captain in earnest? Because Malaysian culture? Well, I mean, 239 people are dead possibly. You have to investigate it -- possibly being held someplace.

So, there is a question about whether we should trust these authorities, but the question for you sir as somebody on the Intel committee, somebody who gets Homeland Security, and somebody who gets briefed, what does our FBI believe? What is your information? Because we are being told that the FBI is waving people off the statement saying there is no certainty yet.

KING: Well, again, only the FBI and CIA have said in other parts of the intelligence apparatus are that there are no links to terrorism found yet. They're not making any of the other conclusions, our government is certainly not ready to say that the plane has definitely gone down. My understanding is that the FBI finally has been asked to assist Malaysia as far as going through the pilot's simulator. But again, that took so long to ask for the FBI or any international intelligence agency, other national intelligence agency or investigative agency to get involved.

No way is our government saying that this is definitive. And I don't know what could have justified the prime minister doing that today other than to deflect some of this criticism he has been getting particularly from the families and Chinese and actually from all over the world.

KELLY: Well, how do we get to the bottom of this now? Because even if the plane did go down in the Indian Ocean, that begs the question of how that happened and whether somebody did take control of that plane. Somebody, you know, on board the passenger -- on board the aircraft, one of the captains, you know, who did it? How did it get there? Was it a mechanical malfunction or was something more nefarious.

And now you know these reports about an alleged cell phone, and a phone call and a pre-paid cell phone. In Malaysia if you get one of those pre-paid cell phones, you have to get an ID. And now they're saying, it was a false ID, the Daily Mail is reporting that a false ID was used to purchase the cell phone that called the captain two minutes or a couple of minutes before he took off on this plane. How do we look into that and get to the bottom of that? Is that worth pursuing and can our FBI do so?

KING: Of course, everything is worth pursuing. The FBI can only get involved in Malaysia if they're invited to and asked to. But I think we should put as much pressure on the Malaysian government as possible to say that we do want to get involved, that this is an international incident. It's again -- there were three Americans who are on board who were killed. This is international victims here. And Malaysia can't continue to be like the keystone cops.

Because all the questions you're raising, Megyn are what any day to day detective in any major American city would be looking into from day one. This is the type of thing that the Malaysians should have been on from the start. Usually maybe nine out of 10 of these rumors or stories turn out not to be accurate or entirely accurate. But one of them does work out, or two of them work out. And that is how cases are solved. Every day that goes by without a full and thorough investigation, is going to make it harder for us to find out -- especially if the black box is never found. The only other way they we're going to find out is by investigation, by going through intelligence.

KING: Megyn, always good to see you. Thank you.