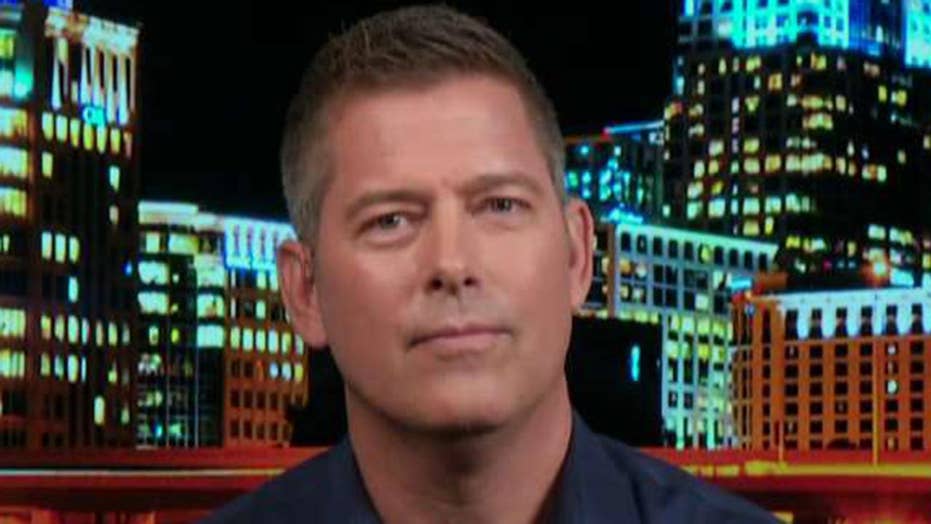 This is a rush transcript from "Tucker Carlson Tonight," March 28, 2019. This copy may not be in its final form and may be updated.

TUCKER CARLSON, HOST: Good evening and welcome to "Tucker Carlson Tonight." That was the President of the United States speaking to supporters in Grand Rapids, Michigan, celebrating his vindication by the Mueller report. The speech one about an hour and 20 minutes. Wide-ranging as always. Funny in parts, bellicose in others. Author and columnist, and probably our all-time favorite guests, Mark Steyn joins us tonight.

He's been watching for a reaction and recap to what we just heard. What do you think, Mark?

MARK STEYN, AUTHOR AND COLUMNIST: Well, they're ending is always with you can't always get what you want, which should be the new CNN and MSNBC theme, too, after Robert Mueller managed to nuke collusion as it were.

You know, Tucker, you've been through some tough times, I've been through some tough times that there were times where do you actually want to have just a good old fashioned gloat fest over your slain enemies. And in fact, if anything, the President was rather restrained apart from some references to pencil necks and little Schleppers, he was actually rather restrained on that sticking it to the enemies he managed to vanquish after these two long years.

CARLSON: But you could sort of picture him with his, you know, boot on the chest of the vanquished and, you know, mug of meat in hand howling at the night sky. I mean, that that's what that was, was in it. I mean, that was --

STEYN: Yes, there was a part -- there's a part of it that was like that. You know, I have to say, I had a real -- I won't bore any of your viewers. But they're like in a terrible day hold up in a courtroom today. And when I came out, and add, your producer said, you've got to watch this Trump speech, it starts in about 10 minutes, I was like, "Oh, God, I just want to go to bed." It's actually fantastic. Within about 15 minutes, I'd forgotten this lousy caught business and I was howling with laughter.

The President of the United States has developed a totally unique rhetorical style that connects with live audiences. He says things you know, when he says things that nobody else on earth could get away with, say, whether he was talking about the elites, and he goes, "I've got a bigger, more beautiful house than they have." When he says, "I love the Great Lakes. They're great. They're big. They're deep, amazing deepness." It's actually -- I've had serious so called intellectuals at "The New Yorker" and "New York Times," and so and so on market, but it's actually a unique rhetorical style that makes every other politician just seem fake and boring. And he's got that going for him on the eve of the new presidential season.

CARLSON: Well, so that's what I was struck by as well, the references he made to that season. I mean, he seems all in to me to run again.

STEYN: Yes, I think there's no doubt that he enjoys it. And I think in a sense, when he attracts your attention, as Elizabeth Warren did, basically the minute he's settled on you, and he has an attitude on you, it's like he's running around in your brain all day long. So he's standing up there.

Elizabeth Warren was taken seriously as a prospective presidential candidate two years ago. He's there. He's doing his Pocahontas gags. He is regretting that he mocked her too early, so that his insult has knocked her out of the race. You've actually got to be pretty cool to be able to just stand there and do that. And you can see the relish that he is having in coming up with a perspective. You've already seen it with the Alexandria Ocasio-Cortez and you know, when he says you won't be able to watch television because there'll be no wind that night. And then he adds I know a lot about wind, like cryptic remark, I felt.

CARLSON: That's so true. It got bad, but I loved it.

STEYN: I know, and the fact is, I've heard people say, "Well, this isn't a speech. He's not talking in sentences." No, he's not. He is actually just riffing on the day's news. And it goes back to the very first time I saw him live, where he came out. It was about a week before Iowa and New Hampshire in 2016. And he came out, and he did everything he was not meant to do.

He had done message discipline whatsoever and he just riffs on the news and he's actually funnier than late night talk show host ...

STEYN: ... who have got 200 strong writing teams, and he's just standing there doing it and it's natural to him.

CARLSON: It's believable. Mark Steyn, welcome back from court. Never plead to collusion. That's my advice.

STEYN: No, no. I think collusion is a word that he actually drove a stake through. Goodbye, collusion.

CARLSON: Mark Steyn. Thank you. Well, as you just heard, and if you saw it, you know, the rally in Grand Rapids was an upbeat event. The Mueller report deflated the Russian collusion hoax, which has hung over this administration from its first days. It's good news. The President is not a traitor. But the news is a disaster for the Democratic Party. Democrats are planning to ride that conspiracy theory to victory in the election next year.

They were so certain that Trump was guilty of collusion that they installed their Party's chief collusion monger, Adam Schiff of California as the head fundraiser for the Democrats in Congress. Schiff was planning to spend the next 18 months writing direct mail pieces about espionage and the Kremlin and Don Jr. going to jail.

Robert Mueller foiled his plans, but now, Schiff is back on the House Intelligence Committee. He chairs it. It is one of the most powerful positions in the U.S. government. Intel Chairman is supposed to be, and have been traditionally among the wisest and least partisan and the most honorable Members of Congress. Schiff is none of those things. He's an unbalanced tack with a weakness for conspiracy theories. There's no part of the Russia hoax, no matter how absurd, he doesn't believe and repeat wholeheartedly.

There is ample evidence, and indeed there is of collusion of people in the Trump campaign with the Russians.

I think there's plenty of evidence of collusion or conspiracy.

CARLSON: Well, the Mueller report has been tough on people who said things like that. They look ridiculous now. You might think they'd be hiding under the bed, or begging for forgiveness, or at least not saying anything for a couple years. But no, they're still talking. Adam Schiff, first among them.

Schiff believes in collusion as fervently today as he ever did. It's not a factual question for him. It's a matter of faith. Conspiracy is true. No matter what they say, he made that point on the House floor today.

CARLSON: Immoral, unethical and unpatriotic. Schiff went on and on like this, like a mental patient screaming at cars in an intersection. At one point, he claimed that Roger Stone's Twitter messages to WikiLeaks amounted to proof of Russian collusion. The whole thing was bizarre and worrying, too. The Intel Committee handles the most sensitive information our government produces, it's not a place for crazy people. Probably not a good idea to have one at the helm.

And so today, every Republican member on the Intel Committee signed a letter asking Schiff to resign his post. He's not mentally competent for the job. That's obvious. Here's Mike Conaway of Texas.

REP. MIKE CONAWAY, R-TX: Your actions both past and present are incompatible with your duty as Chairman of this Committee. We have no faith in your ability to discharge your duties in a manner consistent with your Constitutional responsibility, and urge your immediate resignation is Chairman of the Committee.

CARLSON: Congressman Sean Duffy is a Republican from the state of Wisconsin. He joins us today. Congressman, thanks very much for coming.

CARLSON: So I don't think there's ever been anything like this. I can't remember members of the Committee calling for the resignation of the Chairman, ever. Why did they?

DUFF: Well, because it's the death of shame here, Tucker. You have Adam Schiff, who you know, on the committee, I mean, this is a serious committee. I mean, you usually don't know the members of this committee. You don't know the Chairman of this Committee, because they kind of work under the cover of darkness. And they're supposed to keep America safe.

They're focused on Iran and North Korea and China and terrorists. And it's very bipartisan working to keep Americans safe. But you have Adam Schiff out there who's not taking the Bob Mueller report, who he said was a gold standard and he was going to take seriously and accept. He's not accepting that. He is out there raising money. He's part of the resist movement. He's leading the resist movement, and he's trying to undo the election from 2016.

And if I look at this, if you look at all the commentators, all the crazy commentators that got it wrong, even look at you know, Clapper and Comey and Brennan, all used to work in the intelligence community, but they left that community and they went on TV and spewed the lies of Russia collusion.

And we need to bring this committee back to one that works for the American people, give up the Russia collusion, and start to keep us safe. And one last point, Tucker, if I could, I am so proud of the American system. You know, you had the Democratic Party, you had Hollywood, and you have big technology. You're the liberal media all trying to take down Donald Trump.

And we should be celebrating tonight that the American system actually works. An investigation happened and you have Donald Trump who was, for the most part exonerated, not charged with Russia collusion, because the American system is alive and well today in our country.

CARLSON: It's just if you tell me the earth is flat, and I show you a picture of its curvature, and you still believe it's flat, it says something about your capacity for reason.

CARLSON: All right. Thank you, Congressman. Thanks very much.

CARLSON: So the President actually addressed this during the speech, the question -- the speech he just gave in Grand Rapids -- the question of whether the Chairman of the House Intelligence Committee should stay there and we're going to tell you exactly what he said. Worth waiting for. We'll be back after the break.