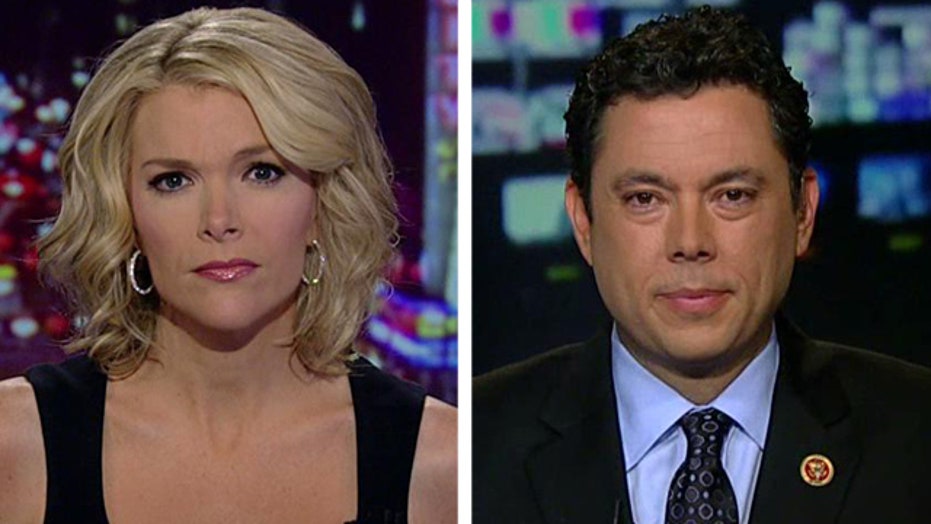 This is a rush transcript from "The Kelly File," November 19, 2013. This copy may not be in its final form and may be updated.

MEGYN KELLY, HOST: Joining me tonight, Utah Congressman Jason Chaffetz, who is a Republican and a member of the House Oversight and Government Reform Committee which has just issued a letter demanding answers and promising a full investigation into this. Congressman, good to see you.

KELLY: And so the essence now of this investigation will be, what?

CHAFFETZ: Well, we want to know what the Census Bureau knew, because there are allegations based on this article that we say. And it is just an initial article that there were people within the Philadelphia field office who not only knew about this and were fabricating data, and the subordinates were doing this, but also superiors were condoning this. And if that is true, I'm telling you Megyn, that is just not acceptable in this country. Just not the way we do business.

KELLY: Is this about stealing an election? I mean, what is this about? Because obviously if you manipulate employment data, the question has to be asked whether that is done for political reasons and who did it and which way did they skew the data?

CHAFFETZ: There are implications for Wall Street and how the governments are reimbursed at the state level. But remember, this data came just a mere 30 days or so before presidential elections. Republicans every day, we were pounding on the fact that Obama doesn't work, that the employment rate couldn't get below eight percent. And then suddenly, 30 days before the election, it did. And so, that begs the question, did that really happen? And we want to know if that is true. Because you now have supposed whistle-blowers who are saying, we were told the lie about this and it wasn't true. And that's what we want to investigate.

KELLY: All right. Because the New York Post started this by breaking a story citing a Census employee who they say was caught faking the results. His name is Julius Buckman, according they say to confidential census documents obtained by the post. He claims that he was told to make up information by the higher-ups in Census. And that was 2010. But then the reporting claims that it escalated right before the presidential election so that it was not just a 2010 problem.

I want to ask you this, Congressman. Because so far, earlier today, it was just The Post out there with its article, citing anonymous sources other than this guy Julius Buckman who claimed to have spoken with. But now we have the census bureau directly weighing in. And here is what they say. I'll read it to the viewers in part. "We have no reason to believe that there was a systemic manipulation of the data described in media reports. We carefully cross check and verify the work of our staff, including looking for red flags that indicate possible fabrication. That is why when we learned of the allegations of fabricated survey results, we immediately reported them to the inspector general."

So, they are admitting that they have conducted or started an inspector general report. Do we know whether that was ever reported up to Labor, as The New York Post claims it was not, or whether anybody in the government was informed that even they believed there was reason to question the data?

CHAFFETZ: We see no immediate evidence that the Census Bureau gave this information to the Department of Labor. Now, we need time for them to respond, but the initially no. The idea that the inspector general has now involved would lead you to believe that there is probably something maybe a little bit more nefarious than just a writer at the New York Post gone awry.

And so, we've got to be very careful, we'll be very methodical in taking this approach, very tempered in our approach. But it is a very serious allegation. Because this is not just the one person, you're talking about something that escalated over -- potentially over the course of years and culminated right before an election. And for the truly independent who was truly trying to make up their mind about Mitt Romney or Barack Obama, I got to think that this had an effect.

KELLY: We will continue to follow this as your investigation goes forward. Congressman, thank you for being here.