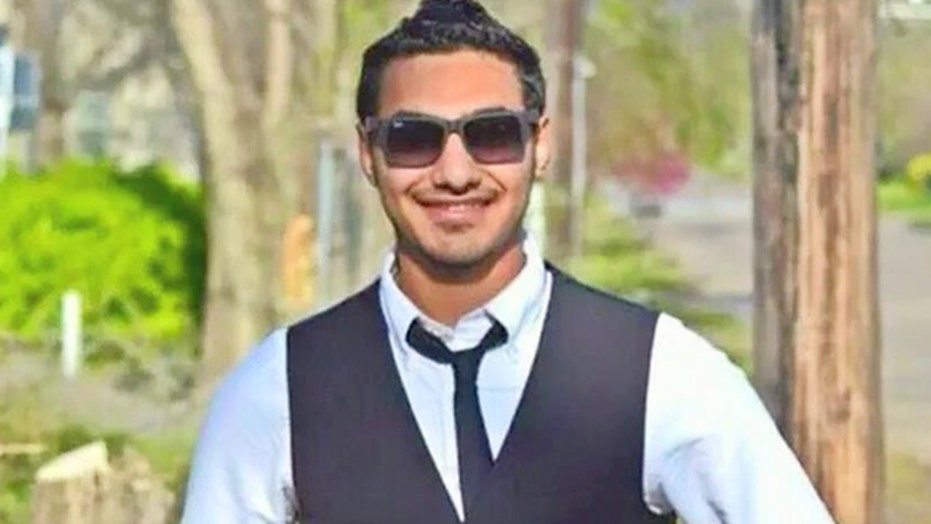 This is a rush transcript from "On the Record," June 3, 2015. This copy may not be in its final form and may be updated.

GRETA VAN SUSTEREN, FOX NEWS HOST: A student at an American university is dead. He was killed at an ISIS-linked suicide attack at a mosque in Saudi Arabia.

But now witnesses saying that student died heroically trying to stop that attack. His best friend Murtadha Alismaiel and one of his teachers join us. Good evening to both of you.

First to you, why was he in Saudi Arabia?

MURTADHA ALISMAIEL, BEST FRIEND OF STUDENT KILLED IN SAUDI ATTACK: I believe just to finish his final two weeks ago and he went back to Saudi Arabia to get married. He was engaged two days before it happened.

VAN SUSTEREN: Professor, you knew him as a student. What kind of young man was he?

PREETHIKA KUMAR, TEACHER OF STUDENT KILLED IN SAUDI ARABIA: Oh, he was really sweet. He would always sit in the front bench in class. He was always smiling. And then he would come to see me during office hours. And during these conversations I got to know him really well, very, very sweet, and very kind. Had a deep faith and he always believed in doing well for others and he believed I had made god happy, so a really nice person.

VAN SUSTEREN: Murtadha what happened? Do you know the details of this horrible tragedy?

VAN SUSTEREN: You know, Professor, this is just not supposed to happen to students. This is a young man who is here in the United States, building a big future and now this. I mean, how do you reconcile this?

KUMAR: You know -- I know it's really sad, but some part of me is also happy, just knowing the kind of person he was. There is a bigger picture to this whole thing and he always believed in doing the right thing. If you would have met him you would know he would have done anything for anyone without putting himself first. There is a lot of good in it also because it just shows us, it's like a role model for us in how we are supposed to be when someone needs help you go all in. It doesn't matter who it is. I think he is showing us how people are supposed to be in general.

KINZINGER: You know I'm in favor of that Murtadha, but what a price to pay. Here's your friend who -- you know, had a huge future ahead of him and you know, now because of this vicious, you know, suicide attack, trying to help somebody, he is dead.

VAN SUSTEREN: What were his plans? He was going to get married in Saudi Arabia and return to school Murtadha?

ALISMAIEL: He was getting married in a month and he was returning the next fall to finish his degree.

VAN SUSTEREN: And he was studying what Murtadha?

ALISMAIEL: He was studying electrical engineering.

VAN SUSTEREN: You know I know it's terribly tragic and I know it's shaken everybody. I didn't even know him and I feel terrible for his family and also for his friends and everybody else. I'm sorry, you know, this has happened to him but thanks very much for joining us.