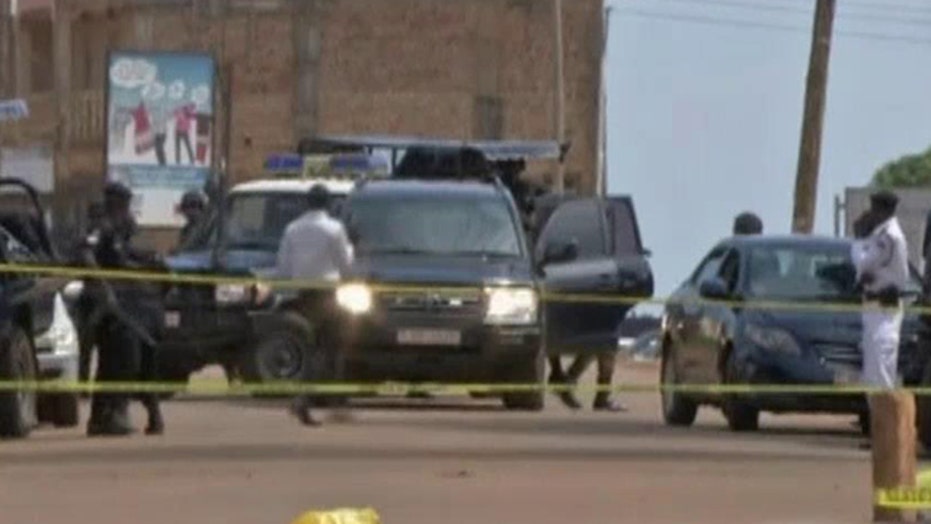 EX-GITMO DETAINEE HELD IN UGANDA OVER KILLING OF PROSECUTOR

Gary Kaultbaum: More than 100 known terrorist who left GITMO are back on the playing field and they are determined to do serious damage. I have the list right here. This doesn't even include suspected ones. It's illogical to get rid of GITMO at this time. ISIS is proliferating everywhere, it's gotta stop and we have to put the hammer down

Dagen McDowell: This will not be judged based on numbers, it will be judged years down the road when Obama is out of office. I think people will stand up and take notice when and if one of these detainees is involved in an attack on US soil.

Charlie Gasparino: This is a different animal than a criminal. This is someone who isn't going to rob a bank; there are no rules as to what these guys have to do. We have GITMO because they deserve a special place.

Adam Lashinsky: Let's get one thing out of the way quickly. Our enemies do fear us. This is a complicated topic and it has nothing to do with keeping Gitmo open. It is an extra legal situation. We have ways of fighting terrorists and maintaining a prison in Cuba is not one of them.

Dagen McDowell: All the government has to do is change the rule to expedite deportation. NYC is moving to allow legal immigrants who aren't citizens to vote in local elections, it's not unthinkable to see that they are trying to impact elections.

Adam Lashinsky: I think 3,000 is given the scope of the problem not a particularly large number. I think we should treat the immigrants in a humane way.

Gary Kaultbaum: The big problem is the whole immigration policy of this administration entices people to come over here. President Bush tried and failed to get immigration reform done because the Democrats and Republicans wouldn't get anything done. It's the same thing that is happening with President Obama.

Dagen Mcdowell: This is terrific, you have a private company coming in and saying if you work x amount of hours we will pay for your college degree. Also, it will de-stigmatize an online degree potentially. I love the fact that Starbucks is stepping up, I bet other companies will follow suit. It's a full bachelor's degree.

Charlie Gasparino: I hate these online degrees, I hate to say it.

Adam Lashinsky: I just don't see why we have to take this great story and bash the government.

Gary Kaultbaum: Kudos to Howard Shultz, this is a great move on their part. It promotes good will. It costs a lot more to hire someone than to retain someone. No doubt in my mind other companies will follow.