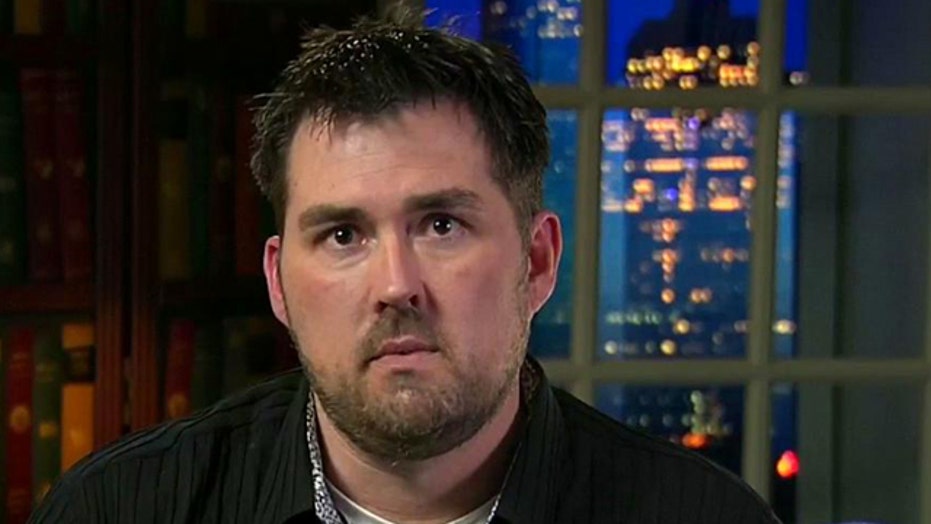 This is a rush transcript from "The Kelly File," January 14, 2014. This copy may not be in its final form and may be updated.

ACTOR TAYLOR KITSCH AS MICHAEL MURPHY: One -- let him go, hike up, he'll be found in less than an hour. Two -- we tie him up, hike out, roll the dice, he'll probably be eaten by wolves or freeze to death.

KITSCH: We terminate the compromise.

ACTOR MARK WAHLBERG AS MARCUS LUTTRELL: We cannot do that.

MEGYN KELLY, HOST: That is a clip from a new blockbuster film, "Lone Survivor," which tells the story of a 2005 Navy SEAL covert mission in Afghanistan. The scene that you just saw shows Mark Walberg portraying Navy SEAL Marcus Luttrell and recounts the fateful decision that led to the fire fight of their lives.

The real lone survivor and former Navy SEAL Marcus Luttrell joins me now. Thank you so much for being here, sir, and thank you for your service. This movie has gotten an incredible response. We talked yesterday about a theatre in Texas that had to close down the other movies. They didn't show "Wolf of Wall Street" and the other films they planned on showing because the demand of the "Lone Survivor" was so big. What do you make of the reaction to the film?

MARCUS LUTTRELL, FORMER NAVY SEAL: That was my hometown, so hometown support. But that's great, no, it's -- it is amazing, I had -- never in a million years would I thought it would have resonated through the American public like it did. I'm honored that it has.

KELLY: You know, there's been obviously some push back, some on the left we talked about an Atlantic magazine article, we talk about how they view this as propaganda, they didn't like the way the Taliban were portrayed in the film. We heard a little bit of that chorus going on in the national media. Your thoughts on it.

Bottom line, there's bad people everywhere, and every now and again, we're going to have to step to them to make sure that we preserve our way of life. And it's people like my teammates and I that have to do that, and men and women in the military. But there is nothing glorious about it. There is nothing pro-war. I mean, nobody wants war. It's the most horrible thing in the world.

I think if anything about the movie or about the story, it's that you go and you watch it, and it's about the brotherhood, it's about the guys that are willing to die for each other, no matter what. It's about the Afghani village that brought me in and it was good people everywhere. It tells a lot of stories I think. I don't see pro -- I don't even understand that term actually.

KELLY: Three out of four of you died because those goat herders did go on and report your position, and that's a decision that you have to live with and unfortunately, you know, things happen in a war like that. When people walk away from this film and understand what went wrong that day, but the service and the commitment you guys have made to this country, the ones who actually as you point out have to do it, not the like the rest of us who just cover it and talk about it. What do you want them to remember?

LUTTRELL: That's a tough question. It wasn't ever one of those situations where I was trying to throw something in somebody's face, I want you to say this is what you need to take away from this. That's not at all. I think that everybody goes in there and take something different from it.

I mean, we're all somebody's sons, fathers and husbands and we've got friends everywhere, and we just have a job to do and it's different than everybody else's, sure, yes. But it doesn't mean we love what we do and that we do it to the best of our ability no matter what the situation is. I mean, we swore an oath that we would do that. And I know sometimes things don't always go as planned and the way we wanted to, but that's nobody's fault. That just happens. That's war.

KELLY: Understood. Marcus, thank you for your service.