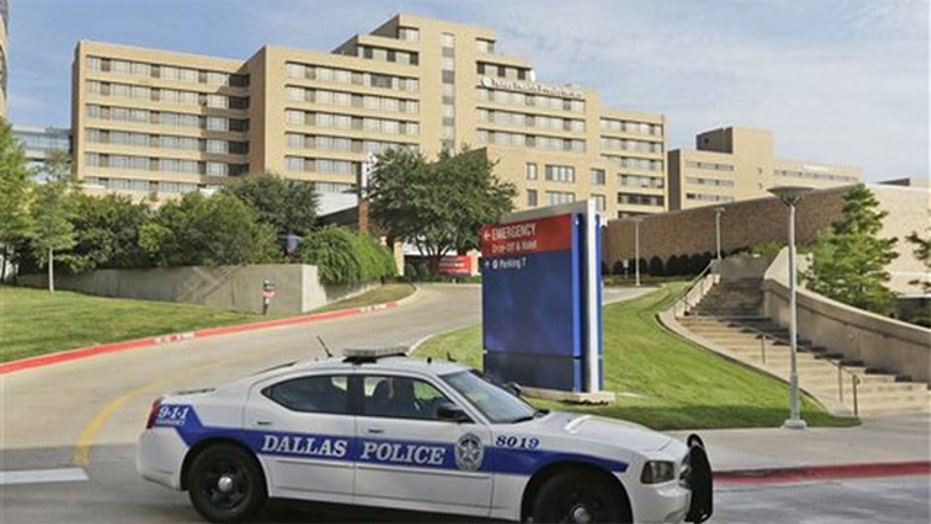 Questions mount over US preparedness for Ebola

Outbreak being 'stopped in its tracks'?

QUESTIONS MOUNTING OVER HOW PREPARED U.S OFFICIALS & HOSPITALS ARE FOR EBOLA

MICHELLE FIELDS: You can tell that were not prepared. Just looked at what happened in Texas. And to be honest unfortunately many of our hospitals are not good at containing pathogens. 75,000 Americans die a year from an infection that they get from the hospital.

JONATHAN HOENIG: One person has it vs. 325 million of people in the country. I think it's a little bit of hyperbolic to suggest that Ebola is here. I don't think it's here, I don't think it's actually going to be here. Where do epidemics occur? They occur in these tribal, mystical unscientific, third world countries and they have for centuries. Here in the west were a little more conscious about sanitation and about the disposal of dead bodies. We rely on science not faith, that's why epidemics don't occur and that why I'm not worried about Ebola one bit.

JEHMU GREENE: Instead of the blame game we should come together and solve this problem. This is a disease that's been around since 1976 and especially on the number one rated Saturday show on cable news we should not be fear mongering.

WAYNE ROGERS: Well I don't know if it's an airline responsibility or not but the people should certainly do something about it yes. If the airlines won't do it and the Federal Government won't do it, you got to do something here; you got to quarantine these people at least for the 21 day incubation period and the airlines should stop bringing people in from those countries. Anybody who comes from those countries-they've got to be screened.

JONATHAN HOENIG: I think it is Government's responsibility to protect us from invaders including from biological invaders like deadly infectious diseases. You don't have a right to infect someone else with Ebola. I don't think closing these flights to Africa are important I think maybe this is a time to profile people who are coming and going from Africa.

MICHELLE FIELDS: This is a national security issue which is why I think that we shouldn't allow people who come from Ebola-stricken areas to enter into the U.S. The administration stepped in back in July and halted travel to Israel; I don't know understand why the administration is not stepping in now when we have a national security issue where American lives are at risk.

JEHMU GREENE: As somebody whose parents immigrated from Liberia, I have family members still in Liberia, this disease is quite concerning to me personally from my family members who are still there. We though as Americans are not going to start discriminating against all Liberians, sierra Leoneans, all West Africans, we don't have to do that to maintain this disease.

MICHELLE FIELDS: He's acting like a child he never knows about everything, he never takes responsibility for anything. He did this with the VA scandal, with Benghazi, with the ObamaCare website. I mean it's endless. He needs to take responsibility.

JONATHAN HOENIG: What's ironic is that the President often talks about taking responsibility but taking responsibility means that YOU take it; you don't pass the blame on someone else. Unfortunately I think the president is responsible for a lot of the bad ideas now affecting the country. Were all in it together, you are your brother's keeper, do your fair share-that's going to have a much longer lasting detrimental impact on Americanism than I think anything the president is doing in the short term.

JEHMU GREENE: Were seeing corporate balance sheets are in the best place they been in decades. This has not translated to actually helping the bottom line for middle class families. And guess what? Raise the minimum wage, that will help, if congress would get off of their butts and do anything about improving our infrastructure to help create more middle class jobs, that would help. So this isn't about the President pushing off blame on Bush he should be getting credit.

WAYNE ROGERS: It is his fault. The man only listens to his foreign policy discussions which are briefed every morning. He has only listened to a little over 42 percent of those briefings. In other words he's not listening to anybody.