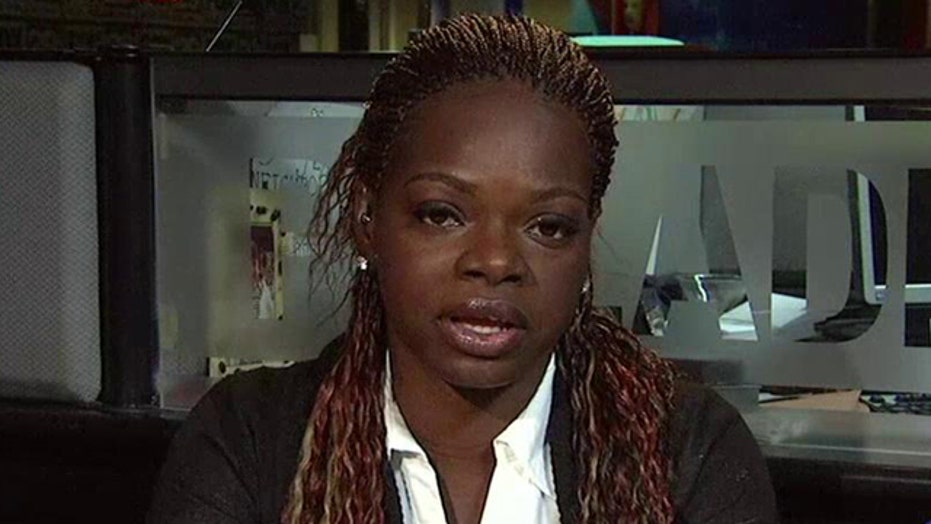 Prosecution of Shaneen Allen moves ahead

This is a rush transcript from "The Kelly File," August 14, 2014. This copy may not be in its final form and may be updated.

MARTHA MACCALLUM, GUEST HOST: And a first on "The Kelly File" tonight, a single mother facing up to 10 years in prison for bringing her licensed gun across state lines when she drove from Pennsylvania to New Jersey.

Shaneen Allen has no prior record. I recently spoke with Ms. Allen and her attorney, Evan Nebbin.

MACCALLUM: Shaneen, let me start with you, explain to everybody at home what happened.

SHANEEN ALLEN, ARRESTED FROM BRINGING LICENSED GUN TO NJ: I got pulled over by the police. I really didn't even think about, you know, the firearm being in my purse at the time until he asked for my credentials. When I went in my purse, before I went to get my credentials, I saw my firearm laying there. So, I let them know, you know, I had my license to carry on me and I had my firearm in my purse.

As I let them know that, you know, that's when they started to, you know lock me up and told me to step out of the vehicle and put cuffs on me.

MACCALLUM: Why do you generally carry a gun in your bag, Shaneen?

ALLEN: Well, that particular day -- I only have my firearm a week. So, when I -- the next day I was actually going to the range to learn how to shoot it at the time.

MACCALLUM: One of the ironies in this case is that the judge that made the decision -- you had sought a pretrial intervention for her so that she might have the opportunity to not go through a trial in this case given all of these circumstances that we're talking about.

Now, the irony is that the judge who made that decision and would not grant that to you did grant that exemption to Ray Rice who had knocked his girlfriend unconscious at a casino hotel and dragged her out of an elevator, isn't that right?

EVAN NEBBIN, SHANEEN ALLEN'S ATTORNEY: That is true. Ray Rice was actually indicted for aggravated assault, domestic violence. And he was permitted into the pretrial intervention program, which allows a first offender to avoid a criminal conviction and avoid jail time.

MACCALLUM: Shaneen, what do you think about the fact that Ray Rice got that exemption and you didn't get it from this judge?

NEBBIN: Right. And I told.

NEBBIN: And I told the prosecutor that Shaneen would accept a two-game suspension as well.

MACCALLUM: How did he take that? What was your response to that?

NEBBIN: So, it's ridiculous. Yeah, well, their response is we're going to trial. And I'm looking forward to that trial because I'm confident that 12 ordinary people will do what the system so far has failed Shaneen in doing. Outrageous.