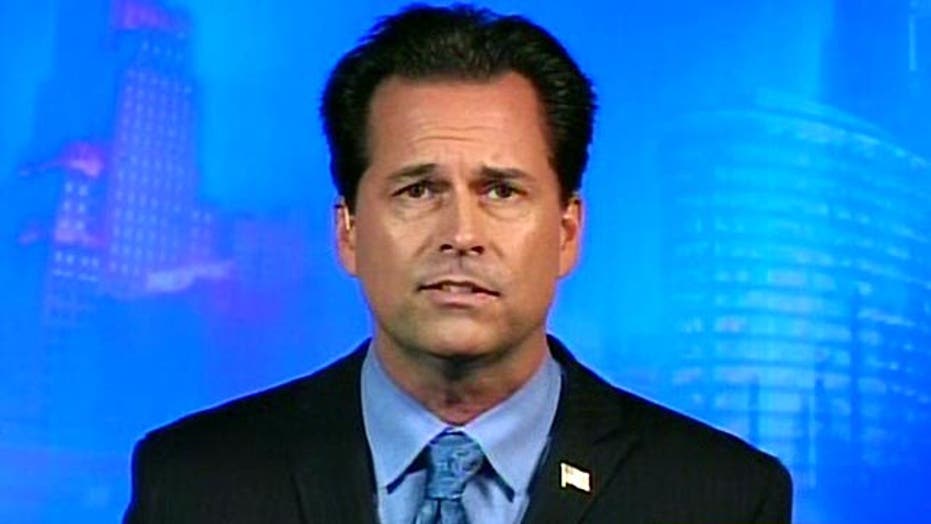 This is a rush transcript from "Hannity," November 8, 2013. This copy may not be in its final form and may be updated.

SEAN HANNITY, HOST: For years on this program, we have sounded the alarm about just how destructive ObamaCare would be if, in facility, it's implemented. And we even asked doctors for their take. Watch this.

DR. RICHARD CHUDACOFF, OB-GYN: Physicians are up in arms.

DR. PATRICK ABUZENI, PLASTIC SURGEON: When you layer bureaucrats on top of the doctor who is the executive of the patient health, you're going to increase costs.

PRICE: The plan that's on the table right now will not only harm health care, it'll destroy the quality of health care that we have in this nation.

DR. HAL SCHERTZ, PEDIATRIC UROLOGIST: I would say outraged is a good word for it.

AINSLEY EARHARDT, FOX NEWS CORRESPONDENT: One specific point that almost all the doctors were against, the support of the president's reform by the AMA.

DR. RICHARD ARMSTRONG, GENERAL SURGEON: The AMA signed onto this bill within about a day and a half or two days. The Obama administration announced that the doctors are on our side. Only 17 percent of the physicians in the country are AMA members. So the AMA may have officially been on their side, but for the administration to say that doctors are on our side, that's also not correct.

HANNITY: Now, it's pretty disturbing when you realize that many of those predictions have now become a reality. Now, even my next guest, who just happens to be the president's own cousin, has agreed to join us in our effort to set the record straight about ObamaCare. He, in fact, is a medical doctor who's now running for the United States Senate in Secretary Sebelius's home state of Kansas.

Dr. Milton Wolf, thank you for being here.

HANNITY: Oh, thank you, my friend.

Now, all right, so how are you related to President Obama?

WOLF: President Obama and I are cousins. I'm quick to remind people, though, that you cannot choose your family.

WOLF: What you can do is choose to rise up and stop your family from destroying America!

You know, and that lie about being able to keep your doctor and keep your plan -- that started, if you'll recall, one week before ObamaCare was voted on, when Kathleen Sebelius, our -- right here from Kansas -- when she had the report, her own report that showed 14 million Americans would lose their health insurance from ObamaCare, and she hid that. She hid that from the Congress and ensured that ObamaCare would pass.

But you know, she has a history of having trouble telling the truth. In her own confirmation hearings, you'll probably recall they were delayed because she was caught withholding information about receiving money from the late-term abortionists here in Kansas. And yet our Congress -- our Senate still confirmed her.

In fact, my opponent, Senator Pat Roberts, was one of only two Republican senators who gave her the two critical votes she needed to run ObamaCare. And that was Northeastern liberal Olympia Snowe and our very own Kansas Senator Pat Roberts.

Now, look, if it wasn't for Pat Roberts -- I know he's asking for her to resign today, but the irony is Kathleen Sebelius would not be in charge of ObamaCare today if it was not for Pat Roberts.

HANNITY: It's an interesting race, obviously, unfolding there. From your understanding of the law -- and I'll ask our panel here of doctors -- gave them free white coats, which is more than Obama will give them, and they actually get to talk.

WOLF: You know, this is so difficult, Sean. As you said, I'm a doctor. I am not a politician. And I deal every day with these -- with Kansans, with patients, with families. And these -- these folks are worried because they're seeing their rates going up.

And you know, the -- we talk about access to health care. Well, the surest way to keep a patient away from a doctor is to make things too expensive. And that's exactly what ObamaCare does. They call it the Affordable Care Act, but not a word of the -- not a word of that is true. It's not affordable and it does not provide care.

HANNITY: Yes. All right, Doctor, thank you so much for being with us. Really appreciate your time, and we'll be following your Senate race very closely. Thank you.

HANNITY: All right, appreciate it.