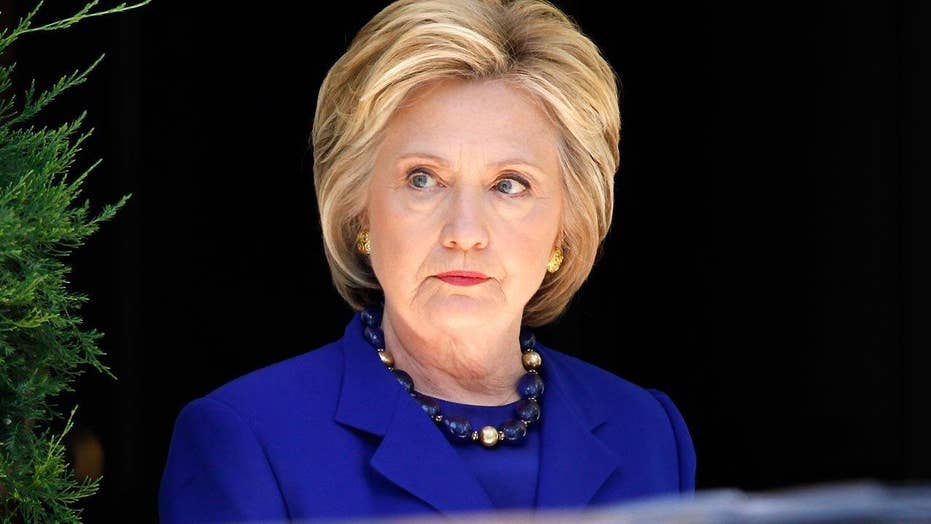 This is a rush transcript from "On the Record," July 6, 2016. This copy may not be in its final form and may be updated.

MARTHA MACCALLUM, 'ON THE RECORD' GUEST HOST: Donald Trump feeling pretty good tonight in Cincinnati, Ohio, talking about his campaign about the $51 million that they raised between their own events and also RNC events, in the month of June. Taking on Hillary Clinton, explaining himself on Saddam Hussein and various other topics, he is been going on for a little over an hour.

At this point we're going to jump away for a moment as we get to some other programming this evening. This evening, everybody I'm Martha MacCallum and I am in for Greta Van Susteren tonight.

Breaking news these evening, on another front. Off the hook, as expected. No criminal charges against Secretary Hillary Clinton. Just a few moments ago, Attorney General Loretta Lynch announced the Clinton email investigation is now officially closed, as far as the Department of Justice is concerned as well.

And now, House Republicans are irate that Clinton will not face any criminal charges over the private server. The House oversight committee is demanding answers from FBI Director James Comey, who had accommodated them. He said he will appear tomorrow at 10:00 a.m. on America Newsroom, as I may mention, where he'll be asked many questions about the process of that investigation.

Member of the House and Dell Committee, Kansas Congressman Mike Pompeo, has been hanging in there along with us tonight. We thank him for that.

Congressman, good to see you this evening, welcome to the program.

REP. MIKE POMPEO, R-KANSAS: Thank you Martha, it's great to be with you.

MACCALLUM: So, let's jump in on this Comey testimony tomorrow. What do you expect that he will be asked? What does everyone want to know?

POMPEO: Well, the list of questions is long. What he said yesterday is completely unexplainable. How is the case that you can lay out a perfect case for a classified information mishandling and then turn around and say, there no criminal charges are going to be filed, is mind-boggling.

And so, they will, I'm certain, ask questions about the process, how it was the case that he came to development the information, what is he still missing? They may ask him, as speaker Ryan, as Ryan said, what he thinks about whether she should ever be able to handle classified information at any time again in her life.

There's a long list of questions for tomorrow, and I expect it to be, I hope, a robust conversation about how such a thing could happen. How equal justice couldn't be delivered in this case.

MACCALLUM: Yeah, it's fascinating, because Director Comey did suggest that it wouldn't be in his purview, but that taking away someone's security clearance, when they had allowed all this classified information to be exposed on an open server outside of a secured environment, would in many cases lead someone to lose their security clearance.

That is an awkward situation for a would-be candidate for the White House. I don't know how you could not have a security clearance in that job, but there is an effort under way to prevent her from getting the kind of briefings, classified briefings, that candidates at this stage of the game start receiving?

POMPEO: Martha, Speaker Ryan talked about that. I think he is dead right. You know, I was a soldier, not too terribly long ago. And I remember what the penalty was for innocent mishandling of classified information. You were certainly going to lose your ability to access classified information, if not your job, nearly immediately.

And yet we got the Secretary of State and don't forget those are round or two, the Senior State Department officials who were also on those classified emails, who have had zero penalty imposed upon them for a very dangerous release of classified information to an unsecure setting.

MACCALLUM: Can this committee really get anywhere with this effort, do you think?

POMPEO: I'm sorry, could you ask that again?

MACCALLUM: Could this committee get anywhere with that effort? I mean, is there -- is it realistic at all?

POMPEO: I don't know. I don't know what Director Comey will be prepared to testify about tomorrow, but he owes the American people answers, or how it can be, that you declared excessiveness carelessness but not gross negligence in handling of top secret information.

I have read those 22 top-secret emails that she had on her homebrewed server, and I can assure the viewers tonight, that they have put American lives at risk. He ought to answer for how it's the case he can see those same e-mails, that same information, and decline to prosecute criminally.

MACCALLUM: One of the big questions, I think, is the FBI testimony that she gave. And whether or not that will be made public, because if she made the same contention to the FBI that she made to the public, that she never sent or received any classified information, that would be lying to the FBI, would it not?

MACCALLUM: There's also destruction of evidence, because he claimed in his statement that they found many e-mails that were never handed over, and that the attempts to uncover some of the emails meant that the server had been wiped clean. We heard that expression so much in the early stages of all this. What about that? I mean, you know that, doesn't that show some sort of intent?

POMPEO: I certainly think that it does. But remember, he also said he did not get them all. They were unable to recover all of those emails.

POMPEO: So that means there are still, a hundreds and hundreds of emails, perhaps thousands of emails that no one has ever seen. Many of which Director Comey said are likely to have prove to be government records, that is taxpayer records, records that belong to the American people, and they were deleted, and we may never get a chance to see the contents of those e- mails.

MACCALLUM: We may never. I think it says something about Director Comey that he jumped at the opportunity to answer those questions. He didn't drag his feet on it at all, and maybe he welcomes the opportunity to get a little bit deeper into the thinking of what happened at the FBI and, you know, I guess the big question is whether or not he'll open any doors into any pressure or influence that he may have felt about the presidential election or about the administration and their take on all of this. Congressman Pompeo many thanks, always good to see you, sir.

MACCALLUM: Thank you for sticking around.