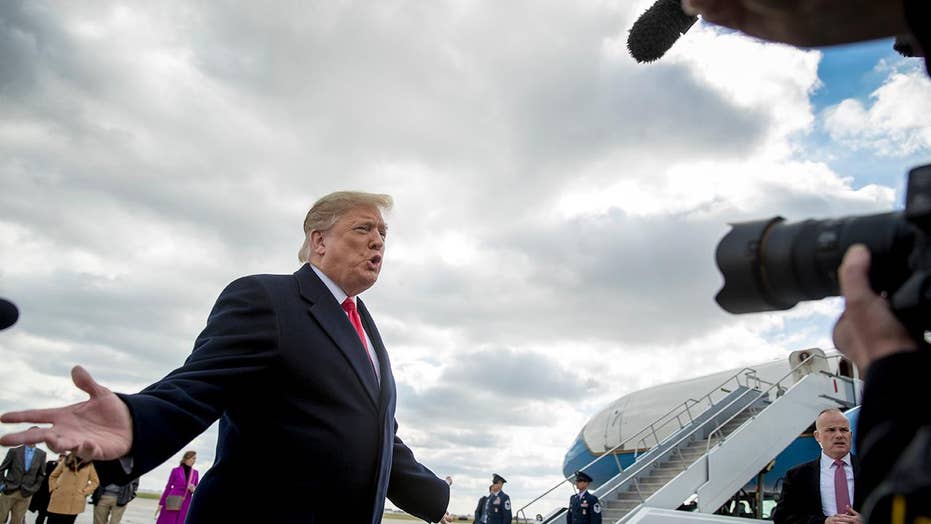 The politics of hate

This is a rush transcript from "Special Report with Bret Baier," October 29, 2018. This copy may not be in its final form and may be updated.

BRET BAIER, FOX NEWS HOST: A lot of talk about what the president has said, didn't say, did, didn't do in reaction not only to the pipe bombings but the shooting at the synagogue in Pittsburgh as a fallout continues eight days from the midterms.

Let's bring in our panel from D.C., Brit Hume, Fox News senior political analyst, Susan Page, Washington bureau chief at "USA Today," and in our Los Angeles bureau, Larry Elder, nationally syndicated radio host. Thank you all for being here. Brit, your thoughts on the fallout from the weekend?

BRIT HUME, FOX NEWS SENIOR POLITICAL ANALYST: It illustrates something that you may have heard me say before, Bret, which is that one of Trump's failings is that he thinks everything is all him, and one of his critics' failing is that they do, too. And this weekend's reaction to these hideous atrocities from last week, particularly the one in Pittsburgh, illustrate that perfectly. People were finding a way to blame him.

And look, I think he could elevate the tone of our discourse more than he has, and so on, but the idea that he is somehow responsible for creating a kind of atmosphere in which this sort of behavior is encourages I think is nonsense, and it's basically unfair to him.

BAIER: The president did tweet, and it raised some more eyebrows, as I mentioned earlier, with Governor Walker, two of the tweets did. "There is great anger in our country caused in part by inaccurate, even fraudulent reporting of the news. The fake news media, the true enemy of the people, must stop open and obvious hostility and report the news accurately and fairly. That then will be much to put out the flame of anger and outrage, and we will then be able to bring all sides together in peace and harmony. Fake news must end." The president was talked about today on CNN with an interesting exchange. Take a listen real quick.

JULIA IOFFE, GQ: This president has radicalized so many more people than ISIS ever did. The way he talks, the way he --

URBAN: We have to push back on that. That's irresponsible for her to say, the president of the United States has radicalized more people than ISIS is irresponsible.

BAIER: Susan, what do you think of all this?

SUSAN PAGE, WASHINGTON BUREAU CHIEF, "USA TODAY": I think it's not a helpful, healthy dialogue we have going on in this country with that exchange. I think deranged people are responsible for deranged actions, not officials.

I do find it pretty chilling, however, when the president calls the press the enemy of the people. That is not what I think the press does. It's not the role the founders had in mind for the press. It's not why the press is protected by the constitution. I think it just continues to inflame a situation that I think has concerned a lot of Americans. And I think the president missed an opportunity in the wake of these several horrific events over the last few days to take kind of a bigger tone, a more conciliatory tone, taking the role that presidents have taken in the past after times of big national trauma.

HUME: Bret, if I could just interject one thought here.

BAIER: And Trump supporters do say, Brit, Trump supporters says that he's talking about fake news and not the press overall. But they tried to get him to list who at the White House who the fake news media is, and they wouldn't play that game.

HUME: I'll just say this. I don't think the press are the enemy of the people, but I do think the mainstream media proves themselves to be the enemy of Trump, which is not to say that he should say they're the enemy of the people. But there has been a spate of bad and biased reporting such as I've never seen in the 50 years I've been in this business concerning him. And his bellyaching about it may not get it very far, but the tone of it is justified.

LARRY ELDER, SYNDICATED RADIO HOST: As far as I'm concerned, there is no question that Donald Trump has a legitimate beef when he talks about media being biased. And that's what I interpret him as meaning when he says fake news. Look at "The Washington Post" and "The New York Times," two of our arguable most important news organizations. The "Washington Post" has never endorsed a Republican president in its entire history, not even Reagan over Jimmy Carter. "The New York Times" has not endorsed a Republican since 1956.

And even organizations like Pew Research say that ABC, NBC, CBS, their nightly news coverage, anyway, over 90 percent anti Donald Trump coverage. There is a book called "Left Turn" by a professor named Tim Groseclose, a friend of mine, who teaches at George Mason University, and for the first time a professor tried to quantify the effect of a biased media on how people vote. And He argues that the media were truly fair and balanced, which is what Fox's slogan is, the typical state would vote the way Texas does, which is about eight or ten points in favor of Republicans.

There is no question that the biased news media has a negative effect on how people vote if you are Republican. I think Donald Trump is right to call them out on it. And there's a distinction between media and fake news media, which is what he's, in my opinion, trying to make.

BAIER: Panel, we appreciate it. We had two big interviews on there. We apologize, shorter time. Thank you all.